Regular and recurring characters introduced in the Doctor Who comics published by Titan Books. Please note this is part of the Doctor Who Expanded Universe, not the Whoniverse. 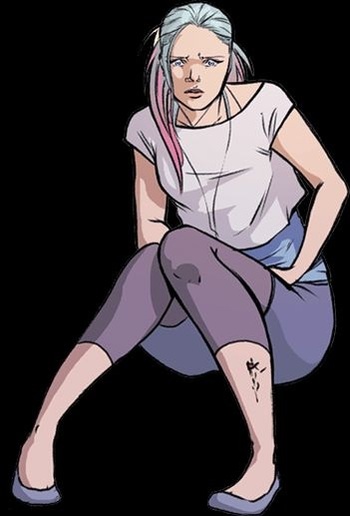 A young painter who the Doctor encountered squatting in a house he owns on twenty-first-century Earth. She enthusiastically agrees to join him as companion, but has an enigmatic origin. 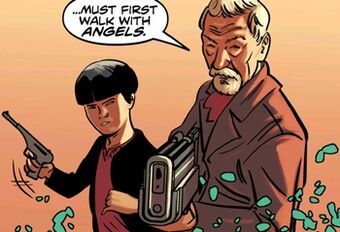 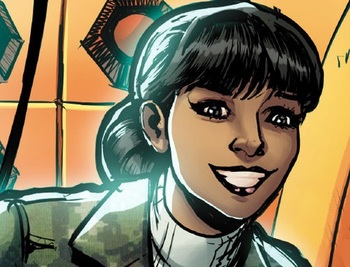 A young UNIT agent from the era of the Fourth Doctor's UNIT stories, who stowed away on the TARDIS in the hope of encountering even more adventure. 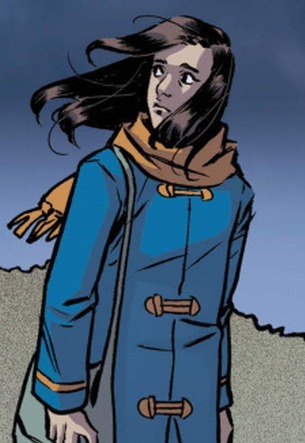 A young Latina woman from 2010s Brooklyn, looking for an escape from her family's disdain for her artistic ambitions and determination for her to become a cog in the family business empire. 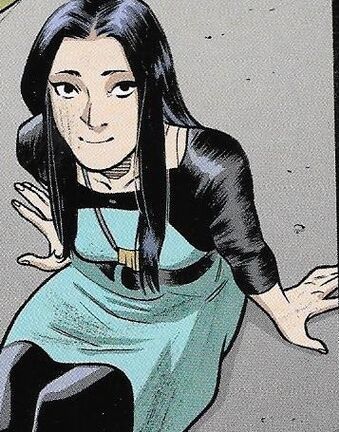 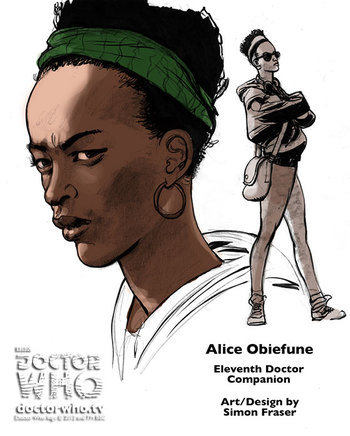 A working-class black woman near 40 from 2010s London, who encountered the Doctor while grieving for her mother and depressed by losing her job and home to Tories. She starts travelling with the Doctor for a chance to see the universe and do good, but that doesn't mean that she idealises him. 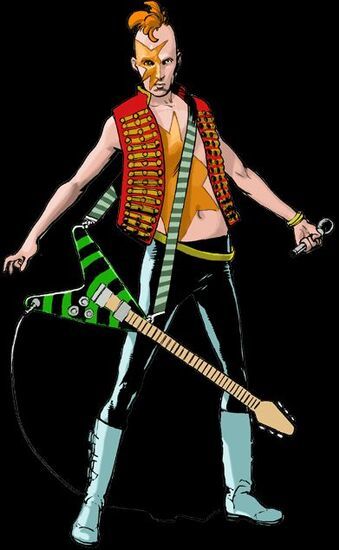 An incredibly dull would-be rock singer from the early 1960s. 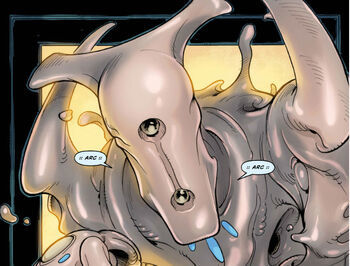 A shapechanging robot AI whom the Doctor rescued from evil vivisectors, and seems to have an enigmatic connection to all the series' plot arcs. 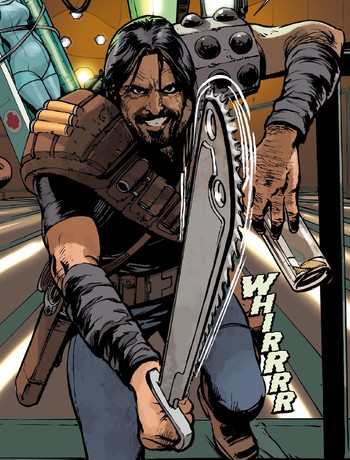 An ultraviolent bounty hunter and old acquaintance of the Doctor, who previously appeared in the Doctor Who Magazine comic strip. See the strip's character page for all trope examples. 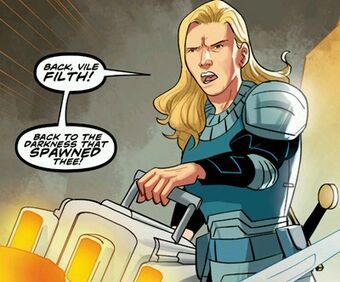 Another new companion in Year Two, she fought alongside the War Doctor in the Time War. And that's all that she or anyone else seems to know. 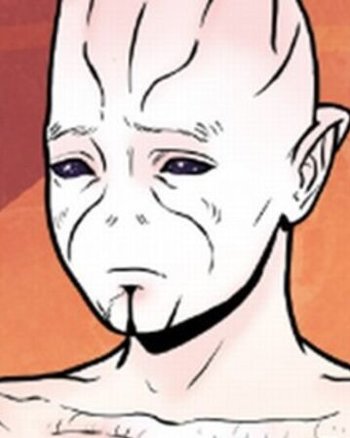 Joining the Doctor and Alice in Year Three, he's "a genocide child with a Time Lord's memories". 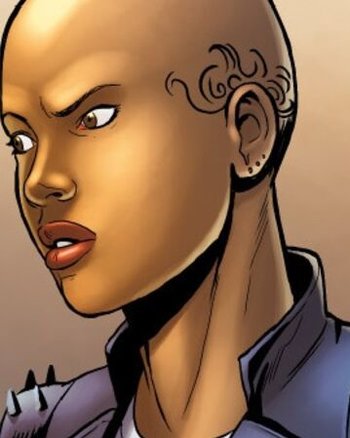 Introduced in Year Two, this punk rock musician of the 41st century is a human resident of the gigantic space station/colony known as The Twist. As a huge fan of her group Space Pirates the Twelfth Doctor, traveling alone post-"Hell Bent", attends one of their early concerts there only for him and her to be swept up in a crisis involving an accused murderer. They end up working together to reveal the truth about a Wainscot Society that exists alongside the human one. With her favourite vintage bass destroyed in the course of the adventure, the Doctor takes her along with him for a follow-up adventure by way of getting it replaced. At the top of Year Three, they meet again for another adventure, years later from her perspective and after her band has found fame and fortune. 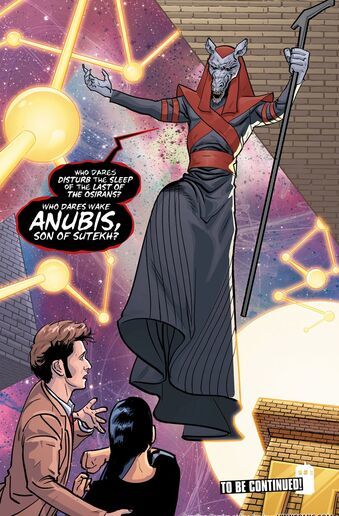 The son of the Fourth Doctor's old enemy Sutekh, left behind by the other Osirans to guard their technology against misuse until the time comes for him to join them in ascension. In Year Three, he joins the Doctor as a companion. 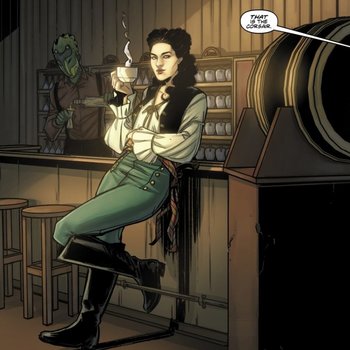 A very old friend of the Doctor's, the Corsair is a renegade Time Lord/Lady who pioneered the free-spirited, time-travelling lifestyle long before the Doctor. After the Corsair steals some valuable artefacts, the Doctor is falsely accused of the crime in her place before they have their long-awaited reunion and sort out the misunderstanding. Having been first referenced nostalgically in the television episode "The Doctor's Wife", Titan Comics' Thirteenth Doctor series marks the Corsair's first physical, contemporary appearance in official Who media, a full eight years since she was first mentioned. 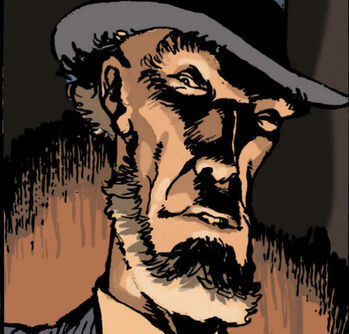 The mysterious entity behind ServeYouInc, whose speciality is giving people whatever they want. 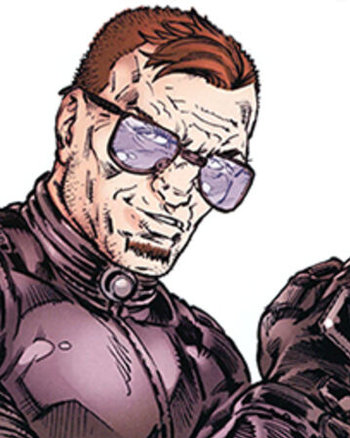 A brutal, ruthless, and sadistic enforcer for ServeYouInc.

The Then And The Now

The Then And The Now (Eleventh Doctor) 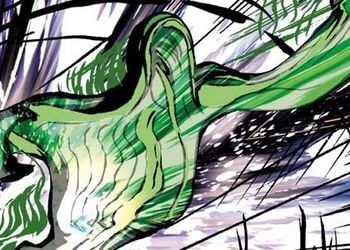 A terrifying bounty hunter who is set on the Doctor by the Overcast. 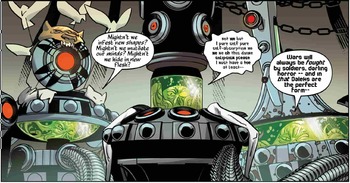 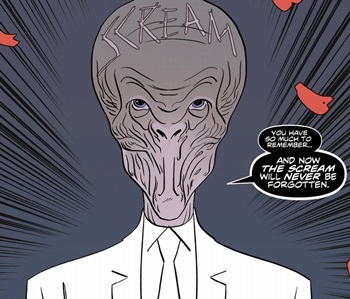 A particularly powerful member of the Silence, whose powers drove him insane. 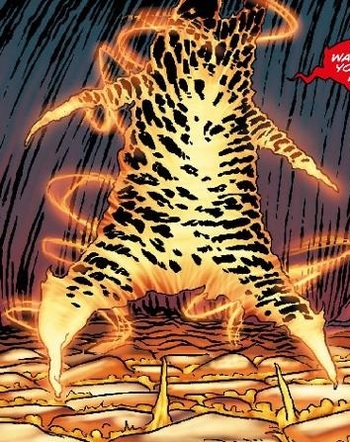 A race of intelligent stars who once acted as benevolent mentors to younger cultures, they became corrupt and evil in their desperation to survive beyond their natural lifespan as a species.