Doctor Slump has many different characters with their own quirks in Penguin Village. 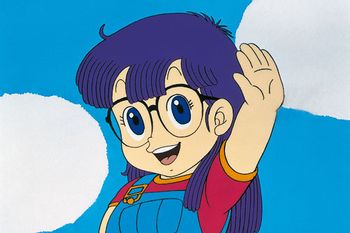 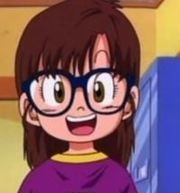 The protagonist of the series. A young robot girl that was created by Senbei Norimaki. 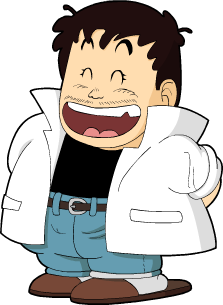 The secondary protagonist of the series. A scientist who made many inventions, including Arale. 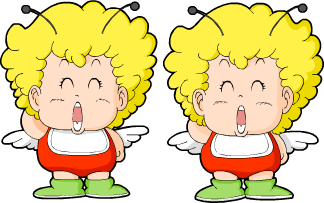 A cherub like creature that often hangs out with Arale. A second one was created later in the series.

A teacher at Penguin Village's Middle School. She then married Senbei later in the series and had children. 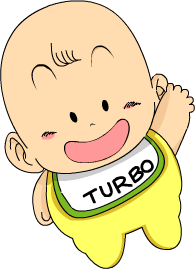 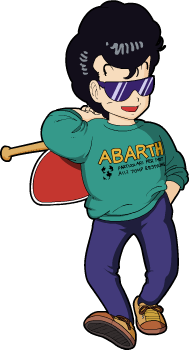 An older boy at Arale's school who usually hangs out with Akane and Arale. He eventually became a cop after graduating.

Taro's little brother and a classmate of Arale and Akane.

Taro and Peasuke's parents. Kurikinton is the town barber and appears more often than his wife.

As a whole
Tsukutsun Tsun 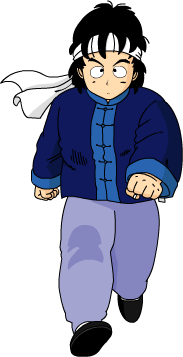 A kung fu practitioner. He looks a lot like Yamcha. 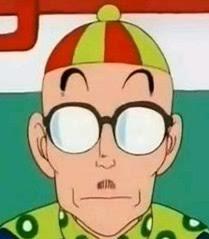 The father of the Tsun family and a lecherous inventor. 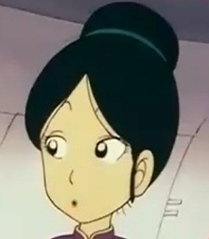 The mother of the Tsun family and Tsuruten's aggressive wife. 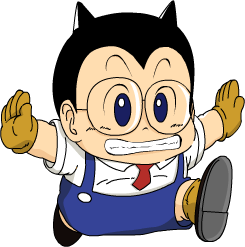 A robot boy designed by Senbei's rival, Dr. Mashirito under the name Caramel Man 004 to destroy Arale. However Obotchaman couldn't pull himself to do it since he has a crush on her. 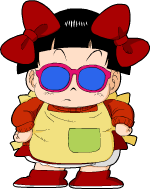 A toddler who has a taste in fashion.

A parody of Spock and one of Arale’s classmates.

Peasuke Soramame's much taller girlfriend who is two grades below him.

A tiny devil who comes to Penguin Village to collect human souls.

Chivil's older sister. A little witch girl who falls for a lot of guys. 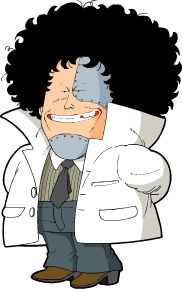 Another scientist in the village, and Senbei's rival.

A teacher at Arale's school with a very big head shaped like a chestnut.

A parody of Tarzan. He doesn’t get along with Suppaman.

A self-caricature of the manga's author Akira Toriyama that often interacts with the characters. 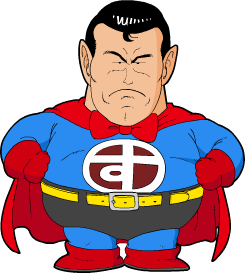 A superhero In Name Only and a parody of Superman.

The king of an alien race that is always accompanied by his unnamed servant.

An anthropomorphic fox who lives in the village. 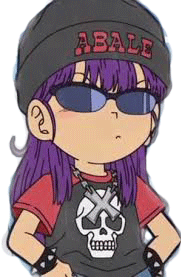 Another attempt of an Evil Knockoff for Arale, under the designation of Caramelman 023. This time, created by Dr. Mashirito Jr (Who is Dr Mashirito's son).
Retasu Sarada
Retasu Sarada (lit. "Lettuce Salad") is the little sister of Kinoko Sarada in the Dr. Slump Returns, But Only For a Little While manga series.
Karute Karte
The eldest son of a family of doctors who moves to the Penguin village.