Characters that appear in multiple games in the Disgaea series: 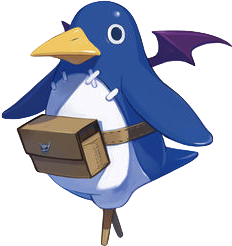 It's a prinny, dood.

Not actually a character per say, but still deserving of mention. Prinnies are exploding demon penguins who talk like Surfer Doods which serve as the primary labor force of the Netherworld (though they exist in Celestia as well and are treated better there). Etna keeps a squadron of Prinnies with her at all times. In fandom, they have been upheld by fans as the unofficial mascots of the franchise, a position since adopted by the developers, leading to their own spinoff game. All Prinnies contain the souls of sinners and criminals and, as such, are designated by the Powers That Be as the Butt Monkeys of the universe. 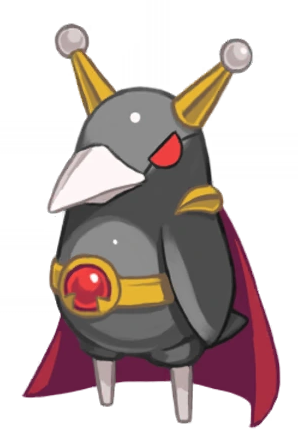 Take all the stats of Baal, and take out any plot description, and you get Pringer X. A Robot Prinny who tends to be even stronger than Baal and (alongside Valvolga) has slowly phased him out as final Bonus Boss in the series (until Disgaea 4's DLC). Originally based on a joke Etna made in her fake trailers in Disgaea: Hour of Darkness, Pringer X nevertheless made an actual appearance in Makai Senki Disgaea Episode 8, and became a true Bonus Boss in Phantom Brave. While Etna has made cheap knockoffs in the Prinny series called "Pringer Z", they aren't nearly as strong.
Pleinair Allaprima

Takehito "Haradaya" Harada's mascot, she first appears in the first game as a guide to the Dark Assembly (and in the remakes, a very broken recruitable character), and then returns in the second game to take over Etna's role of providing "previews" of the next chapter, in the form of a news broadcast. Accompanied by her rabbit, Usagi, who is also her emergency food source. Usagi's the one who actually does all of the talking. 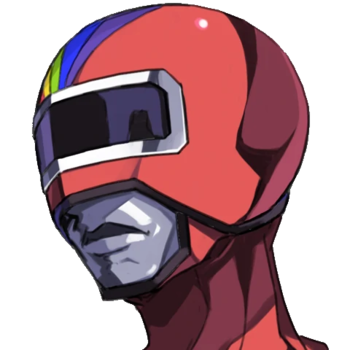 Let me make this perfectly clear! I have no friends.

Self-proclaimed heroes of justice, the Prism Rangers cameo in each of the main series of Disgaea games. They fight evil, declare the power of love and friendship, and fail miserably in each and every one of their appearances. Really, they're not even on the protagonists' radar. They are almost the human equivalent to Prinnies. But they mean well! Well, Prism Red does. And they're all pretty moronic. And this is Disgaea. But they try really hard.