Characters who appear in the TV series Dinosaurs and their associated tropes.

This page is currently under construction; contributions are appreciated.

open/close all folders
In General
Advertisement:
The Sinclair family 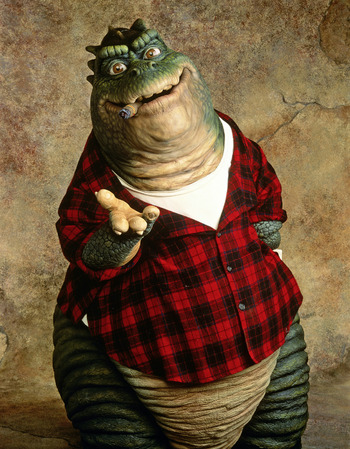 The not-quite-bright patriarch of the family, who works as a tree pusher for the WESAYSO Corporation. 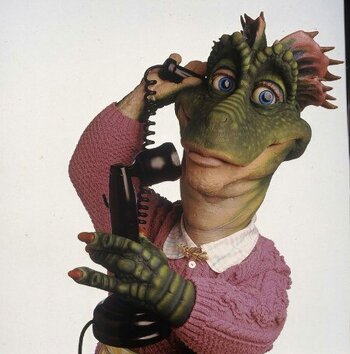 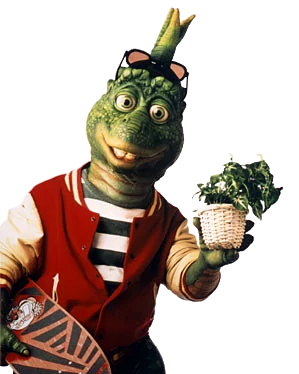 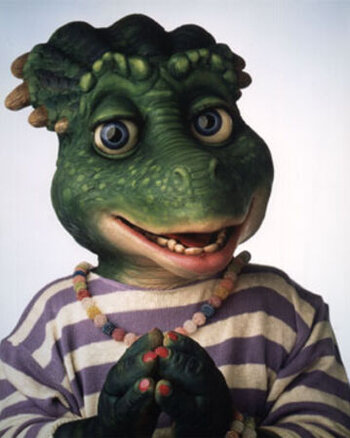 The daughter and Robbie and Baby's sister. 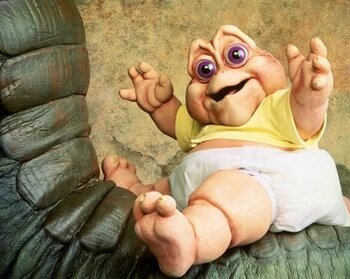 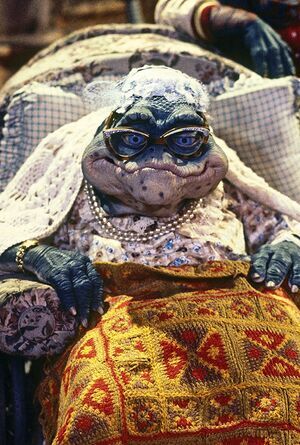 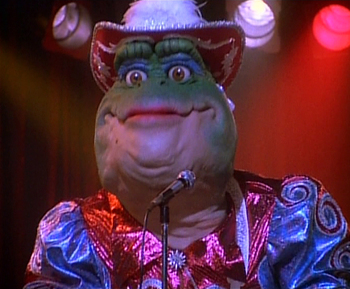 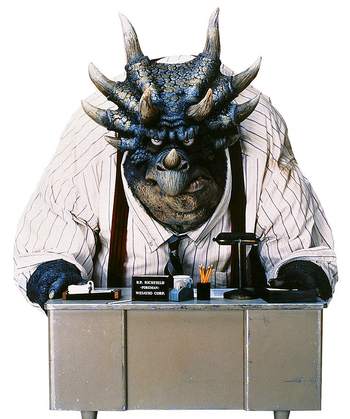 Fran's friend, and the only four-legged dinosaur seen on the show.

Voiced by: Christopher Meloni
Puppeteered and suit performed by: David Greenawaynote Spike always has one hand in his pocket, allowing his suit performer to also operate his face, John Kennedy (assistant, "Dirty Dancing")

Voiced and puppeteered by: Kevin Clash