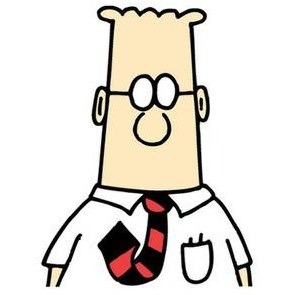 Voiced by: Daniel Stern
An Unlucky Everydude who would be the Only Sane Employee if he hadn't stopped caring about his work years ago. Failure Is the Only Option when it comes to his attempts at dating. 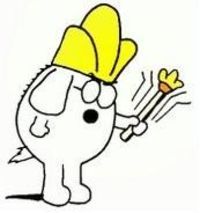 Voiced by: Chris Elliott
Dilbert's anthropomorphic dog and foil. An Evil Genius, Heroic Comedic Sociopath and The Barnum who constantly exploits everyone with consummate ease. He is bent on Taking Over The World and succeeded a few times, but relinquished his power because Victory Is Boring.
Ratbert 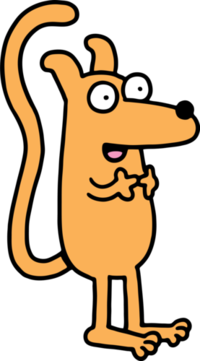 Voiced by: Tom Kenny
A rat adopted by Dilbert who just wants to be loved. Demoted to Extra after the strip started focusing on Dilbert's workplace.
Bob the Dinosaur

The Artifact from before the strip began devoting itself to office humor. Used to have a mate named Dawn and a son named Rex, but they fell prey to Chuck Cunningham Syndrome.
Dilmom 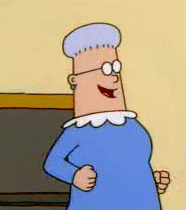 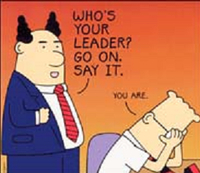 Voiced by: Larry Miller
His own namesake trope sums it up. Dilbert's nameless boss is dumb, sometimes descending to ditz levels, and utterly sociopathic.
Wally 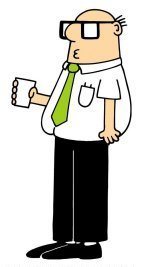 Voiced by: Gordon Hunt
The poster child for Dismotivation, Wally is The Slacker and happily exploits his Ultimate Job Security to the fullest extent.
Alice 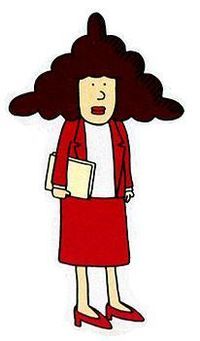 Voiced by: Kathy Griffin
Workaholic who responds to the hopelessly clueless of the workplace with her "Fist of Death".
Asok

Voiced by: Tom Kenny
An intern from India, Asok is The Pollyanna and a Bollywood Nerd. He has genius-level IQ (and psychic powers), but is naïve when it comes to the company's bureaucracy and incompetence. 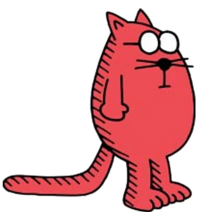 Not so much a Sassy Secretary as a Bitter Secretary Who Hates The World, Everyone In It And The PHB In Particular. Constantly messes with the PHB, sometimes plotting to kill him, while doing her job in the most haphazard way possible.
Loud Howard

A minor character appearing in a few strips he became an Ascended Extra in the TV Show. His main distinguishing feature was that he was extremely loud.
Tina the Tech Writer

Introduced as a Straw Feminist (her introductory strips literally dared readers to become as offended as possible), she is now mostly played as simply The Chick, in contrast to Alice.
Ted the Generic Guy

A personality-less employee used in situations which would otherwise require a one-off character. Has thus been fired and killed a number of times, but it never sticks. Scott Adams has joked that there must be more than one Ted in the company.
The CEO

A guy with a tall bald head who makes the PHB seem like a kind person in comparison. There have been several different CEOs in the series with the same appearance and personality, making him an upper-management version of Ted.
Finance Trolls

The trolls in charge of accounting.

The office robot, who first appears to take over Wally's functions.
Topper

One of Dilbert's coworkers, with the annoying habit of trying to outdo everyone at everything.
Mordac

Mordac, the Preventer of Information Services

The tech guy of the company... in theory. As his name suggests, he goes around making everyone's work just that little bit more difficult.

Phil the Prince of Insufficient Light

Phil the Prince of Insufficient Light

An extremely intelligent man who seems to be something of a mentor to Dilbert.
Liz

Dilbert's first and only steady girlfriend, a materials engineer who meets Dilbert at a co-ed soccer game. She appeared in the comic from 1994 to 1996.