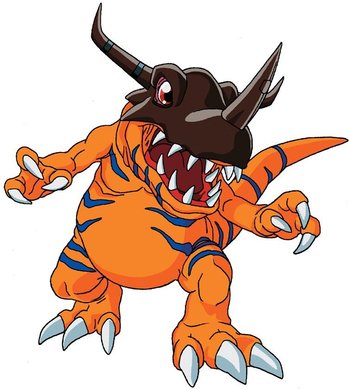 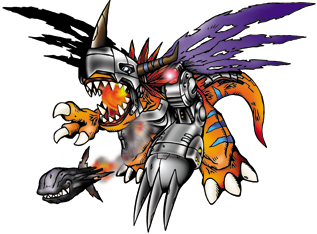 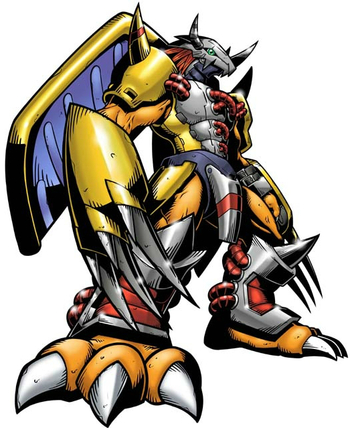 An Agumon which inhabits the northern region of Native Forest, he is the other main contender for the most powerful member of Native Forest along with Kunemon. He is seemingly oblivious to what happens south of where he resides, and doesn't bother venturing there often if ever, so he is ignorant to both Coal's existence and that of many of the other inhabitants since they all refuse to go near the powerful Agumon. While he may not know of Coal, Coal feels sickened by there being another Agumon of sorts around who is stronger than him and so he wishes to overcome him one day and prove himself the superior Digimon.

While once Coal may have had some level of respect for him, after he killed Kuwagamon after Kuwagamon could no longer truly fight Coal has nothing but seething hatred for the Digimon and a new-found desire to grow stronger than him to one day kill him and repay him for what he did to Coal's first friend. 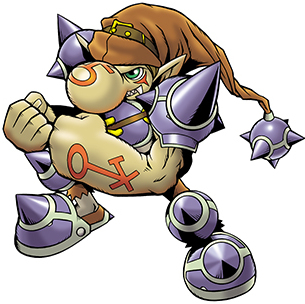 A rather unintelligent rock Digimon, Gotsumon can usually be seen in Agumon's company, first making his appearance by fighting Sovrano and Coal while Greymon attacked and killed Kuwagamon, thoroughly earning both the Impmon and BlackAgumon's eternal hatred. After the fight between him and Coal in the Tropical Jungle, he managed to snag the [[spoiler: Human Spirit of Earth and digivolve into Grumblemon but not before losing his Golemon form and data.

Working with Agumon, Gotsumon doesn't seem to really have any malice for anybody, being far too dumb to realize or understand that Coal and his friends don't want to be killed but fights them anyways due to thinking that that's what he should do. 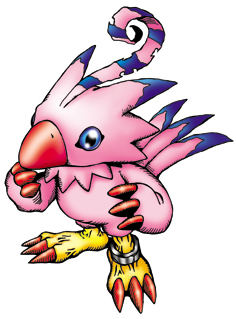 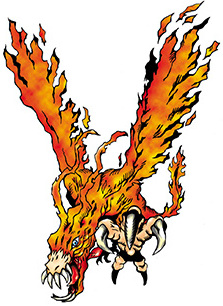 A Bird Digimon who works with Agumon and Gotsumon, she's generally run into and fought with Coal a few times before she found the Human Spirit of Wind in the Great Canyon and became Kazemon. While she's generally not as brutal as her companions, she does have a hatred for Coal due to him being the cause of her sister's death. 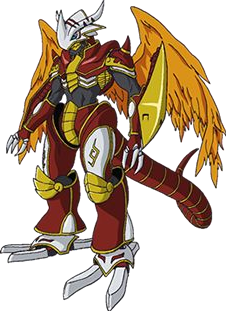 First met when the meeting between Daemon and Cherubimon was taking place, Agunimon is one of the spirit-wielding Digimon under Cherubimon's banner and embodies the best elements of the Light should be: caring, compassionate, a savior and bastion to the weak no matter the type or species and, overall, just a really stand-up guy.

One of the nicest, or at least sympathetic, of Coal's enemies, Agunimon is a firm believer in his own honor code, wherein the merciless deletion of weaker foes is looked down upon and every Digimon is deserving of a second chance. 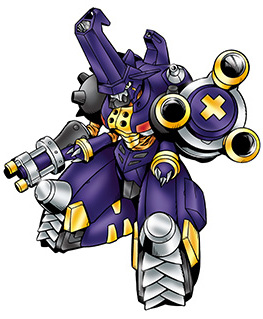 Possessing the Human Spirit of Thunder and taking its form, not much is known about Beetlemon, as he's often taken a backseat to other characters such as his Best Friend Agunimon or Agumon. What is known about him is that he works rather well with the former in combat and he enjoys walking around the forested areas of the Digital World.

Crimson
The leader of the Blood Knights and brother to Cecilia. Coming from an underprivileged and harsh background, he is quite driven to succeed even if it means spilling blood to do it.
Damien
One of the higher ranking Blood Knight officers, he is partnered with Etemon.
Etemon
Damien's partner and former announcer at fighting events. Implied to be a reincarnation of the Etemon from Digimon Adventure.

Marcus
A Human who is aligned with Cherubimon and the Blood Knights, being quite the blood knight himself. His tendency to punch first and ask questions later has caused problems between him and Smoke.

Gaia Two
A clone of War Greymon, he is Marcus' partner and fights right alongside him. Named after Gaia, his father's friend.
Henry
A reasonable Human who is about the only thing keeping Marcus from just punching everything on his way through the Digital World. Partnered with Terriermon.
Terriermon
Henry's battle-loving partner who is not quite as calm and reserved as him. 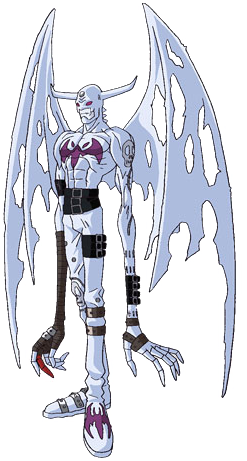 One of the most dangerous and unhinged Digimon around, IceDevimon first appeared when Coal and Sovrano journeyed to the Tropical Jungle and, through one of their many fights with Agumon and co., ended up getting separated from each other. Showing himself to be rather smug, sociopathic and downright chilling when it comes to his attitude towards other Digimon, he quickly makes himself the biggest threat in the jungle and takes a rather unnerving and pointed interest in Inari.