A beautiful girl who leads the mysterious army Twilight. She appears to be searching for strong soldiers for an unknown purpose. She's not really the leader of Twilight and just a puppet of DarkKnightmon's who is being manipulated because she wants to save her brother Yuu and return home. She joins Taiki and Xros Heart in Episode 21, along with those members of Twilight who actually supported her. 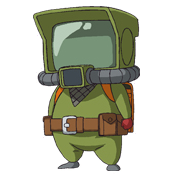 A trio of ninja Digimon who serve Nene, spying on the heroes and collecting information for her. The Monitamon join Xros Heart along with Nene in Episode 21.

Hi-VisionMonitamon, a merger of three Monitamon. A variety of Monitamon dressed in black and with an HD televisionnote "Hi-Vision" is the Japanese term for HD television for a head instead of an old CRT TV, with a yellow satellite dish mounted on top of it. 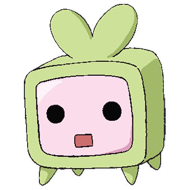 A tiny light green TV-shaped Digimon that Nene carries in her arms. Monimon joins Xros Heart along with Nene in Episode 21. 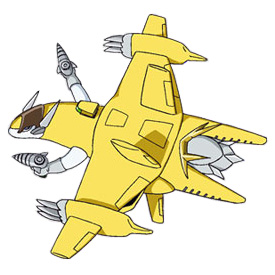 A female Digimon in the shape of a yellow fighter jet, who serves Nene. She joins Xros Heart along with Nene in Episode 21, and contributes to the Shoutmon X5 and Shoutmon X7 Xrosses.

Sparrowmon After Burner, with Ballistamon. Ballistamon becomes a pair of jet engines attached to Sparrowmon's back, allowing her to fly at high speeds. (Manga only)
RaptorSparrowmon, her natural evolution. A much larger Sparrowmon with huge wings, several tendril-like tails, legs, and a more bird-like appearance. (Manga only)

Joined the Bagra Army in episode 31, remained separate in the manga. 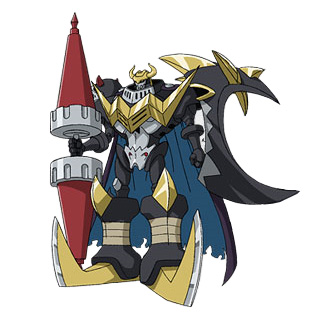 A powerful, mysterious Digimon that belongs to Nene's Twilight army. He is the true leader of Twilight and is in possession of the Darkness Loader, which he claims will unlock his desires. Episode 29 reveals that he is in fact Bagramon's younger brother. 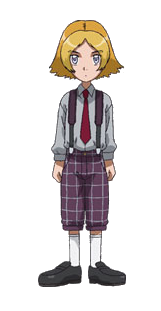 Nene's younger brother. He was manipulated by DarkKnightmon into leading the Bagra Army as its primary tactician, believing it all to be just a game.