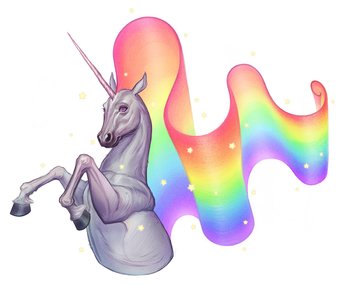 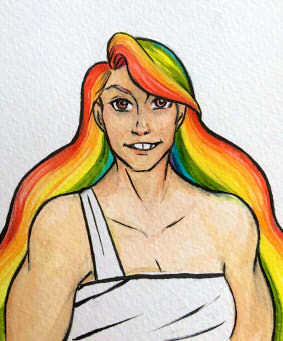 Played By: Leon Thomas
"I am a unicorn!"

Violet (or to call her by her full non-canon name, Violet Skittles Unicorn), is a barbarian sailor unicorn. She starts the campaign out kidnapped by a bullywug.

Played By: Johnny Maloney
"My friends have a tendency to... die." 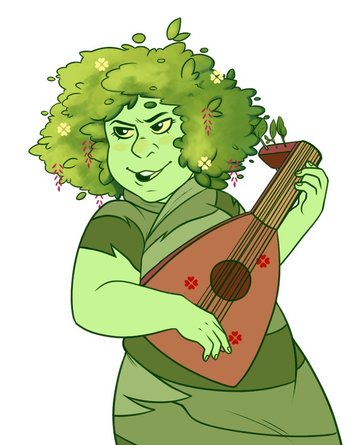 Played By: Lauren Morgan
"I've already died. I'm pretty sure you only get one."

A half-dryad (it's complicated) bard. Once a human, she was brought back to life by the goddess Ehlonna after dying to defend a sacred tree in her natal village. 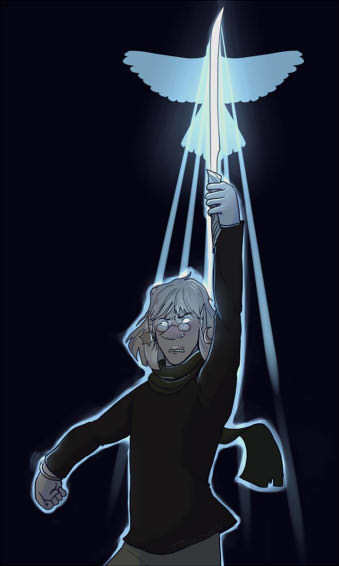 Played By: Michael "Skitch" Schiciano
"Actually Violet, I have an equally important task for you that does not involve smashing anything. Except smashing us all with knowledge."

Alias is an Eladrin rogue far traveller. And it's actually pronounced "El-lee-us", by the way.

The dungeon master for season 2.

Joan
Joan is a Drow whom the party meets near Meadowlark island, and attempts to guide them towards the cause of the flooding while shielding the specifics of her agenda. Her former full title was Joan, Scion of Lolth, Protector of Black Amber.
Ziggy Ribbits
Ziggy is a bullywug mage travelling under orders of the chief of Hole-in-the-earth.
Sheriff K
Vinnie's adoptive father, and one of two leaders of the cult of Ehlonna in Spira. His full name is Keenan Bird.
Cyldiel Valamin
Alias' mother, who stomped through the planes after receiving a letter from her son asking for assistance.

Tusk
The former commander of the Orcish soldiers in the Tiger Mountains before being supplanted by his cook Guy.

A hag manipulating various mortals of the material plane in order to obtain magical components.
The Voice

An bodiless entity that has followed Drop a very very long time, and occasionally speaks to him.