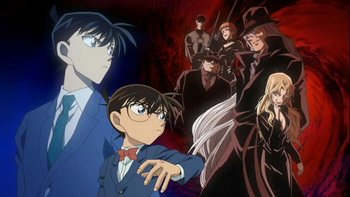 The Black Organization serves as the main antagonist in the series. It is a secret syndicate that commits a number of crimes for various reasons which range from blackmail to robberies to assassinations.

Mandatory naming note: All of the codenames are related to alcoholic beverages. 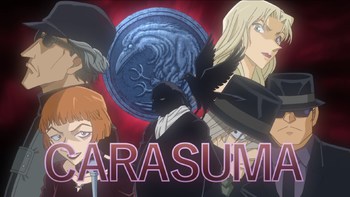 The leader of the Black Organization. 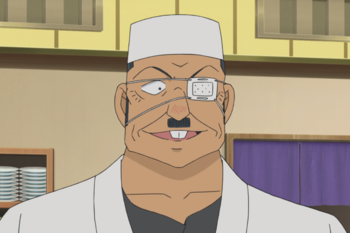 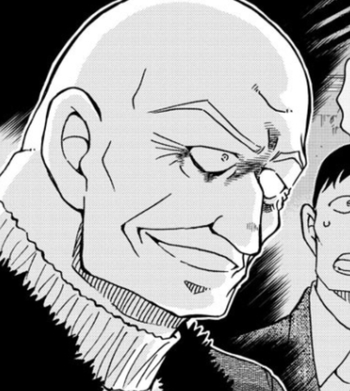 The second-in-command of the Black Organization, rumoured to have many faces and names. In File 1066, it is revealed that Kanenori Wakita, an gauze-wearing sushi chef at Beika Iroha Sushi is the real Rum, wearing a false mustache, wig and buck-teeth to get closer to Kogoro. 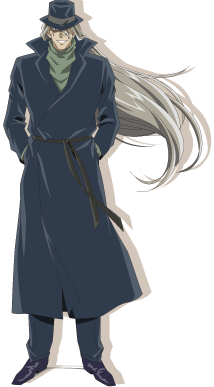 One of the Black Organization's most dangerous operatives (arguably the most dangerous of those that have been introduced), and the one who is unknowingly responsible for Shin'ichi's current "vertically challenged" condition. 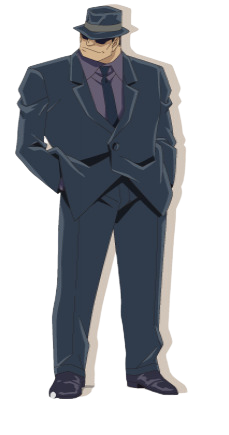 Sherry
See here for more information on her.
Atsushi Miyano 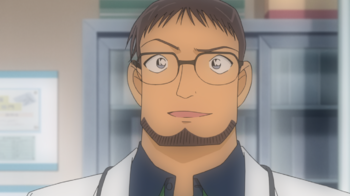 Ai and Akemi's father; the husband of Elena Miyano. He worked on the APTX 4869 project with his wife. He and his wife died shortly after Ai's birth, supposedly in an accident. Ai later took over their research, but its exact goal and purpose has not yet been revealed. 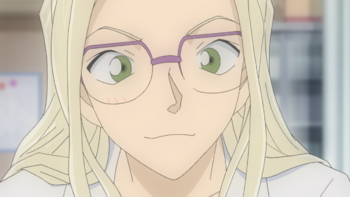 Ai's and Akemi's mother; the wife of Atsushi Miyano. She who worked on the APTX 4869 project with her husband. She and her husband died shortly after Ai's birth, supposedly in an accident. Ai later took over their research, but its exact goal and purpose has not yet been revealed. 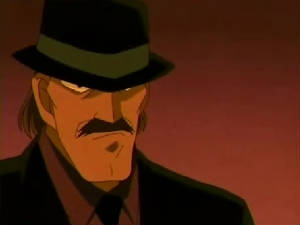 A large intimidating operative working in computer science. He was unintentionally killed shortly after his introduction

The lead female operative of the Black Organization introduced during the Organization's initial hunt for Miyano Shiho. An expert at impersonation, she is a notoriously independent Wild Card even among her own allies and always puts her own agenda above all other goals—wildness tolerated only because she is the Boss' "favorite." However, her most recent activities have shown her willingly working along side Bourbon. It turns out she has history with the cast and Shinichi and Ran in particular. Throughout the course of the manga she comes to believe that Shinichi, and not Akai, is the real "Silver Bullet" that will eventually destroy the Black Organization. But while she's not above manipulating Shinichi or threatening those around him, she would do almost anything to prevent him and Ran from being killed.

Her known aliases are Chris Vineyard and Sharon Vineyard. 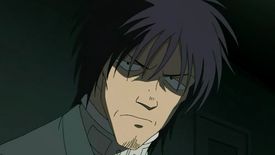 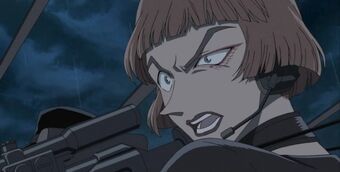 The wild and aggressive assassin of the Organization. 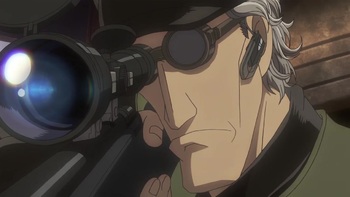 The silent and non-social sniper of the Organization. 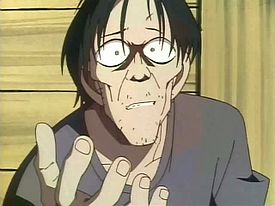 A certain Serial Killer who has some ties with the group... 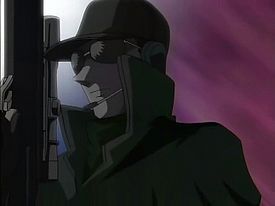 One of the many snipers hired by the Organization with a soft-spot for Vermouth. He commits suicide over being taken into custody by the FBI. 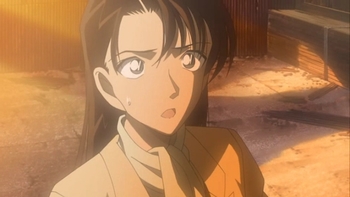 A rather sympathetic member of The Syndicate. Akemi is Ai Haibara/Shiho Miyano's dead older sister, having been murdered by the Syndicate. 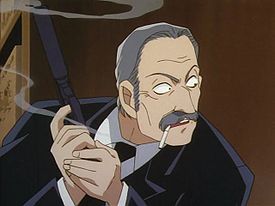 A major financer of the Black Organization as a car company chairman. His real name is Kenzou Masuyama. He was killed by Gin personally for having been caught on camera during one of his murderings. 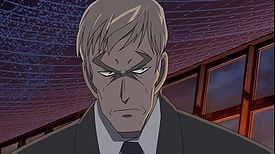 A very bright and large Organization member who is vital to the plot of the 13th movie, The Raven Chaser. 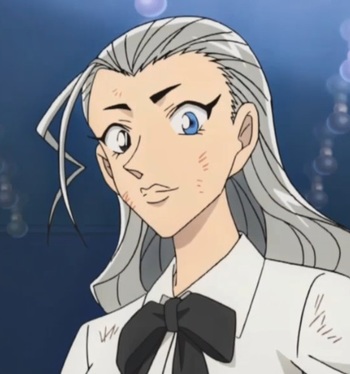 A high ranking Black Organization member responsible for stealing NOC agent list from the NPA Security Bureau Office. After a botched escape attempt, she lost her memories and came across Conan and the Detective Boys, who try to help her regain her memories. She sacrificed herself to save the kids and countless civilians when the Ferris Wheel is about to crash into the Marine Park.