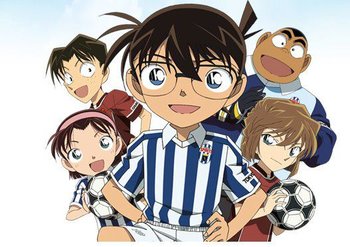 Consisting of Conan, Haibara, Mitsuhiko, Genta, and Ayumi, they are a Five-Man Band of kid detectives.

Mandatory Naming Note: Their group name comes from the group of the same name in Edogawa Ranpo's novels.

See here for more information on her.

The one and only emotional girl of the Detective Boys before Ai Haibara joined the group later in the series. 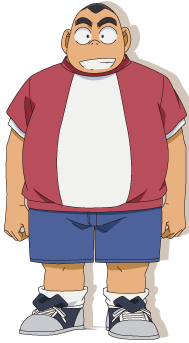 The big kid of the group who enjoys to eat, but isn't the brightest of the bunch.

Dub Name Change: George Kaminski.note His original last name of Kojima is used instead in a few early episodes

The lead boy before Conan joins the group who genuinely tries to provide Conan with legitimate feedback on cases that the group comes across; most of the time to no avail.

Friends of Shinichi and Ran

Shinichi's next door neighbor who makes a living developing odd inventions; some of which are put to use by Shinichi throughout the series. Shinichi appears to have the utmost trust in him, having no problem of revealing his identity to Agasa only moments after being shrunk by the APTX-4869 pill.

Later on, most of his appearances amount to playing the adult who looks after the Detective Boys, becoming the unintentional guardian of Ai Haibara (aka Shiyo Miyano) when said character shows up at Shinichi's doorstep, and providing insight for Shinichi to help combat the Black Organization.

During most cases that involve the Detective Boys, Shinichi will force Agasa into the spotlight to explain the case at hand.

The love-seeking daughter of a very rich family, and Ran's best friend. On rare occasions, mostly from cases that involves just her and Ran, Shinichi will put Sonoko to sleep, and talk as her in a manner similar to how he uses Kogoro as the scapegoat for explaining the case at hand.

She eventually gains an actual boyfriend in the form of an international karate champion, Makoto Kyogoku, but still finds time to flirt with other men (Kaitou Kid in particular) to compensate for the fact that she can't handle being in a long-distance relationship.

Relatives of the Kudo Family and Mouri Family 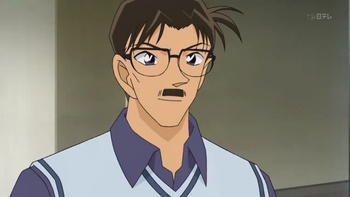 Famous mystery writer and Shinichi's father. He lives with his wife Yukiko in Los Angeles, but he and Yukiko drop by regularly to check on Shinichi. As of chapter 1007 (anime episode 942), he and his wife have returned to Japan to monitor the situation and live with Subaru Okiya in Shinichi's house. 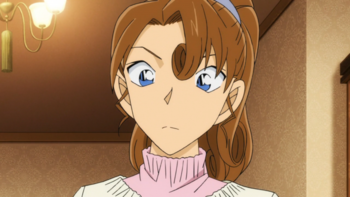 Shinichi's mother, an old friend and rival of Ran's mother Eri, as well as a former teen model and actress; past jobs that have even brought upon her a connection to the Black Organization's member, Vermouth.

She currently lives with Yusaku in Los Angeles, but they drop by regularly to check on Shinichi. As of chapter 1007 (anime episode 942), she and her husband have returned to Japan to monitor the situation and live with Subaru Okiya in Shinichi's house. 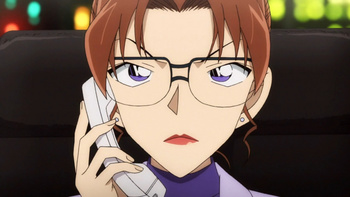 Ran's mother and the estranged wife of Kogoro. She's a very successful attorney.