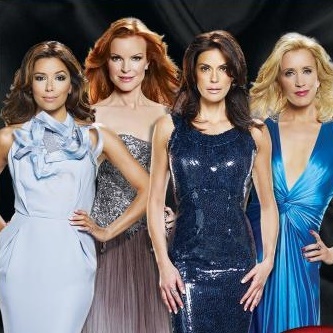 The main protagonists of the show, four housewives and friends inhabiting Wisteria Lane, a street in a suburbia of the East Coast city of Fairview. 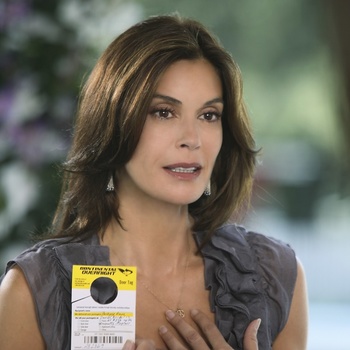 Played by: Teri Hatcher
Dubbed by: Claire Guyot (French)
"It was common knowledge on Wisteria Lane that where Susan Mayer went, bad luck was sure to follow. Her misfortunes ranged from the commonplace, to the unusual, to the truly bizarre."
— Mary Alice Young

Known for being a hopeless romantic and a klutz, as well as for her occasional portrayal of the "damsel in distress", Susan is arguably the most fragile of all the housewives, and is often considered the nicest and most adorable one. 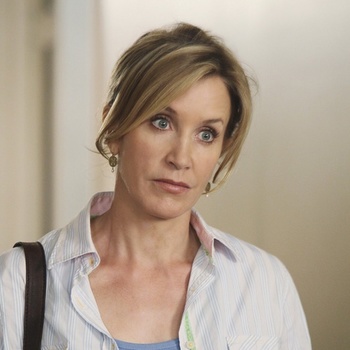 Played by: Felicity Huffman
Dubbed by: Caroline Beaune (French, all seasons bar early season 5), Marie Vincent (French, early season 5)
''"She used to see herself as a career woman. And a hugely successful one at that. She was known for her power lunches, her eye-catching presentations and her ruthlessness in wiping out the competition. Lynette gave up her career to assume a new label: the incredibly satisfying role of full-time mother."'f'
— Mary Alice Young

Mostly known for being super controlling, with a tendency to slightly berate people she holds dear to her heart, Lynette is a neurotic, stressed and controlling businesswoman who put her career on hold to become a housewife and mother. 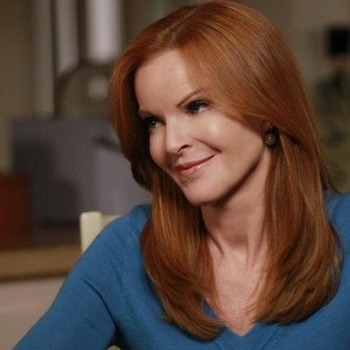 Played by: Marcia Cross, Mackenzie Brooke Smith (age 10)
Dubbed by: Blanche Ravalec (French)
"I remember the easy confidence of her smile, the gentle elegance of her hands, the refined warmth of her voice. But what I remember most about Bree was the look of fear in her eyes. Bree had started to realize her world was unraveling. And for a woman who despised loose ends, that was unacceptable."
— Mary Alice Young

Wisteria Lane's resident neurotic and perfectionist homemaker, whose strong resolve, traditional values and proper demeanor are both her greatest assets as well as the source of nearly all her personal troubles. She describes herself as the "domestic housewife" out of the group. 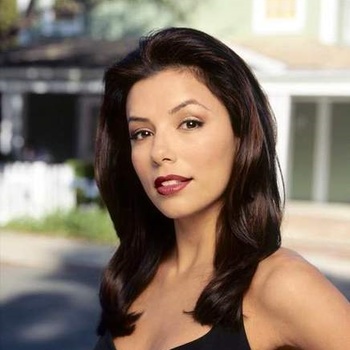 Played by: Eva Longoria
Dubbed by: Odile Schmitt (French)
"Gabrielle was a drowning woman, desperately searching for a life raft. Luckily for her, she found one. Of course, Gabrielle only saw her young gardener as a way to infuse her life with a little excitement. But now she was about to discover just how exciting her life could get."
— Mary Alice Young

A former top model turned trophy wife, Gaby gave up her lavish life in NYC to move to the suburbs of Fairview and adjust to a quieter, more settled lifestyle with Carlos Solis. During the first three years of marriage, Carlos was always away on business trips, leaving Gaby to become bored, lonely and unhappy, resulting in her having affairs with local handsome young men. Eventually the sense of friendship and family overwhelmed her, and Gabrielle found her happiness on Wisteria Lane. 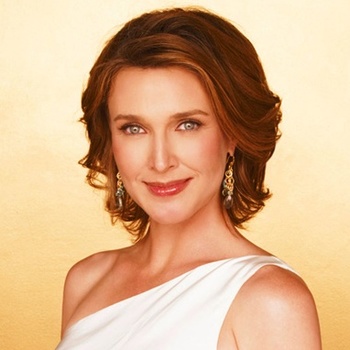 Played by: Brenda Strong
Dubbed by: Françoise Cadol (French)
"There was a time when my husband and I were very happy. I remember warm summer afternoons. And backyard barbecues. And laughter with friends. Our life was like some kind of suburban dream. But the day comes when we all must wake up..."

A friendly but mysterious housewife from Wisteria Lane. The series was kicked off when she committed suicide, and she narrated it ever since, seemingly observing everyone from the afterlife. 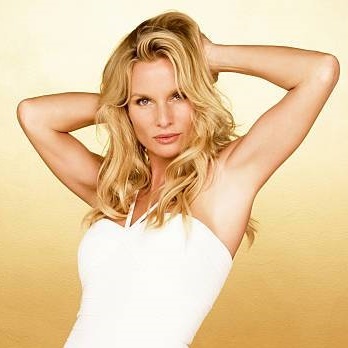 Played by: Nicollette Sheridan
Dubbed by: Marie-Martine Bisson (French)
"Edie Britt was the most predatory divorcée within a five block radius. Her conquests were numerous, varied and legendary."
— Mary Alice Young

A real estate agent whose poor childhood led to an adulthood of promiscuous behavior, seducing any man she likes. Despite this, she somehow married twice. 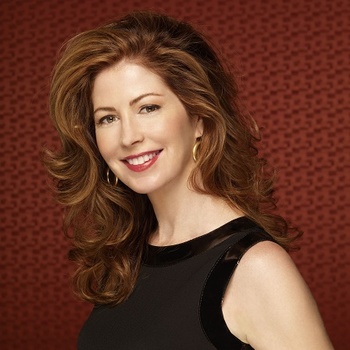 A former victim of domestic abuse, perpetrated by her first husband Wayne Davis, Katherine moved to Wisteria Lane with her aunt Mrs. Simms, hoping to get away from her rough lifestyle and be happy. However, unfortunate circumstances led her to pack up in 1995, and leave suddenly, only to return 12 years later, in 2007, with a new family in tow and a big secret weighing heavily on her. Katherine rivaled Bree Van de Kamp for the title of perfect home fairy, and soon moved comfortably into the position of scheming vixen when it came to going about making her ends meet. 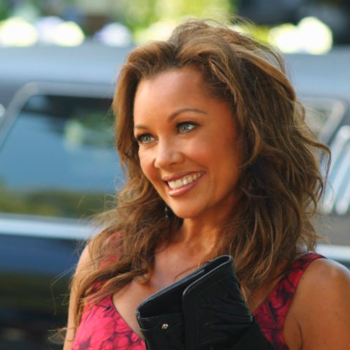 Played by: Vanessa Williams
Dubbed by: Isabelle Leprince (French)
"Renee comes off a little stuck-up when your first meet her, which is a real time-saver."
— Lynette Scavo

Appearing in season 7, Renee is a narcissistic diva from Manhattan, a glamorous party girl who became disenchanted with her humdrum lifestyle and decided to move to Wisteria Lane, close to her sorority sister from college, Lynette Scavo. She initially ruffles the other housewives' feathers with her aggressive behavior but eventually develops close friendships with her neighbors. 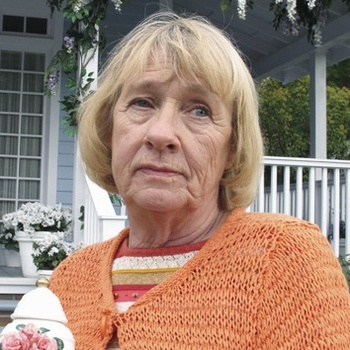 A local babysitter who loves to cause trouble. Originally introduced as a nemesis to Lynette Scavo, Karen progressively became a friend to the main housewives and Edie. 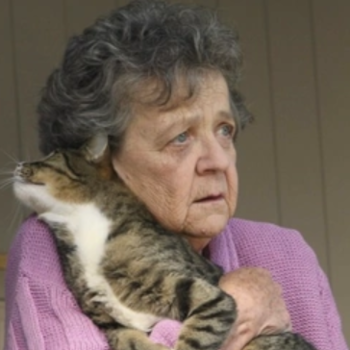 The elder of Wisteria Lane and a close friend to Karen McCluskey. 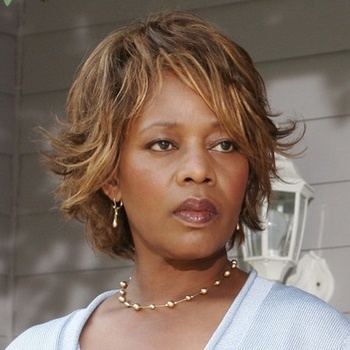 A single mother with strong religious beliefs and not to be trifled with, Betty is a former concert pianist who will do anything to protect her family. She moves to Wisteria Lane with her two sons at the end of season 1 and becomes a prominent protagonist of season 2. 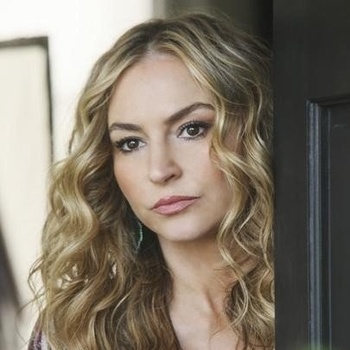 A smart, brassy and liberal Italian-American woman, she is willing to go to great lengths to protect her family and to fight for what she believes in. Angie, her husband Nick and their teenage son Danny, moved to Wisteria Lane in season 6, hoping to adapt to suburban life whilst hiding a dark secret from their past. 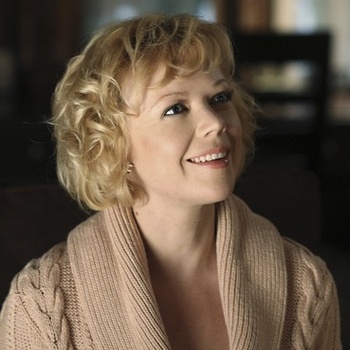 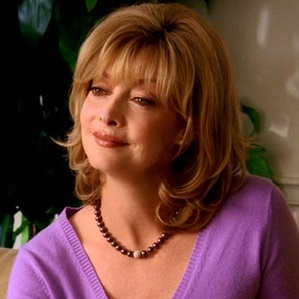 The neighborhood alpha mom in season 1. A bully who treated her fellow school moms like corporate minions, her real profession is turning tricks in her bedroom to help support her family. 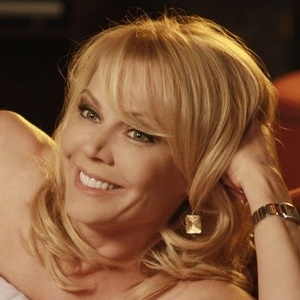 The wife of Warren Schilling. She has an affair with Porter Scavo in season 5. 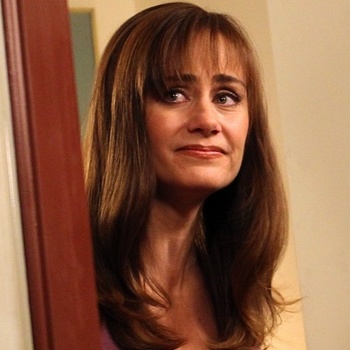 The abusive and neglectful mother of Eddie Orlofsky. 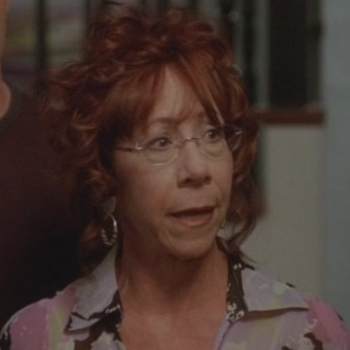 An annoying and selfish resident of Wisteria Lane who many neighbors have a disliking for.