The main characters of the TV series Defiance: 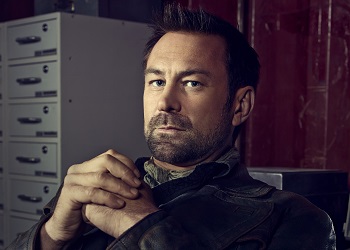 "I'm starting to like this place."
Played By: Grant Bowler

Joshua Nolan is a former lieutenant in the Earth Military Coalition who fought in the alien conflict. Born prior to the aliens' arrival, he saw his comfortable life turned upside down when the war between the humans and Votans began. The conflict took its toll, and in the aftermath of Arkfall, he found himself a wanderer in a dangerous new world. There he was joined by Irisa, a young Irathient he raised as his own, and who served as his lone companion in the lawless badlands. Nolan believes in right and wrong, but administers it by his own code. 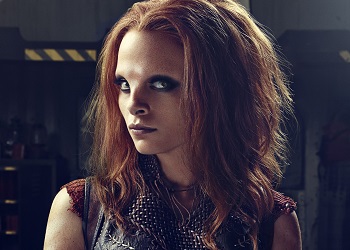 "You're an idiot."
Played By: Stephanie Leonidas
Nolan: Now, can I trust you to be a good girl and behave yourself while I'm gone?
Irisa: Probably not.
Nolan: There's my girl.

An attractive Irathient woman, Irisa is Nolan's tacit second in command and adoptive daughter. Smart, independent and feisty, Irisa still struggles with the weight of her unusual upbringing. Nolan has encouraged Irisa to leave behind her traumatic past. He rescued her at a young age, and the two have been inseparable ever since. But leaving the past behind is easier said than done - especially when Irisa is cursed with a destructive, powerful entity inside her that threatens everyone. 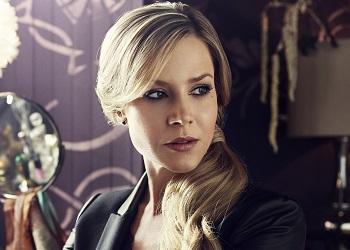 "There's always hope. And it's our job to remind them of that."
Played By: Julie Benz

Born in New York in 2011, Amanda shouldered a great responsibility at an early age, serving as a stand-in parent for her sister Kenya when their mother and father died during the Pale Wars. Adrift in a post-war world, Amanda eventually heard of a town where Humans and Votans were attempting to coexist. She traveled to Defiance and accepted a job cleaning the mayor's office. Despite these humble beginnings, she so impressed then-Mayor Nicolette Riordan that, upon her retirement, Nicky appointed Amanda to finish out her term.

Amanda used her political power to maintain peace in the community, an ambitious task in this deadly new world. Losing the Mayoral seat was a blow, but Amanda's strength and determination to do the right thing remain no matter what her position in the community. 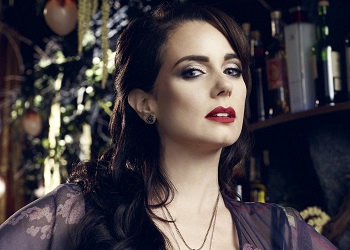 "I've never not been able to do my job."
Played By: Mia Kirshner

Kenya is the beautiful spitfire who runs the NeedWant, the town's bar and brothel. Self-assured and dauntless, she has an unwavering devotion to the town that has inexorably woven her into many of its complicated affairs.

Growing up, Kenya rebelled by making trouble and embracing her sexuality. When Kenya arrived in Defiance, she took up residence at the NeedWant, eventually becoming its proprietor.

She has a keen insight into the needs of others, but a blind spot when it comes to her own emotions. 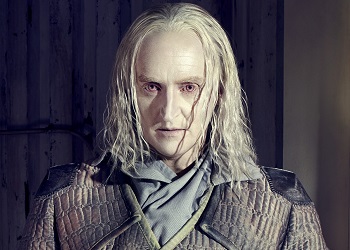 "I do these things, endure these painful encounters so our son never has to. This is my gift."
Played By: Tony Curran

Datak Tarr is the primary figure in Defiance's underworld, running everything from gambling to weapons smuggling and organized crime. True to his Castithan ways, Datak is always on the lookout for opportunities that allow him to get his hooks into people so he can later manipulate them to his own ends.

Born into a lower caste on his homeworld, Datak found his way onto an Ark despite his low standing. There he met Stahma, who admired his instincts, and the two became husband and wife. Once they arrived in Defiance, he used brute force and wits to establish a powerful business interest in the town. More than anything, Datak desires legitimacy and a better future for his family. 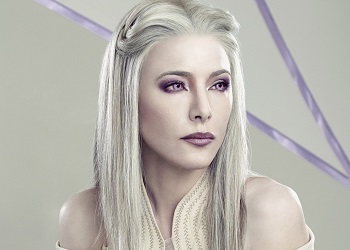 "The most we can hope for is that what we want is worth the evil we do."
Played By: Jaime Murray
"Once again, the strong Castithan male fails to do what is necessary, and it falls to me to open the airlock door myself!"

The wife of Datak Tarr, one of the most powerful men in Defiance, Stahma is seemingly the perfect picture of a Castithan wife. Beneath the surface, however, lies a dark side that is ready to break from the traditional roles assigned her by her race. Stahma has her own ambitions and uses cunning and politics to achieve them.

Having met Datak during her voyage on an Ark, Stahma aided him in his business during the Pale Wars. When the fighting ended, the two found themselves among a group of migrant settlers and eventually settled in Defiance. 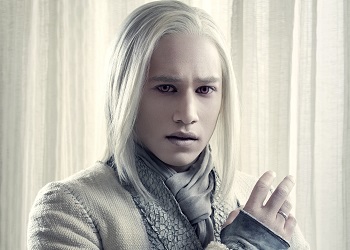 Played By: Jesse Rath
Stahma: Alak is of the new world, he doesn't see the humans the way we do. He sees beauty in them, kindness.
Datak: Then he's lost his sense of smell.

Alak Tarr, the son of Defiance's subversive Castithan power couple, is a young man caught in the middle, chafing against tradition in a world full of new possibilities. Married to a human, Christie, Alak stands at odds with his family's conventional doctrines and the pressures they pose, and the entirely new realm of possibilities open to him as a citizen of Earth. 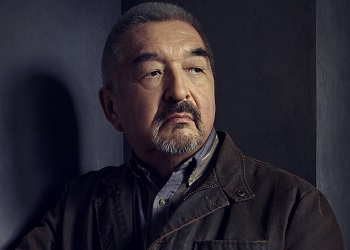 "I’d appreciate your cooperation. I don’t require it."
Played By: Graham Greene
"Yeah, well, call me old-fashioned, but I believe in a fair fight."

Rafe McCawley is Defiance's richest and most powerful human – a mine owner whose family has been in this territory for generations. Raised by a tough-as-nails father, Rafe disobeyed his father's wishes and enlisted. After the Pale Wars, he took his wife and burgeoning family back to his home of St. Louis, now barely recognizable due to terraforming. He longs for the world as it was before the Votans arrived.

As one of the founders of Defiance, Rafe has amassed a considerable fortune in the mining business. He is not above using it to help shape the Defiance that HE believes is best. 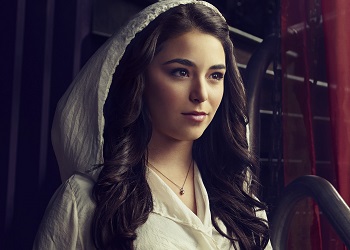 "We need to set aside the small stuff and pull together."
Played By: Nicole Muñoz

Christie McCawley is the only daughter of the town's most influential citizen, Rafe McCawley. Christie never had the opportunity to meet her mother - who died shortly after Christie's birth - and from an early age took on her mother's role in the family, acting as caregiver for her father and brothers. Christie faces another challenge: An interspecies marriage to Alak Tarr, the Castithan son of two of Defiance's most influential (and notorious) citizens, Datak and Stahma Tarr. 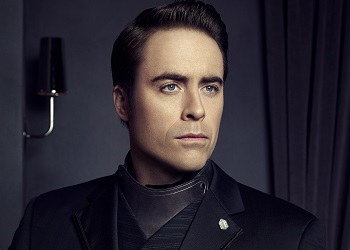 "I am a monster. You have no idea the things I've done."
Played By: Jim Murray

The Earth Republic appointed Mayor of Defiance, Niles Pottinger is shrewd, calculating and charming. He's also power hungry. He does have a soft spot, though. Deep, deep down. 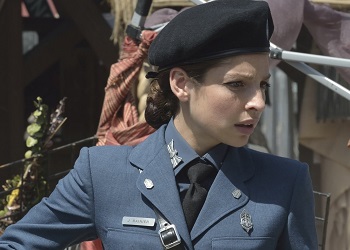 Jessica - who's gone by the nickname "Berlin" for most of her life - is a soldier in the Earth Republic who makes propaganda films. Although she wouldn't describe her work that way (as she'll tell you in her direct, no-nonsense fashion). Berlin's a firm believer in the ideals of the Earth Republic, seeing the organization as a valuable force that protects and unites people. 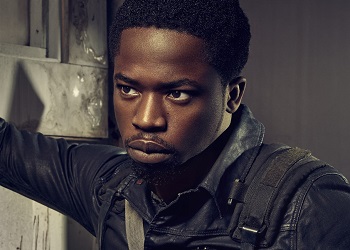 "I was on a bad path, but, um, Clancy saw something in me and gave me a second chance."
Played By: Dewshane Williams

Born in the early years of the war, Tommy arrived in Defiance an orphan, bearing the scars of his painful upbringing. Eager for a fresh start and a desire to put his past behind him, he eventually found his purpose as the Lawkeeper's deputy. His bright optimism – and sharp survival skills – make him a good man to have in your corner. 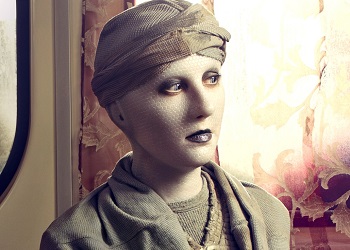 "I’ve become a healer instead of a destroyer."
Played By: Trenna Keating
"Yeah, yeah, yeah, I was a monster. I regret my past and I’m trying to do better. You should be taking notes."

Doc Yewll arrived in Defiance following the Pale Wars, intending to stay a week before moving on to dispense medical care in other war-torn areas. Eight years later, Yewll still serves as the town's doctor. As an Indogene – a technologically advanced Votan race – she often finds her natural pragmatism perceived as a lack of bedside manner by most humans. However, Yewll's unflappable brilliance is indisputably one of Defiance's greatest assets.