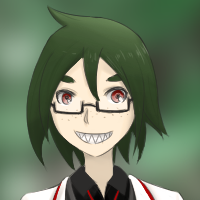 Daichi Watanabe is an intelligent high-school senior who gets top marks in his classes and is the current captain of his high school robotics team. His team has always placed well in nationals, though has never managed to win first. He has a younger sister named Umeko, who often has to stay long periods of time in the hospital due to her poor immune system. 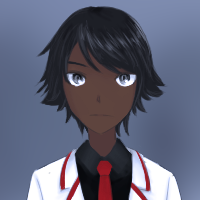 Elliot Morin is a young Canadian hunter living in a small community in the north isolated from most of modern society. An extraordinary tracker, survivalist, and hunter he provides for himself, his family, and some members of his community. Though he’s wise in practical matters his knowledge of the modern world and basic concepts are to be desired. 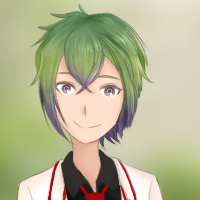 Ragnar Hjelte, better known as his alias and online handle “Rafflesia” until his untimely death, took the competitive scene by storm when he first signed himself up in an international tournament for several games. His skill set ranged from casual games like Super Smash Bros. Melee to more complex ones like Mortal Kombat X and Tekken. Quickly he became a force to be reckoned within the competitive fighting scene and also became a well known streamer following his success.

Breezing through the brackets for the most hyped up games like Dragon Ball Fighter Z and Street Fighter V and sending even professional competitors to Losers’ Brackets without putting in much effort, Rafflesia managed to garner a lot of attention. After winning various tournaments and eliminating the best, he became a well known figure in the scene as a heel for his arrogant and cocky personality and flippant behavior towards his peers. Some hated him while others enjoyed his controversial attitude.

Despite his fame and success, fans mostly disliked him due to his disrespectful nature towards other players on camera such as by teabagging them or openly mocking them and forcing the runner-ups to personally hand him his trophies, medals and money. Whether he behaved like this outside the cameras or not, Rafflesia’s victory streak remained interrupted only by his death, and his skills as a player while he was alive, remain uncontested. 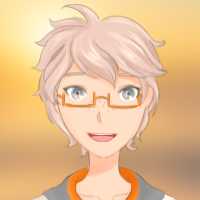 By all accounts, Tadashi Takanashi appears to be an almost painfully normal high school student. He might be a bit of a nerd with childish hobbies, but he’s a sociable kid with good grades, a close family, and a part-time job. The life he leads is simple and unremarkable — or at least, it was. 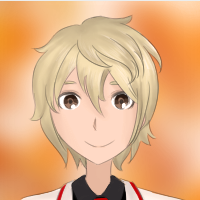 Born in the outer reaches of the known universe! Sent to Earth to defend humanity! And not skip on class while he’s at it! Never fear for he is: ☆Shining Hoshiningen!☆ Join the titular hero and his newfound friends as he juggles both his responsibilities as the Earth’s greatest hope against the evil forces of the Nowhere, and not getting thrown into detention in the process!

If that preview has tickled your fancy, then be sure to check out [Haiyore, Hoshiningen!], the hit new tokusatsu series that has been making big waves across the whole universe! Or well, kinda mostly just Japan. While this space opera made its humble debut only half a year ago, it has grown into a modest sensation, undoubtedly helped by lead actor Tsuneo Enjou, a well-known daredevil and stunt coordinator. Neo, as he prefers to be called, continues to endear children and teenagers everywhere by regularly performing stunts in full costume and meeting his legions of young admirers, bent on inspiring a new age of heroes! 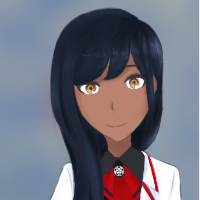 Ebru art is very connected to Turkey’s history. It takes a lot of patience, and a lot of skill, so not many people still practice it. Still, some very determined people have taken the time to become masters of the art. Azra Demir is one of those people. While the media may believe her to be every stereotype of rich young girls, the truth is that she will always enjoy her art more than anything else. 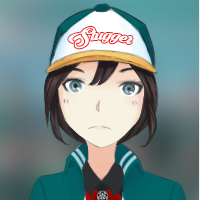 Known across Japan as the next ‘top idol’ - Chiemi Otonashi is on the fast track to super stardom; until she wasn’t. Now, more a delinquent than an idol, the stand offish girl stands alone determined to reach a mysterious goal. 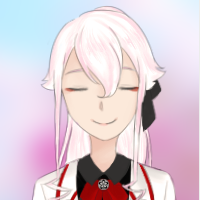 The mysterious arbiter of the Death Revue. Cheery and secretive, Erika’s surprisingly all-seeing despite perpetually closed eyes. Carries herself in an almost soldier-like manner, but also has a habit of playing with her hair. 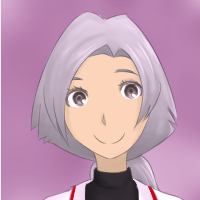 Found yourself in a sticky situation? Never fear, the great Rogue Taigi is here! Er, wait, no, it’s just Tracey, but she’s more than happy to play the part of the hero for you. Tracey is a cheerful and fun-loving girl who loves a good adventure, and always dresses for the occasion - she makes all her flashy costumes herself, and might make one for you too, for a price. She has a small following as a cosplayer and has an extensive roleplaying network, both online and live action. 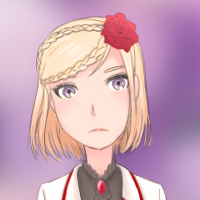 The small, but illustrious, island country of Viridia gained international attention for a short while when 13-year-old Violette stepped into power as its monarch following the accidental deaths of her parents. As par both tradition and practicality, the country was to be managed by a Regent until Violette was old enough to be crowned Queen, but she famously exploited a hole in the country’s royal policy to rule alone- even at such an unthinkably young age. This proved to be satisfactory for some time, as Viridia was a stable country, but things changed dramatically only a few years into Violette’s reign. As she started to exercise real power, she oversaw the invasion of several countries and the revival of a historically violent war when she brazenly ordered the termination of an important peace treaty. As such, public opinion of Violette dropped considerably and her reign became mired with criticism and controversy- with even several other countries calling for her deposition.