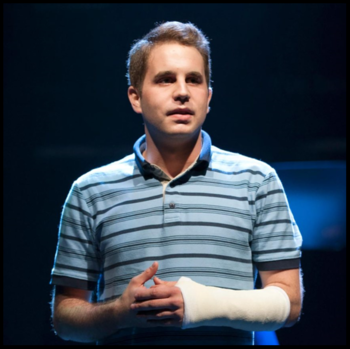 "I wish that everything was different. I wish that I was a part of... something. I wish that, um, anything I said... mattered, to anyone. I mean, face it: would anybody even notice if I just... disappeared tomorrow?"
Click here to see Evan, played by Noah Galvin. 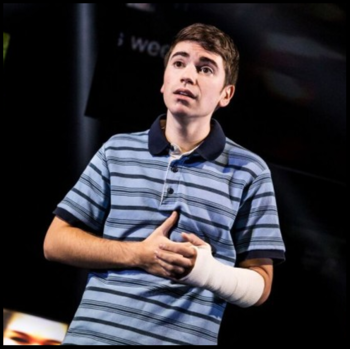 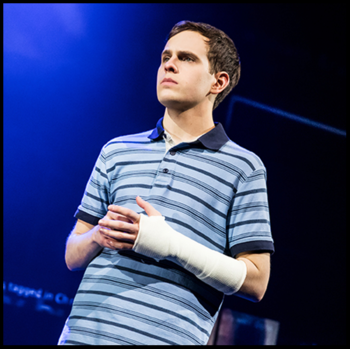 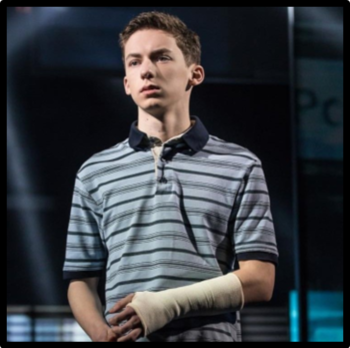 A high school senior who struggles with intense social anxiety. As a result, he has never really had any friends, only able to find comfort in his hopeless crush on Zoe Murphy. He is assigned by his therapist to write uplifting letters to himself, but when a self-deprecating letter is taken by Connor Murphy and mistaken for Connor's suicide note, Evan is pulled into a lie that eventually spirals out of control. 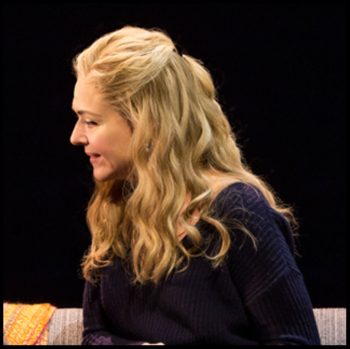 Evan's mother, a nurse's aide who attends law school at night, often leaving Evan on his own as a result. She tries to connect with Evan, but struggles because she doesn't personally understand what he goes through on a daily basis. 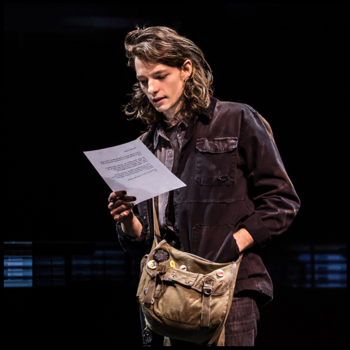 "You think I'm a freak? I'm not the freak! YOU'RE THE FUCKING FREAK!"
Click here to see Connor, played by Alex Boniello. 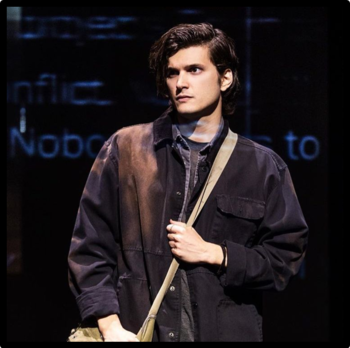 A high school senior. Connor is a social outcast, much like Evan, though his volatile temper and grim nature have left him more feared than ignored. His suicide sets off the chain of events in the play. His role is given much more expansion in the novel, as he is Barred from the Afterlife until he not only realizes how bad he was but also saves someone from committing suicide like he did. 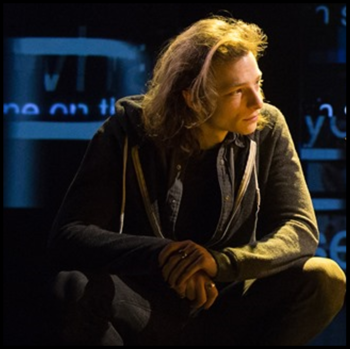 "You can get rid of me whenever you want. You can get rid of all of it. The Connor Project. The orchard. But then all you're going to be left with... is you."
Click here to see Imaginary Connor, played by Alex Boniello. 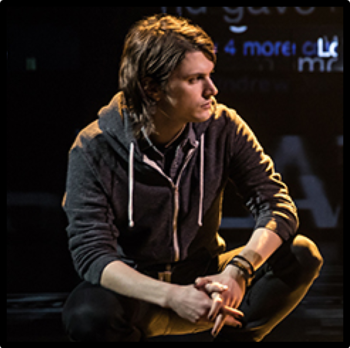 This imaginary version of Connor takes center stage after the real one commits suicide, and is a mouthpiece for the feelings that Evan Hansen believes that he himself cannot admit or articulate on his own. 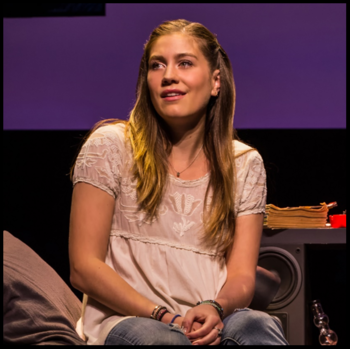 Connor's younger sister and Evan's longtime crush. She was never close to Connor, hated him even, but wishes she had known him better and turns to Evan after he lies and says he was friends with Connor. 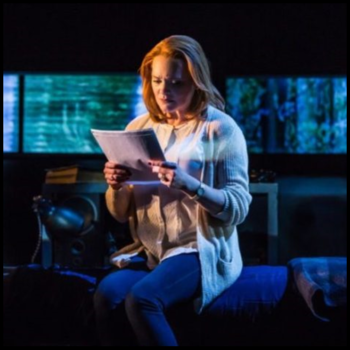 "This is all we have! This is the only thing we have left!"
Portrayed by: Jennifer Laura Thompson (2015-2019), Ann Sanders (2019), Christiane Noll (2019-present), Amy Adams (film)
♫ Another masterful attempt ends with disaster.
Pour another cup of coffee,
And watch it all crash and burn.
It's a puzzle,
It's a maze.
I try to steer through it a million ways.
But each day’s another wrong turn. ♫
— "Anybody Have a Map?"

Connor and Zoe's stay-at-home mother. She is constantly trying to keep her fragile family from falling apart, but is often unsuccessful. She clings to the memory of Connor, mourning not only his death, but her fading relationship with him as he grew older and his illnesses and addictions intensified. Her relationship with Larry and Zoe suffers because of it. 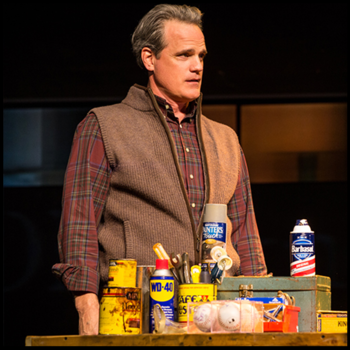 "Shaving cream. Rubber bands. Mattress. Repeat. Got it?"
Portrayed by: Michael Park (2015-2019), John Dossett (2016), Ivan Hernandez (2019-present), Danny Pino (film)
♫ Even when everyone around you thinks you're crazy,
Even when everyone around you lets things go-
Whether you're prepping for some test,
Or you're miles from some goal,
Or you're just trying to do what's best,
For a kid who's lost control,
You do the hard thing-
'Cause that's the right thing,
Yeah, that's the right thing. ♫
— "To Break in a Glove"

Connor and Zoe's busy father, a lawyer. He works hard to give his family a relatively easy life, but he is emotionally distant from all three of them. He becomes close with Evan, who never had a strong father figure, and begins to see Evan as the son Connor never was. 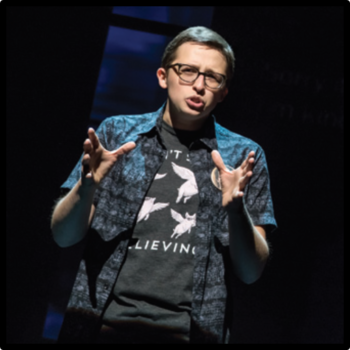 "Don't contradict. And don’t make shit up. It's foolproof. Literally nothing I tell my parents is true and they have no idea."
Click here to see Jared, played by Sky Lakota-Lynch. 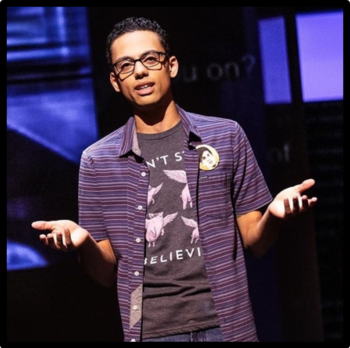 One of Evan's classmates; he is the closest thing Evan has ever had to a friend. The son of a family friend of the Hansens, he initially claims he only talks to Evan so that his parents will pay for his car insurance. Evan enlists his help in crafting fake emails from Connor, and slowly becomes a true friend to him. 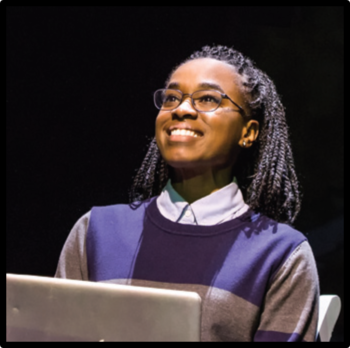 "If Connor meant something to you, please re-tweet. Or private message me if you just want to talk. At times like these, we could all use a friend."
Click here to see Alana, played by Alexis Molnar. 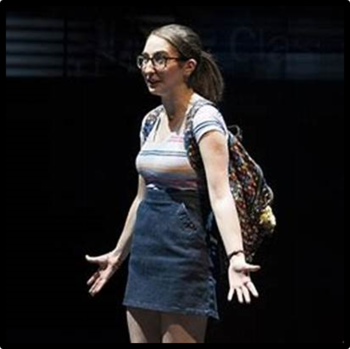 Evan's precocious and sometimes insufferable classmate. She is constantly looking for academic and extracurricular activities to boost her college résumé. She never knew Connor, but is greatly affected by his death and quickly joins Evan in founding the Connor Project in order to keep Connor's memory alive.