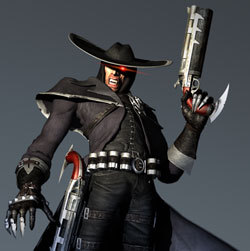 Voiced by: Christopher Corey Smith (only grunts and screams, no recorded lines)

Jericho Cross is the main protagonist of Darkwatch. Jericho is a jaded American Civil War deserter and drifter who became a gunslinger and train robber. During his "one last job," he releases Lazarus Malkoth from his prison in a failed attempt to steal the contents. While dueling with Lazarus, Jericho is bitten and infected by the vampire curse. He enlists the Darkwatch organization in search for Malkoth to exact his revenge and maybe reclaim his soul.
Advertisement:
Cassidy Sharp 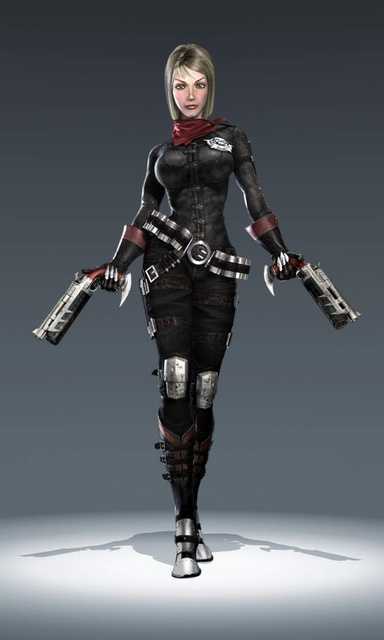 Orphaned when vampires slaughtered her parents, Cassidy Sharp was raised as a ward of the Darkwatch and trained to become an agent. To earn respect in a man's world, Cassidy had to ride, shoot, and fight as well as any man, and think faster than all of them. Haunted by visions of her family's massacre, Cassidy harbored deep doubts about her abilities and courage in the face of the supernatural — she overcompensated by being the most serious and idealistic agent in the Darkwatch organization and the creeping corruption that threatens to destroy it from within. She is introduced early in the game, attempting to stop Jericho from breaking Lazarus out of prison.
Tala 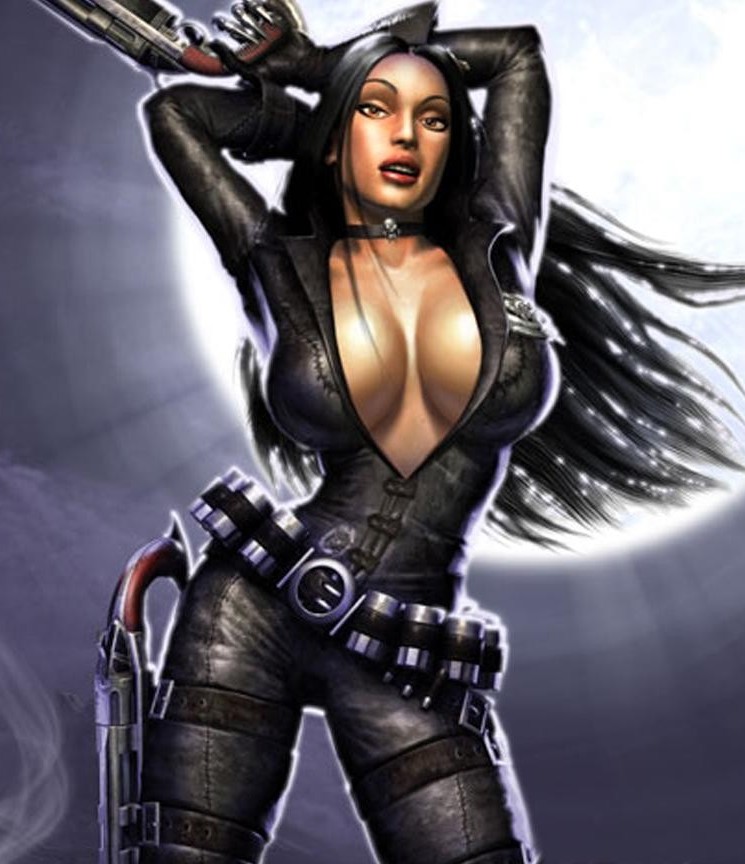 Tala, whose name means "Stalking Wolf," was born to an ancient line of Native American shamans. From a young age, Tala's innate ability to communicate with the spirits made her a misfit and an outcast from her own tribe. With her father murdered by treacherous fur traders, and her seer of a mother sent to die in a storm by her fearful tribe, Tala developed an intense distrust of others — not only for the white man, but also for those of her own tribe.

Captured and abused by the same traders who killed her father, Tala seemed doomed to meet an early end until an attack by vampires brought the traders' trail to a merciless end. Left for dead, Tala was rescued by Darkwatch Regulators on the trail of the vampire clan. The Darkwatch made Tala one of their own, but never suspected the truth — that Tala had resolved never to be powerless again, and that she'd use any means necessary to gain revenge on a world that had murdered her family. 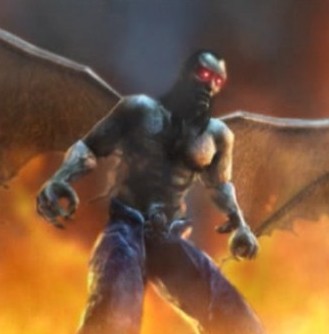 A Roman who first founded the Darkwatch society in 66 AD in order to battle the dark forces responsible for the decline of the Roman Empire. He eventually got possessed by a demon and himself became a powerful vampire and turned on the organization he founded, raising an undead army to aid him in his task. The Darkwatch then pursued Lazarus across Europe and later America. He is released by Jericho at the start of the game, unleashing a curse of the damned upon the Old West and also siring Jericho in the process.
Clay Cartwright

The brutal and scheming field commander of the Darkwatch in the rank of Brigadier General. A American Civil War veteran, Cartwight snipes Jericho and enslaves him, forcing him to participate in a series of trials before inducting him into the organization.
Shadow

Jericho's loyal undead steed. It was Jericho's very first victim when he succumbed to the blood lust and turned him into a hellish creature.
Advertisement:
Reapers