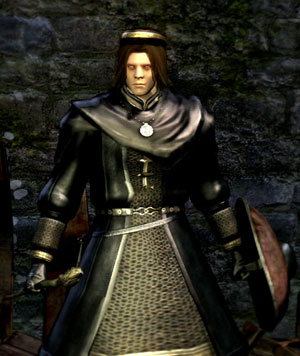 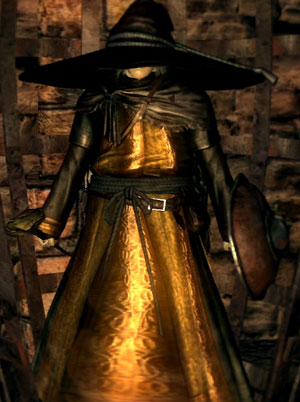 "This place is melting my mind. The inactivity is repressive."

A powerful sorcerer with a insatiable thirst for knowledge, wandering Lordran for the Duke's Archives in Anor Londo.

A cleric hailing from the nation of Thorolund and a member of the Way of White. Teaches you some basic Miracles (although at a fairly high starting price). For more information on this character, see Dark Souls Covenants.

Laurentius of the Great Swamp 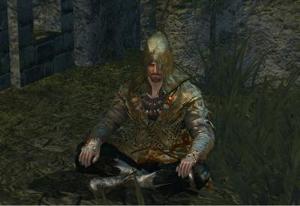 "[Pyromancy] meshes poorly with advanced culture, and pyromancers are considered rather unsavoury. Which is fine, as I never got along with anybody anyway."

A pyromancer hailing from the Great Swamp, same as Eingyi. He became ecstatic once he turned Undead, believing himself chosen to become more attuned to the arts. He is first found in the Depths, trapped in a barrel and about to be assaulted by a man-eating butcher. Saving him will make him travel to Firelink Shrine, where he introduces you to pyromancy. 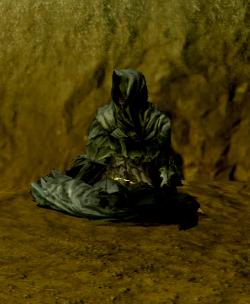 "Always fear the flame, lest you be devoured by it, and lose yourself. I would hate to see that happen again..."

One of the seven Daughters of Chaos and Mother of modern Pyromancy. Was the mentor to Salaman of the Great Swamp, whose pyromancies were passed down to Carmina and subsequently Laurentius.

"From my home I was taken, and banished to a plane of distortion. It was there that thou came to my rescue."

The spirit of a princess from the long-dead magic kingdom of Oolacile, where they specialized in illusion magic.

A young Undead maiden hailing from the nation of Thorolund, and another member of the Way of White, under Petrus' supervision. For more information on this character, see Dark Souls Covenants.

A Pyromancy trainer hailing from the Great Swamp, and a member of the Chaos Servant covenant. For more information on this character, see Dark Souls Covenants. 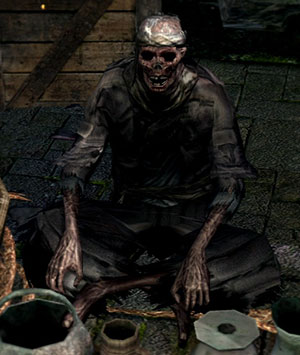 "Ah, you can forget it. I'm all that she needs. Careful, she'll bite your little fingers off!"

An Undead selling his wares in the main residential section of the Undead Burg. 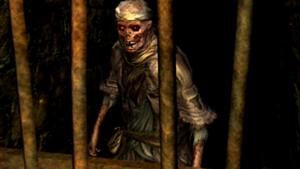 "This is a wonderful place, don't you think? We have water, moss, moisture, these nice iron bars... I like it here, I really do." 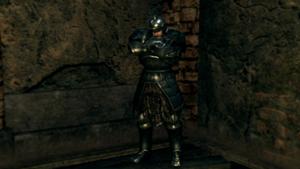 "Ahh, you think you're different? That you can handle it? Yes, I remember that feeling. For I was the same."

A merchant wearing a suit of steel armor found in Sen's Fortress, trapped and depressed about his situation. He is the only merchant to sell Titanite before the 1.04 patch, so killing him is not advised.

Shiva of the East

A high-ranking member of the Forest Hunter covenant. Sells you uncommon weapons in Blighttown if you talked to him beforehand while in the same covenant. For more information on this character, see Dark Souls Covenants. 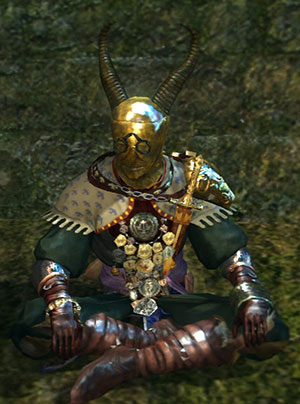 "I have this funny feeling we'll meet again soon. And we'll make another fine trade, of course!"

A mysterious and quirky merchant from the ancient land of Zena who sells unique armors. Originally found in The Depths near the entrance to Blighttown, he'll move shop to the lower platform of the sewer aqueduct leading to the Undead Burg.

A traveler who is dragged into the Downloadable Content in the same manner as the Player Character. Sells you several consumable items and arrows, albeit at a higher price than usual. For more information on this character, see Dark Souls: Artorias of the Abyss. 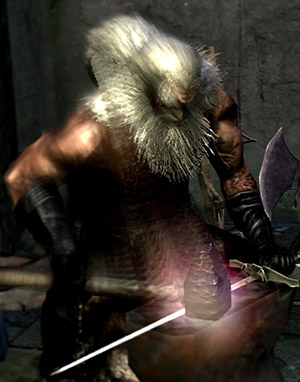 "As you've noticed, this land is flush with the mad and wicked. You won't make it through the night without employing my services!"

An aging blacksmith from Astora who has set up shop in the old Parish chapel leading to both Sen's Fortress and Darkroot Garden. He initially upgrades standard weapons and armor up to rank +5, but can eventually upgrade up to rank +15 and gains Raw ascension, Divine ascension, and Occult ascension with the correct Embers (Large Ember, Very Large Ember, Divine Ember, Large Divine Ember, and Dark Ember). 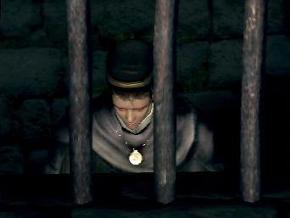 "There's nothing to talk about. We're both cursed; Undead. But what's there, really, to moan about?"

A magic-based blacksmith from Vinheim, and a self-proclaimed master of this work. He has secluded himself into a cell near the Firelink Shrine entrance to the New Londo Ruins, as to keep himself from attacking others should he finally Hollow. He starts with basic Magic ascension (rank +5), but can be given the Large Magic Ember and Enchanted Ember for advanced Magic ascension and Enchanted ascension respectively. 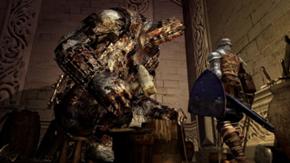 "You come, I forge, we talk. You good friend. I very happy."

A literal giant, he performs his work in a room near Gwynevere's Chambers. Appropriately, he starts with Lightning weapon ascension and can gain Crystal ascension via the Crystal Ember. The Giant is the only blacksmith that can forge Boss Soul weapons. 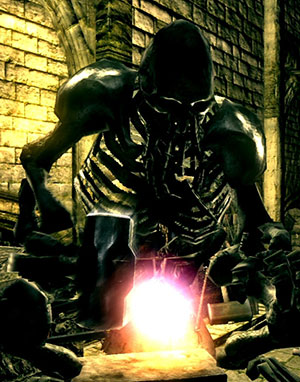 "If that'll be all, then be gone with you! You'll spoil my focus!"