This page details the various non-hostile NPCs, as well some of the background characters mentioned frequently in the game's lore, in Dark Souls. Head back through here for other character pages. Note: contains unmarked spoilers. 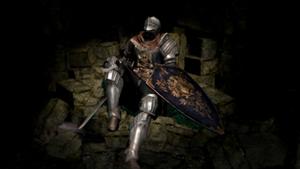 A knight on pilgrimage to ring the Bells of Awakening. He is found on his last legs within the Undead Asylum, but not before telling you of his quest and begging you to make his mission your own. 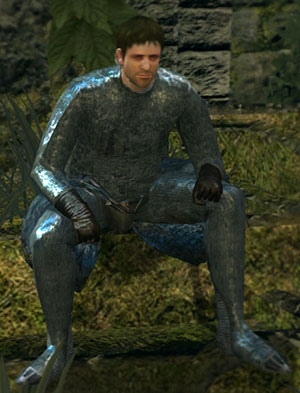 "What's wrong? Have a bit of a scare out there? No problem. Have a seat and get comfortable. We'll both be Hollow before you know it."

A brooding warrior who resides at the Firelink Shrine, slowly waiting to hollow out after losing the courage to face the various enemies in Lordran. He is the first NPC you meet there, and gives you directions for ringing the two Bells of Awakening. 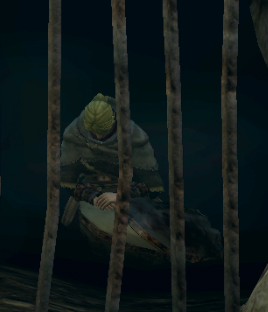 The Fire Keeper of the Firelink Shrine. A martyr from an unnamed village in Astora, she was treated as a witch by the villagers, eventually leading to her tongue being cut out and either her legs broken or feet severed to prevent her from escaping from her fate. 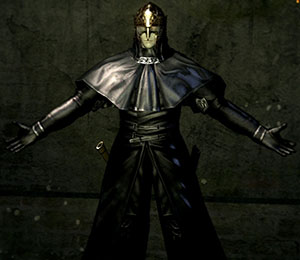 "Thou art welcome anytime. It is only human to commit a sin."

A mysterious pardoner and bishop of Velka, Goddess of Sin and Justice, found after ringing the first Bell of Awakening. While he does not belong to a joinable Covenant, he serves two functions: 1) allowing the player to leave their current Covenant without penalties; and 2) to pardon the player's sins, resetting any NPC you angered to become docile again and remove your name from the Book of the Guilty. 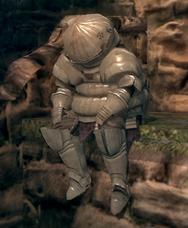 "No worries! Adventuring is my life; I'm prepared for the worst."

A knight from Catarina with no sense of self-preservation, who decided to venture to Lordran on a whim for one last adventure.

"Now if he'll just stay put, and keep out of trouble!"

Daughter of Siegmeyer of Catarina. She searches diligently for her father with the player's assistance. 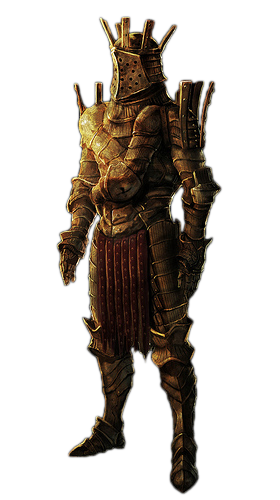 "Our futures are murky. Let's not be too friendly, now."

A knight from the kingdom of Carim, a land of religious justice, and a follower of the Goddess Fina. 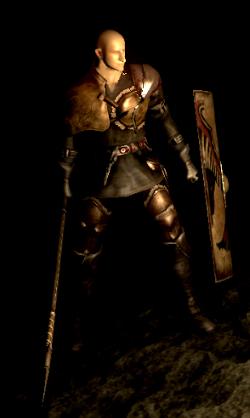 "Heh heh, this is what I do, my friend. The trinkets I'll be stripping off your corpse; that's the real treasure! Nyah hah hah hah!"

A vagabond with a burning hatred for clerics. Sets up shop as a merchant if you play your cards right. 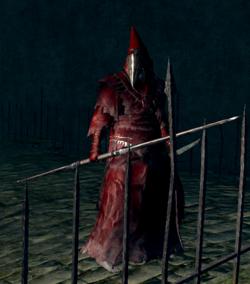 "Well, this is a surprise. I get few visitors, save for ghosts."

The Guardian of the Seal, and the last remaining of the three New Londo healer-sorcerers who long ago undertook the task of guarding the seal keeping the Four Kings and the Darkwraiths locked away, in order to pay atonement for all who were sacrificed when they sealed away the darkness. He will give the Chosen Undead the Key to the Seal after he/she obtains the Lordvessel, and is the only character in the game with the ability to cure curses without the use of a Purging Stone.

An unseen NPC, who, should you happen upon her nest, will ask for items that are "warm and soft", and will leave something different in return. 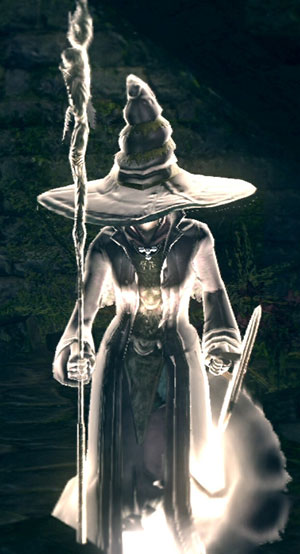 An enigmatic young witch available as a phantom summon against two bosses. Her assistance in the first battle practically fights the boss for you, but she's a borderline liability in the second. During your initial travels, you just can't seem to find her, though... 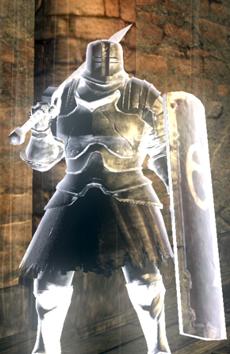 He's better at this game than you.

A fearsome knight of Berenike clad in Black Iron armor. He can be summoned to help in the fight against the Iron Golem atop Sen's Fortress.

The Earl of Carim. He is responsible for the creation of many items and weapons in the game and as far as anyone can tell, no price is too high for him if it will mean progress.

The Goddess of Sin. It is her duty to oversee those who have sinned and administer the proper punishment.

The uncle to Gwyn and the patron deity of the Way of White. Not much is known about him, and in Dark Souls III he is proclaimed a false god, and every mention of him is completely erased.