This page details the Chosen Undead, the Primordial Serpents, and the bearers of the Lord Souls. Head back through here for other character pages. Unmarked spoilers ahead. 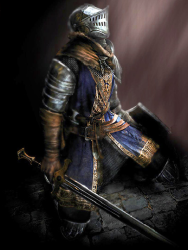 The player character of the game. One of the Undead, those branded with the Darksign, locked into the Undead Asylum of Lordran. However, a chance encounter allows them to escape and change the fate of the world. 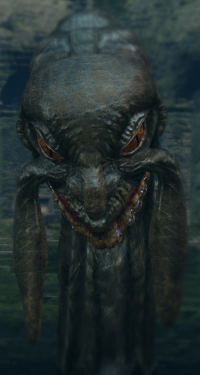 Chosen Undead, who has rung the Bell of Awakening, I wish to elucidate your fate. Do you seek such enlightenment?

A primordial serpent and friend of Gwyn, who wishes to help the Undead Hero return the world to light. He is the only "merchant" in the game whom you can "sell" equipment to, and the only means of breaking down Titanite. 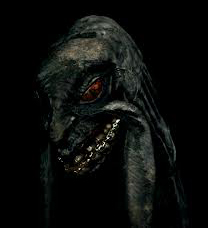 Undead Warrior, conqueror of the Four Kings, is this not your wish? To know the truth of men, and the Undead?

Another primordial serpent and the leader of the Darkwraith Covenant. He resides within the Abyss, and, when confronted by the Chosen Undead, wishes that the Undead Hero would end the Age of Fire and begin the Age of Dark.

Bearers of the Lord Souls

The wielders of the Souls of Lords, who destroyed all the dragons, bringing an end to the Age of Ancients and starting the Age of Fire. 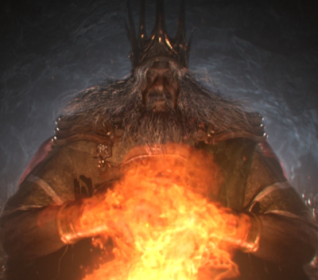 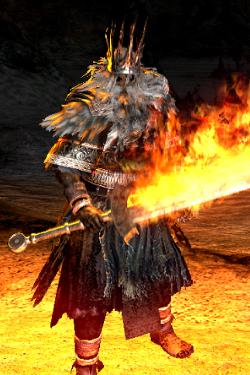 Leader of the Lords, King of Anor Londo, and father of the Gods of Light. He led the Age of Fire, ruling over man from Anor Londo in Lordran. His Lord Soul granted him power over Sunlight and Lightning. 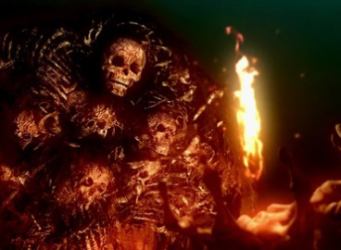 The first of the dead, a literal mountain of corpses, and Leader of the Gravelord Servant Covenant. His Lord Soul granted him power over Death, and he functions as the Grim Reaper. After the great war against the dragons, he was content with laying dormant in his domain while death and misery spread over Lordran. Nito himself resides in a massive coffin deep within the Tomb of the Giants.
The Witch of Izalith 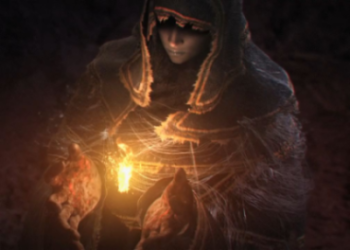 The mother of the Daughters of Chaos and one of the greatest wielders of the Old Fire Arts. Her Lord Soul granted her power over Flame and Chaos.

An unknown Lord, both figuratively and literally. Unlike the three other Lords, he doesn't seem to have participated in the war against the dragons, and is ultimately relegated to the background, "so easily forgotten". 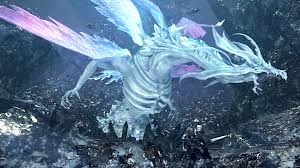 A primordial dragon who betrayed his brethren because he was born without scales. Lord Gwyn presented Seath a Dukedom and the archives of Anor Londo. He holds the title "Grandfather of Sorcery". Gwyn gave Seath a fragment of his Lord Soul before attempting to stave off the end of the Age of Fire. Seath drove himself insane and blind while researching the Scales of Immortality he was born without. 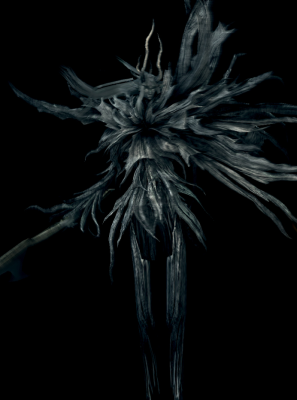 Rulers of former New Londo whom Gwyn granted their positions and a piece of his Lord's Soul for their counsel. However, they fell prey to the beasts of the Abyss that appeared under New Londo, and the knights of the city were corrupted into Darkwraiths. This event led to the whole of New Londo being flooded and magically sealed. They now reside within the Abyss itself: a pitch black void in which nothing can survive, save those who have made a covenant with the beasts that dwell within it.