This page details the Bearer of the Curse, the Emerald Herald and King Vendrick. Head back through here for other character pages. Unmarked spoilers ahead.

open/close all folders
Bearer of the Curse

The Bearer of the Curse 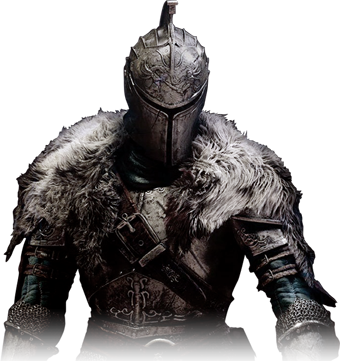 The protagonist of the game. The Bearer of the Curse was just a random person who seeks a means to break the curse of the Darksign, and hopes an answer will be found in the kingdom of Drangleic.

"Proceed, bearer of the curse. It is the only choice left to you."
Voiced by: Ruth Negga (adult) and Amy Nolan (child)

A mysterious woman encountered in Majula. She is the last active Fire Keeper left in Drangleic and watches over the Far Fire. 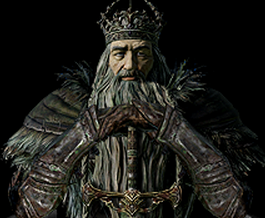 "Drangleic will fall, the fire will fade, and the souls of old will reemerge. With Dark unshackled, a curse will be upon us... And men will take their true shape."
Voiced by: William Houston (Lost Crowns trilogy)

The founder of Drangleic, alongside his elder brother Aldia. Vendrick led a campaign against the Giants, bringing prosperity to his kingdom. However, he felt something was amiss, and ventured off for one last journey. The former King of Drangleic has been reduced to a mindless Hollow, but still clutches something dear. While killing him is not necessary, putting this poor soul to rest could only be considered a final courtesy to the man who used every means within his reach and made unimaginable sacrifices to halt the spread of the Undead curse. A dignified and honorable death in single combat... Vendrick would have wanted it.

Aldia, Scholar of the First Sin

See The True Final Boss under Enemy NPCs and Bosses