The cast of the Dark Parables is an ever-expanding network of interconnected fairy tale characters... and the detective who helps them all. Because there are Loads and Loads of Characters, listing them all here would be impossible; this character sheet will chiefly focus on characters who appear in multiple games or whose influence is particularly heavily felt throughout the series. Spoilers are unmarked.

Debuted in Curse of Briar Rose 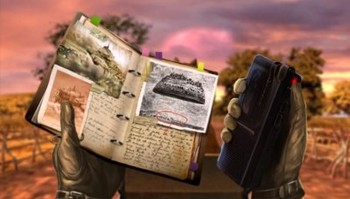 The detective's gloves: The only thing you'll ever see of her throughout the game.

Our heroine and the person you play as most of the time. Once a top detective in an agency that was open to paranormal activity, soon became known for tackling cases involving Fairy tales after the the case of Briar Rose. Thus getting her title "The Fairytale Detective,".

Note that despite proof that she is female, the Detective is meant to be ambiguous in every shape and form.

Briar Rose is the central figure of the first game. She is the daughter of Scottish monarchs who reigned a thousand years ago, and her little sister was Ivy, the Frog Prince's first bride.

See the "Guardians of Flora" folder, below.

Debuted in The Exiled Prince 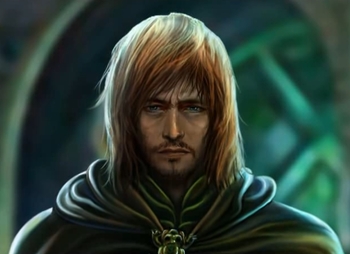 This unfortunate fellow is the brother of the prince who failed to revive Briar Rose, the title character of The Exiled Prince, and the husband of Princess Ivy (and also the Swan Lake Princess, the Cinderella named Agnes, the mermaid named Naida, and Snow White).

Debuted in Rise of the Snow Queen

See the "Guardians of Flora" folder, below.

The father of Snow White and Ross Red, sovereign of the Mountain Kingdom (also known as the Snowfall Kingdom).

He's the son of Noah, the woodcutter who acts as the detective's guide in Rise of the Snow Queen. Later, he returns in Ballad of Rapunzel trying to help his dear friend Gerda, and he returns again in The Thief and the Tinderbox in a very different capacity.

Son of Snow White and the Frog Prince, Gwyn is a recurring character in the series.

The evil witch who captured Hansel and Gretel and attempted to eat them. Turns out, she's been around since at least the time of the Moon Goddess, and is responsible for an awful lot of things which have happened... maybe. It's not clear how many of the wicked witch characters in this series are really her various incarnations.

Hansel/The Moon Priest
The original Golden Child was given the title by the Moon Goddess many centuries ago. As it turns out, he's still around, serving as a priest in one of her shrines in the kingdom of Barsia. He's introduced in the bonus chapter of Snow Queen, then reappears in his adult form in the bonus chapter of Fallen Star. He comes to aid the detective at great personal cost in Tinderbox.

This is an order of female warriors, founded by the original Red Riding Hood Isabella. After her grandmother was killed by a mist wolf, she was adopted by a kindly huntsman and taught to be an expert fighter, and she formed the order to pass on her skills and give protection to the people of the French countryside.

Debuted in Jack and the Sky Kingdom

Jack (minus the beanstalk)

The detective's first true NPC ally, a somewhat heroic figure. He first appears in Sky Kingdom, then returns later during the events of Fallen Star.

Debuted in Ballad of Rapunzel

The Guardians of Flora
These are six royal figures, hand-selected by the nature goddess Flora to serve as Guardians of specific plants. She has endowed them with immortality and powers related to their plants. They are sibling pairs who are given opposing powers, as Flora is all about balance. There may be others, but thus far we only know about these.

Briar Rose is the central figure of the first game, and her little sister Ivy was the Frog Prince's original bride. They are the daughters of Scottish monarchs who reigned a thousand years ago.

The royal half-sisters of Floralia, a kingdom of which the goddess Flora was patroness. The kingdom itself is long gone, but the princesses remain.

Appointed to care for the king's second wife, Queen Melanie, Gothel used this position to ensure that Princess Belladonna would be born with deadly powers.