The Crew of the Raza

The de facto leader of the crew, she slipped into the role quickly and effectively when no one else did. She's good at listening to suggestions, but in the end is able to make unilateral decisions for the best of everyone involved.

"I vote against her voting."
Played by: Anthony Lemke

The hothead, the dissonant voice. He clearly doesn't enjoy being trapped with people he doesn't know or trust, and makes several attempts to convince everyone to split up and go their separate ways.

"It wasn't me, though. It was someone else's dream."
Played by: Jodelle Ferland

A young girl and tech wizard. She's the only member of the crew without a log file, being the only one who isn't a wanted criminal.

"Looks like I can fly this thing."
Played by: Roger Cross

The pilot and backup gun hand. Six often acts as a go-between for One and Two, as he's nicer than Two but more realistic than One.

"Hello, crew. This is your report from the bridge."
Played by: Zoie Palmer

A humanoid robot that initially attacks the crew when awakened, but is soon neutralized and brought back online, albeit without her memories. She is the primary interface with the ship, though Two often insists she show her how to do everything manually. 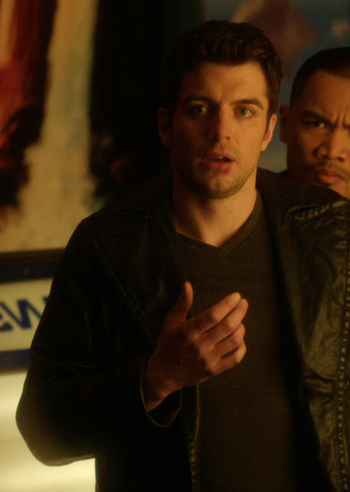 The nice guy of the crew. He can be awkward at times, but he has a strong heart and desire to do what is right. He is devastated when he finds out they were all criminals, and fights to keep them on the moral path regardless.

"Torture is ineffective, and very unproductive. I do find it, personally, highly cathartic."
Played by: Alex Mallari Jr

A quiet swordmaster and interrogator. He rarely speaks, but is almost as dissonant as Three — he's just more patient.

Nyx is a strong, powerful loner. She is extremely physical and has a particular fondness for weapons. Joins the crew in Season Two when they escape from the "inescapable" prison on Hyperion-8.

Devon was once a world-class surgeon, whose dark past still haunts him. Joins the crew in Season Two when they escape from the "inescapable" prison on Hyperion-8. 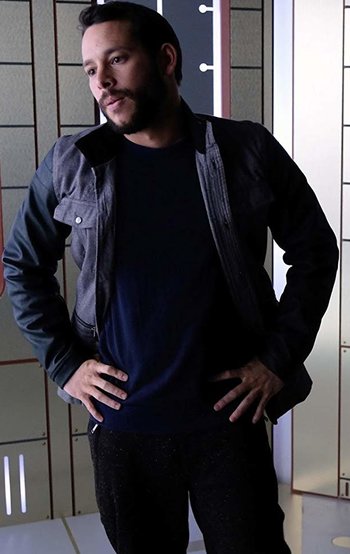 Tabor Calchek's assistant, who attempts to take a step up in the world when his former boss disappears in the wake of the Corporate War breaking out, taking over Calchek's business as a handler who finds jobs for mercenaries including the Raza. Comes onboard the ship with his bodyguard Solara for a run of episodes in Season Three. 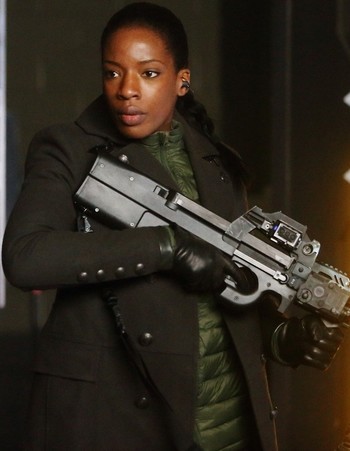 A bodyguard working for Adrian Maro. Comes onboard the Raza with him for a run of episodes in Season Three. 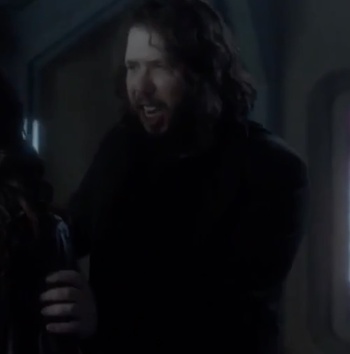 The previous mercenary captain of the Raza, killed by Portia (Two) over his refusal to let the Android establish a neural link with the ship. 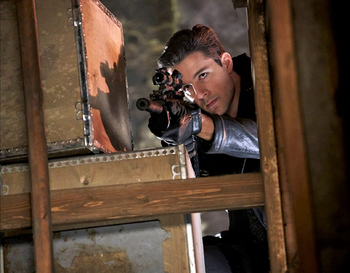 The real Jace Corso, a dangerous criminal wanted by the Galactic Authority. 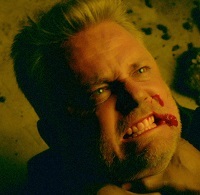 The leader of the Procyon Insurrection, a militant group seeking to overthrow the Galactic Authority.

The leader of a military squad killed by the crew of the Raza. 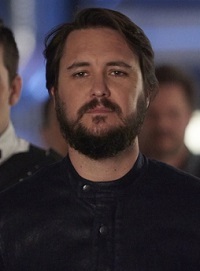 The President and CEO of Dwarf Star Technologies. 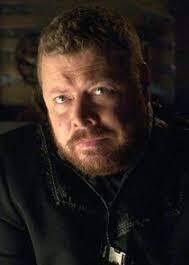 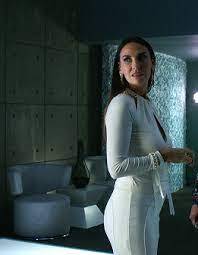 The head of Reynaud Enterprises, who has an interest in Five. 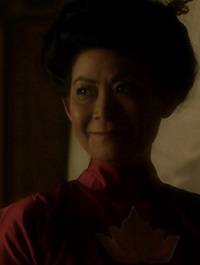 Four's stepmother, Hiro's mother, and the previous emperor's second wife, who killed her husband and framed Ryo in order to keep Hiro from being sent away from court and put him on the throne. 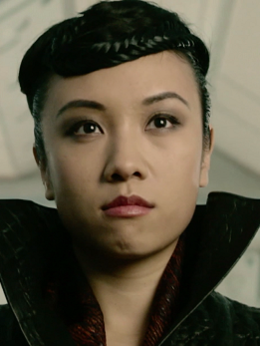 "Time to pay for your sins..."
Played by: Ellen Wong

Commander of the Zairon Imperial Guard, and a personal childhood friend of Four's. She appears in the second season to bring him home when he is imprisoned.

Another band of mercenaries that the Raza crew are forced to work with in Episode 10 in order to pull off a heist against Traugott Corporation on behalf of the Mikkei Combine, consisting of Tash, Vons, Cain and their leader, Wexler. They prove to be untrustworthy on all counts after the heist is completed, taking over the Raza with plans to collect the bounties on the crew and turn the stolen object over to the Volkv-Rusi corporation instead of Mikkei.

Crew of the Alternate Universe Raza

The Raza crew from an Alternate Universe where Ferrous's agent never lost the Blink Drive key, so Das never came aboard the ship, Kal Varrick was killed by Portia Lin after being exposed as an undercover cop, and the mindwipe never happened.

Portia Lin and Marcus Boone are still ruthless mercenaries working as Ferrous Corp's number one agents of chaos with the aid of the Blink Drive, the Raza themselves are responsible for destroying Eos-7 to kickstart the Corporate War rather than trying to stop it, Ryo Ishida already reclaimed the throne of Zairon with their help earlier than in the primary timeline, and the crew includes Jace Corso, Tash and Wexler (whose primary counterparts are all dead) in addition to Portia, Boone and the Android.

This crew abandon their Raza and hitch a ride on the hull of ours to the main universe using their FTL-capable Marauder when our Raza crew steals their Blink Drive in the Season 2 episode "Stuff to Steal, People to Kill", and become a recurring nuisance in Season 3 after hijacking an Ishida cruiser as their new ship. 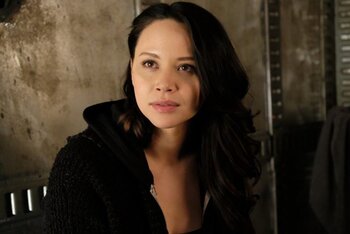 Two’s counterpart from an Alternate Universe, she views the crew from the main universe as enemies. Many of the tropes that apply to Two apply to her. 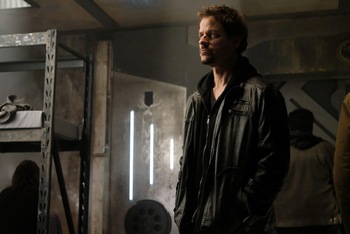 Three’s counterpart from an Alternate Universe, he is in a relationship with his universe’s version of Portia Lin. Many of the tropes that apply to Three apply to him. 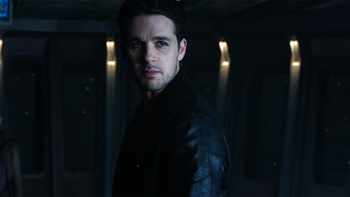 The Alternate Universe version of the mercenary Jace Corso, he is a member of the crew of the Raza in his universe. Many of the tropes that apply to his counterpart apply to him. 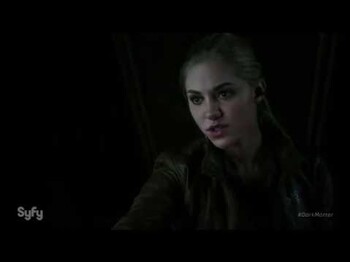 The Alternate Universe version of the mercenary Tash, she is a member of the crew of the Raza in her universe. 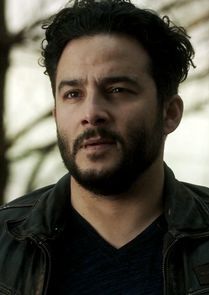 The Alternate Universe version of the mercenary Wexler, he is a member of the crew of the Raza in his universe. 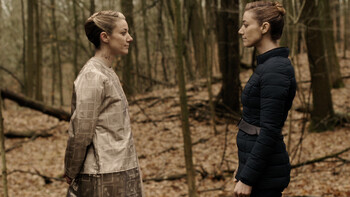 The Alternate Universe version of the Android, she is a member of the crew of the Raza in her universe.

The powerful interstellar corporations that control vast sectors of space.

The corporation that hired the crew for the job on the pilot.

A corporation that is a bitter rival of Ferrous Corp.

A corporation with a strong focus on researching new technologies.

A corporation in league with Wexler and his mercenaries. 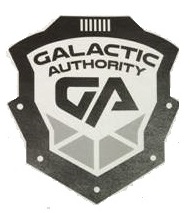 Also known simply as the GA, this is the group in charge of policing colonized space.

An armed group seeking to overthrow the Galactic Authority. 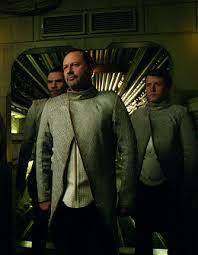 A cult that aims to conquer the galaxy through the use of precognitive abilities. 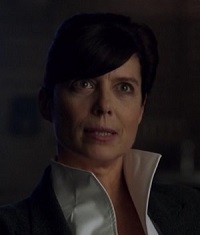 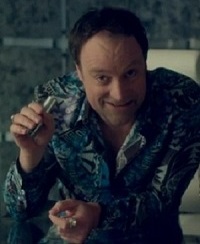 The crew's handler, whose job it is to find them employment. 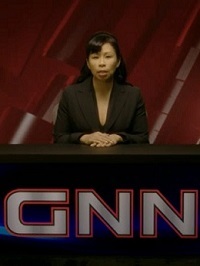 The main news anchor for the GNN network, she’s the most visible media figure seen by the crew. 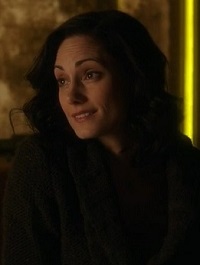 A woman found in a stasis pod in the ship's vault in "Episode 7". She was being kept there to halt the progress of Teterance Disease, and is probably the only person in the universe that cares about Three and vice versa. 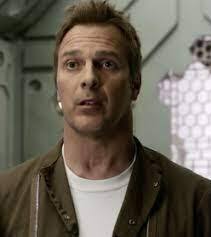 A well-connected inmate in the Hyperion-8 prison who runs one of the gangs there. 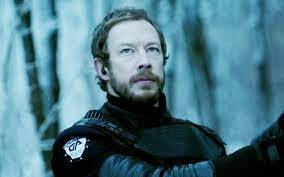 A Chief Inspector of the Galactic Authority who begins hunting the crew of the Raza after they break out of the Hyperion-8 prison. 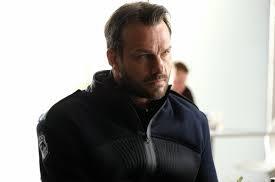 A lieutenant for the GA and an experienced undercover operative. 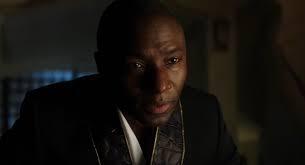 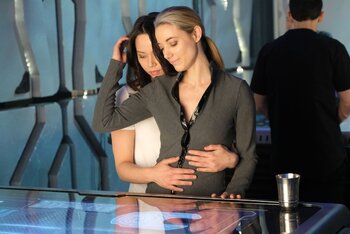 Brilliant roboticist who defected from Dwarf Star Technologies after helping Rebecca/Two escape. She is also the Android's creator, as well as Two's old girlfriend before she took up a life of piracy as Portia Lin.