Characters / Danganronpa The After

The main character of the story. She is an ordinary high school girl who doesn't have any particular talents. She was admitted to Hope's Peak Academy under different circumstances from other students.

A girl who comes from a family of elite athletes in the sports world. Despite her masculine nature, she has a calmness to judge the situation accurately and has a tendency to be shy around other people.

After seeing the first motive video, she breaks down and attacks Konoe with a chair. Later on, she is framed for Yukime's murder in the first trial.

A young designer who creates original and sense-filled designs in the name of fashion. Although she has a tough and slightly weird personality, she is a loyal girl with a good heart.

A maid that stands at the top of a maid cafe. She makes use of beautiful handicrafts and entertainment techniques as a way of serving both men and women. Without shy guidance, she is a character that can not be hated. Although she does have a habit of giving strange nicknames to others.

A girl whose blood is based on a detective family that conducts detective activities on a daily basis. She sticks true to the tradition of the house and uses her family name as a way of making it big in the real world.

She is the second victim of Chapter 2 when Ryohei ties up her body with an electric cable followed by David taking advantage of his trap and finishing her off with a stun gun.

A friendly girl who specializes in handling farm animals. She is able to demonstrate her abilities and complete any farm task without fail. She's a tough girl with a warm heart, but you'll be sorry if you end up crossing her.

A famous calligrapher who is known for making works based on beautiful dance performances and talented pieces. Because she grew up in China for a majority of her youth, she stands out as being a bit stranger than the average girl.

She is the first victim of the killing game as she was stabbed in the chest after answering the door to her room in the middle of the night.

Born to a British mother and a Japanese father, David is known as a professional practitioner of onmyoji. It is said that his powers, known as "Maginai", are good, bad and always effective. However, the habit of his powers can change because of his serious and daring personality.

He is the second culprit. He walks in on Miharu's body which was set up to be killed and takes advantage of the situation by finishing her off with a stun gun. 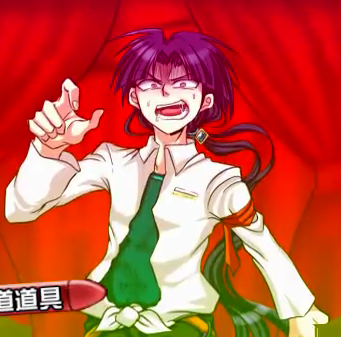 There are many plays and musicals that Issei has made popular with his attractive singing and acting skills. He loves himself to an advanced degree and intends to do things his way.

He is the first culprit of the killing game as he killed Yukime after he disguised himself as Chisa.

A genius gardener called the "small green thumb" because of his landscaping talent. He comes across as pretty rough because of his impatient personality; this can come off as a negative thing as it makes him stand out as being more impulsive and reckless.

The Ultimate Magician himself. He loves to showcase magic tricks that blow people's eyes away thanks to his vivid techniques. He enjoys making others laugh and feeling surprised by his tricks.

In need of a class cheering member for you're local high school? With this guy on your side, you can't give up! Restu's talent as a supporter will naturally blow away the dark feeling inside anyone and in doing so will unleash their powerful inner spirit! Despite having a few fans, he isn't bothered by it and continues to perform his job with a passion.

A competent and gentle-hearted officer, Ryohei solves various incidents and is known throughout Japanese media as "a rookie policeman of great skill". He's young, hip, dependable and beloved by all.

In the second trial, he loses his Nice Guy persona and displays a cruel and darker personality. He's also revealed to have organized an elaborate murder scheme using Miharu's body in order to place Tachihaki, whom he has a personal grudge against, as her killer.

He is a genius conductor who manages music to his heart's content. Just speaking about his musical masterpieces is not enough to imagine his grand appearance or title. But be warned, he doesn't take kindly to being referred to as a girl.

A mysterious boy who entered the school without a recognizable talent. True to his serious image, he prefers to keep to himself and would prefer to avoid interacting with others.

His true talent is revealed to be the Ultimate Unlucky Student. It's also all but stated that Tachihaki was the victor of a previous killing game as he successfully killed someone and got away with it. 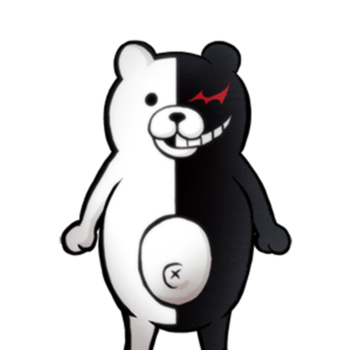 The iconic mascot of the killing game series and is the headmaster of this particular game.

An artificial intelligence modeled after a teenage girl. She has no proper Ultimate title, however she is known as the "Guardian of Kibōgamine Gakuen" (学園の番人) and functions as the school's "life support system" (学園生活支援プログラム).

Ultimates of Killing Game's Past

A group of Ultimate students who were the unfortunate victims of a previous killing game. They have only appeared during Tachihaki's flashbacks as he was part of their class and is heavily suggested to be responsible for their deaths. 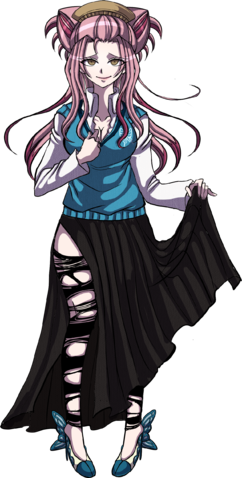 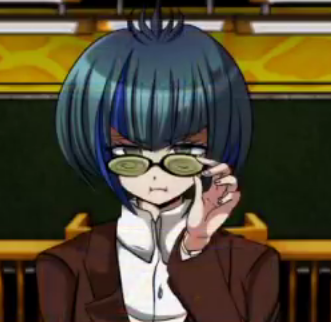 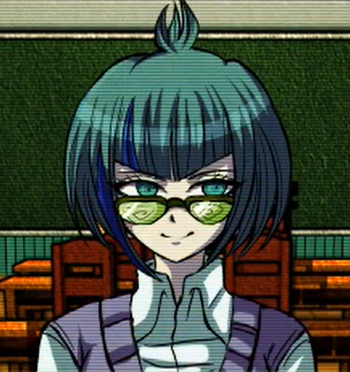 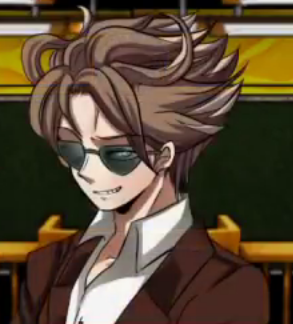 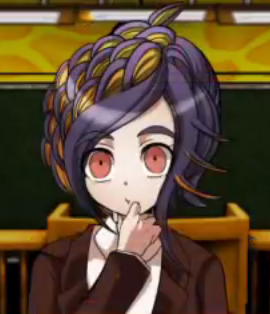 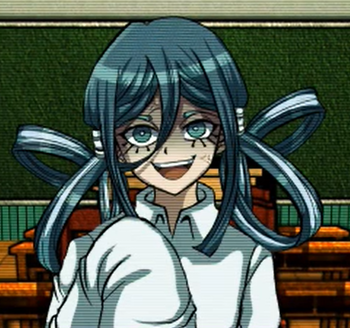 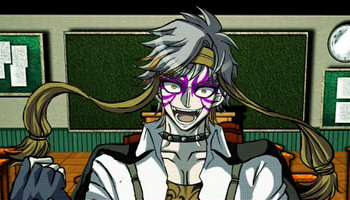 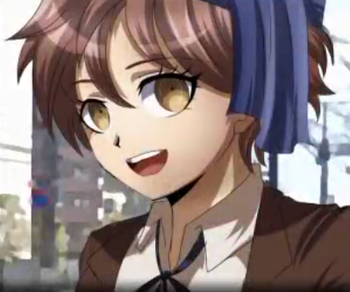