Due to wiki policy, all trope names are visible and may spoil plot elements. 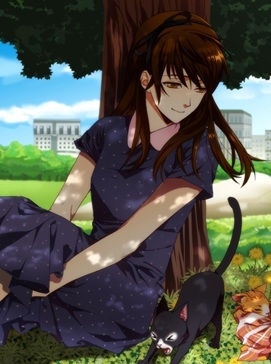 Heejung on a Picnic

The female protagonist. She is a hardworking college student in her last year, but has no idea what she wants to do with her life. A people-pleaser who doesn't get out much, Heejung really just wants her mother to be proud of her again. One day, she wakes up to five animals in a basket by her bed: two cats and three rabbits. Unable to find them a permanent owner, Heejung decides to keep them for a while, only to have them turn into handsome men all ready to woo her. 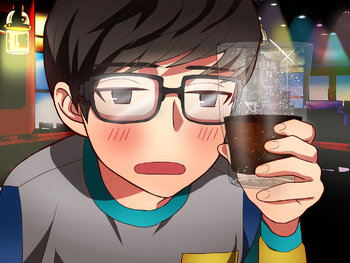 Heejung's college friend. He attends cram school with her and is also a member of the art club. A year younger than Heejung, Heejae is polite and awkward. He really likes Heejung, making any excuse to be with her and often giving her free food from his mom. Though Heejung never shows much interest, he continues to stay by her side, even after college in some routes. 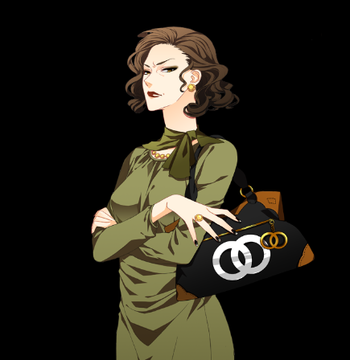 Mom in a Flashback

Heejung's mother and the one person she wants to impress. Before Heejung's father left, she was apparently very warm and kind to her daughter, and Heejung felt like she had a happy family. However, upon finding out that her husband had been cheating on her with a much younger woman, she divorced him and became very overbearing with her daughter to prove that the two were doing fine without him. It got to the point where Heejung could not even have fun, because studying was more important than her own mental health. Even after Heejung moved out, her mother continues to hound her about being perfect and her disapproval haunts Heejung's nightmares. 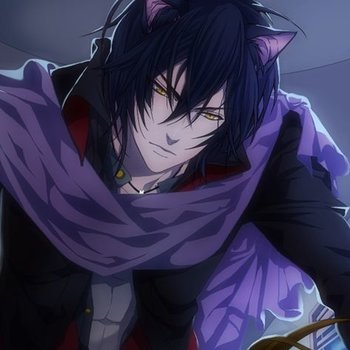 The black cat. He is the first participant in the game the Wizard approaches. He comes off as lazy, loud, and not very bright, but he is also very protective of Heejung and shows a strong desire to win the game, unlike the rest of the animals. Of the five, Jisoo seems to have the most at stake in this game with the Wizard and is willing to do anything to win Heejung's heart.

His real name is Bryce, and his wish is to cure his little sister's illness. 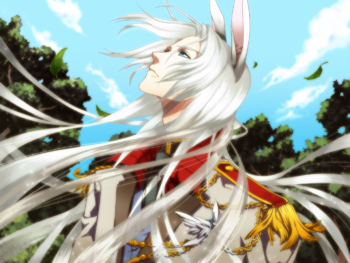 The silver rabbit. He is the second participant in the game the Wizard approaches. He serves Jieun and waits on his every need, almost like a nanny. He acts strict and tight-lipped, never saying more than is needed, and hates how noisy the cats are. Despite his cold attitude to the cats, Jihae is very polite to Heejung and tries to help where he can. Of the five animals, he is the only one to get a job, having been scouted as a model due to his good looks.

His real name is Eddison, and his wish is to bring back the woman he loved who committed suicide. 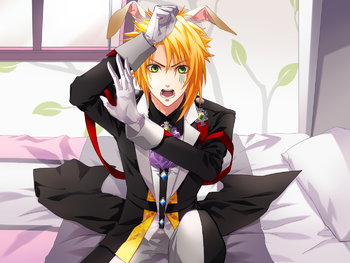 The spotted rabbit. He is the fourth participant in the game the Wizard approaches. Despite being in a game to win the heroine's heart, Jiwoo is very rude, pushy, and downright condescending to Heejung. He acts high and mighty compared to the other animals, not getting along with even the other rabbits, and prefers to keep to himself. However, he also shows a love for romance novels (even really bad ones) and says he plans on being the best at romance by reading these novels.

His real name is Miran, and his wish is to bankrupt his family. 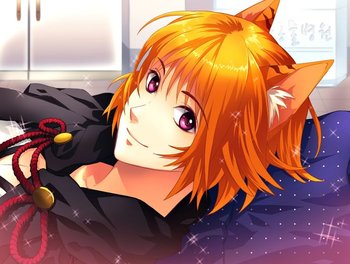 The orange cat. He is the fifth and final participant in the game the Wizard approaches. At first, he comes off as playful and cute, acting like a child despite his age. He loves clinging to Heejung and getting out of trouble using his puppy-dog eyes, so to speak. However, as Heejung gets to know him, Jiyeon shows a much darker, serious side, as well as a talent for manipulating people with his cutesy looks.

His real name is Nick, and his wish is to get revenge on his former friend for killing the old woman that took care of him. 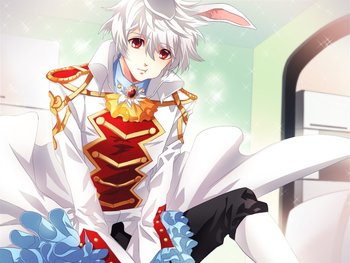 The white rabbit. He is the third participant in the game the Wizard approaches, only being asked because Jihae would not join without him. Almost completely silent, Jieun just interacts with Jihae (you can't find one without the other) and, to a smaller extent, Heejung. He is the youngest participate in the game, but is rather emotionally void. Besides Jihae, no one can get a read on him. However, Jieun shows a desire to mature and is very good at reading other people.

His real name is Etinos, and his wish is to grant Jihae's wish. 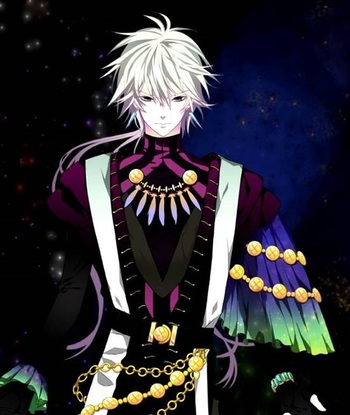 The Wizard in his Domain

The wizard who grants wishes for those with a strong enough desire. He exists in a space between the human world where Heejung lives and the world where all the guys come from. If a person has a desperate enough wish, one day they will meet him and he can grant that wish... for a price. Anyone who has their wish granted must sacrifice their memories pertaining to the wish to power it. Afterwards, the person will have no memory of the Wizard. He has lived like this for centuries and has grown bored of this routine: granting wishes and being forgotten. Upon watching Heejung for a while, he develops an unhealthy obsession for her and starts the game in order to meet her one day.

Tropes associated with The Wizard: