While the anime reminded the viewers "you don't really need to remember the characters' names or anything," we tropers still have the obligation to catalog the cast of the manga and anime series Daily Lives of High School Boys. 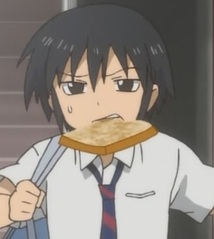 Voiced by: Miyu Irino
"My name is Tadakuni. I live a normal life, attending a normal school, in a normal town." 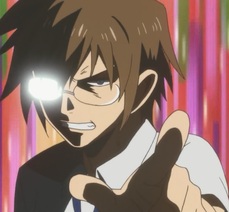 Voiced by: Tomokazu Sugita (teenager) and Yuko Sanpei (Grade 5)
"That's it, Tadakuni! Run! Run, Tadakuni! Leave behind your Tsundere childhood friend! Throw out your little sister who's unrelated by blood! Run past that beautiful, mysterious transfer student until she fades into the distance! Hold on to that hand, and just, just... keep running!"

Tadakuni's classmate who looks stoic and emotionless. Despite his calm appearance, he is actually a stubborn Large Ham with an odd sense of humor. 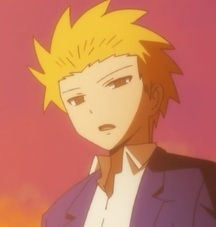 Voiced by: Kenichi Suzumura
"A friend is... someone who walks with them even if they follow a different path! Someone who can bear the burden of their sins! Isn't that what it means to be a true friend!?"

Tadakuni's other friend, who looks more friendly and easygoing than Hidenori is... yet is an idiot who shares Hidenori's odd sense of humor. 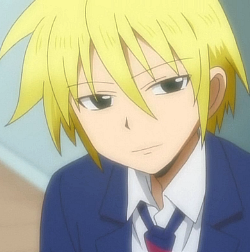 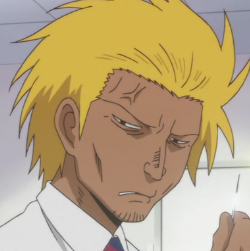 The Vice-President of the Student Council. Despite his scary appearance, he's well-mannered and polite. 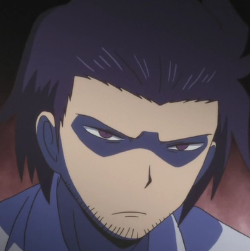 Tadakuni's classmate and a member of the Student Council. Despite his notoriety as a delinquent, he only really looks the part, and is one of the main group's friends. 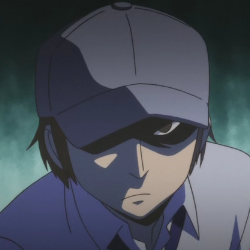 A quiet, stoic member of the Student Council who's always seen wearing a hat. Is occasionally reeled into the main group's antics, especially when Motoharu is around as well. 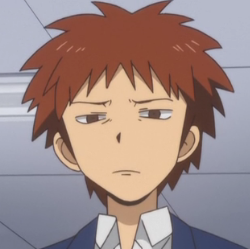 A classmate of the main characters. He's also the biggest loser in class. 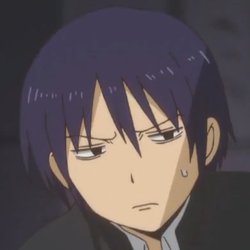 A student from Sanada West High and a classmate of the Literature Girl, who lives across the street from Karasawa and Habara. 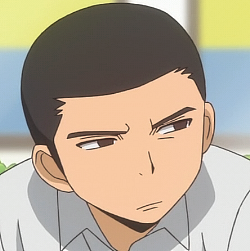 A student from Sanada West High who hangs around with Takahiro. 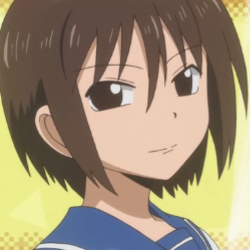 A girl from Sanada West High who lives next to Karasawa. Like her Distaff Counterpart Tadakuni, Yanagin and Ikushima frequently hangs out at her house. Eight years ago, however, she was the "Archdemon," the most dreaded kid in town. After a joint effort to "pacify" her by other kids, amongst which were Yanagin and "Rubber Shooter", she has completely changed for the good. 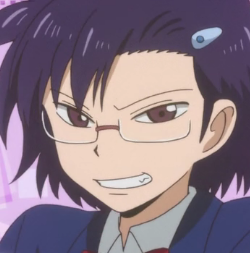 Habara's oddball friend from Sanada Central High, who, like her Distaff Counterpart Hidenori, often has something to say (translate: scream) about high school boys. 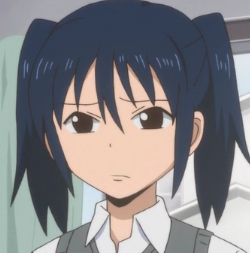 Habara's other friend from Sanada East High, who always goes along with whatever Yanagin's up to. 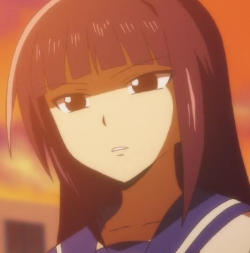 Voiced by: Yōko Hikasa
"She's probably hoping for an unrealistically romantic "Boy Meets Girl" encounter...! Can her mind shake off gravity or what? See, she's already got a distant look in her eyes. I can already tell that her romantic maiden gauge is reading full!"
(Hidenori's Internal Monologue, High School Boy and the Literature Girl 3)

A girl from Sanada West High who wrote a Romance Novel about an encounter between a girl who can control wind and a geeky, solitary boy, and then tried to reenact it in the series' Real Life. Hilarity Ensues, especially when she projects the "boy" to Hidenori, who is well-aware of what she's trying to invoke... 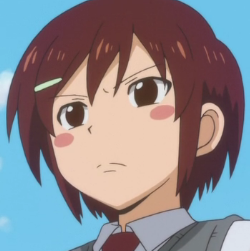 Student Council President of the all-girls Sanada East High, who's determined to prove the superiority of girls over boys. 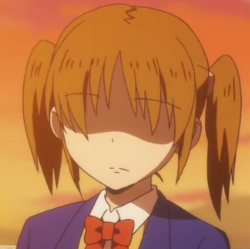 Tadakuni's younger sister and a freshman at Sanada Central High. Despite talking with Tadakuni only once a month, she often ends up getting involved in her brother and his friends' hijinks. 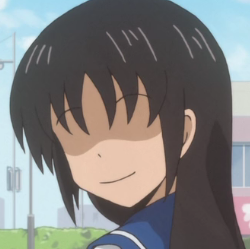 Voiced by: Risa Hayamizu
"It's pretty rare, what we have. Not many siblings get along, you know?"

Motoharu's older sister and a third-year from Sanada West High. Because their parents aren't around much, they're close, relatively speaking. 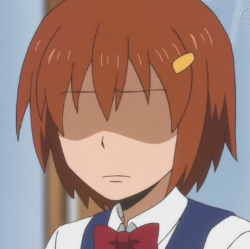 Voiced by: Ami Koshimizu
"Did you know? Most entertainers get plastic surgery."

Yoshitake's older sister, third-year schoolgirl at Sanada Central High, and a compulsive liar. She's desperate for a boyfriend, and gets highly upset when others bring this fact to light. 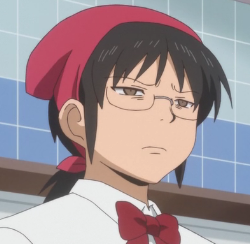 Voiced by: Junko Minagawa
"These guys are pissing me off."

A third-year from Sanada Central High and a senior staff in a pizzeria where Tadakuni and Yasunori work part-time. 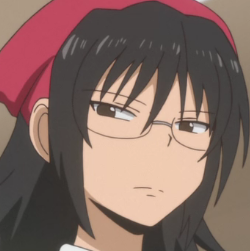 Yanagin's "rival" at Sanada Central High. Her relation to that Nago, if there is any, is unknown.

Note: Due to name similarities with the Nago above, she is referred to in capitals.
Yanagin's Sempai 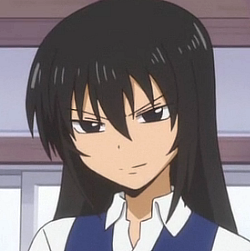 Student Council President of Sanada Central High, who mentors Yanagin, Habara and Ikushima on how to be "better" high school girls. Apparently has a past with Karasawa as well. 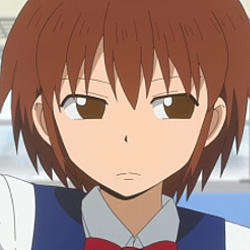 A student at Sanada Central High who gets bothered by every little thing that happens around her. 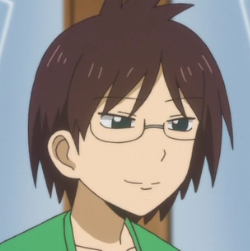 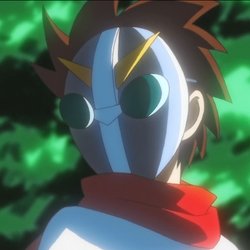 A mysterious kid whose true identity remains unknown. He saved Hidenori from bullies when he was young—and continued to be Hidenori's role model. He was also part of the team that "pacified" Habara. 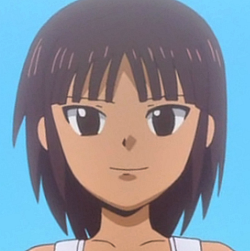 A girl who lives in Hidenori's maternal hometown.