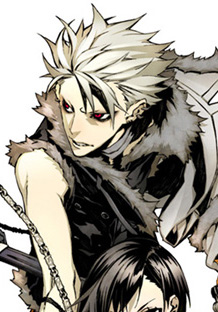 Take our word for it: You really don't want to see him smile.
Voiced by: Takahiro Sakurai (Japanese)

The Protagonist, more or less. Not completely right in the head. 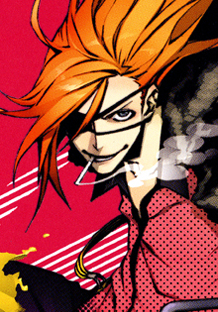 Whatever you do, do not take away this man's cigarettes.
Voiced by: Akira Ishida (Japanese)

A private investigator slash occasional hired gun who sometimes teams up with Heine. He loves his ciggies something good and works a day job at a convenience store. He's missing an eye. 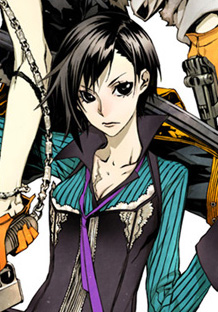 Nobody will ever kick ass as gracefully as her.
Voiced by: Shizuka Ito (Japanese)

A swordswoman wandering the city trying to find information on her parents' killer. "Naoto Fuyumine" is not her birth name. 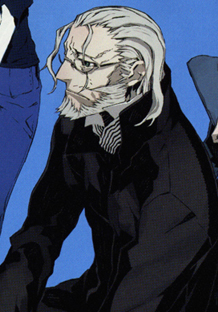 The fact that he lived long enough to stop being bishonen should tell you how hardcore this guy is.
Voiced by: Akio Ohtsuka (Japanese)

A retired assassin and occasional errand runner for the owner of Buon Viaggio. He gets lost. Often. 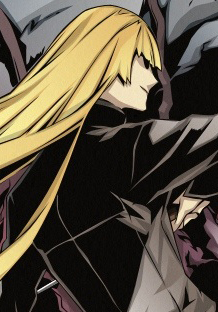 Pedophile Priest. That's all we have to say about him.
Voiced by: Toshihiko Seki (Japanese)

The priest of a local church. He serves as a guardian of sorts to Nill and mentor to Heine. Well, he lets Heine keep his guns there.

A winged fourteen year old mute girl who lives in Bishop's church. Just about everyone who sees her agrees that she is the cutest thing ever.

A former prostitute and old friend of Mihai and his lover Milena. She now runs the restaurant Buon Viaggio, and is in a relationship with Mihai. 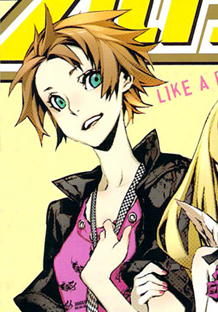 It's sad that she's one of the few people in this series who spends most of her time smiling.
Voiced by: Ryoko Shiraishi (Japanese)

An info broker who sometimes works with Badou.

A short elderly demi-human woman who's the head of a gang of more demi-humans.

An old friend of Badou's brother Dave. He is the chief of police under the employ of the Underground Rail System. Though cynical and world-weary, he is a hard working and honest man who does his duty without hesitation.

A young demi-human boxer who often hangs around Nill. He's a member of Liza's gang.

A Mad Scientist working for an as of yet unnamed underground organization. Giovanni and Heine occasionally call her "Mother." 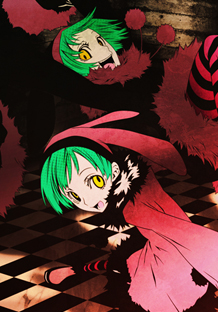 Two young twin girls who are always together and work as bounty hunters. They are under Frühling's care and apparently part of Einstürzen's organization. It's heavily implied that they are Siamese twins who were conjoined at the shoulder before they were forcibly separated by Einstürzen. 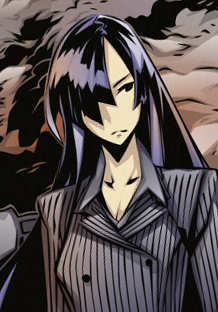 If you piss this woman off, you'll be in pieces before you even know what's happening.

A swordswoman who works for Einstürzen. She leads a troupe of helmeted, black-clad Nigh Invulnerable minions. Nuki and Loki's apparent guardian.

Recently revealed to be the original Naoto & also the killer of Naoto Fuyumine's parents. 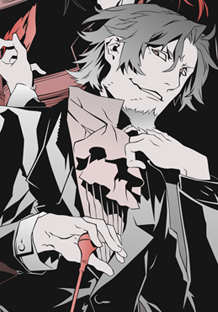 You can trust that smile. Honest! 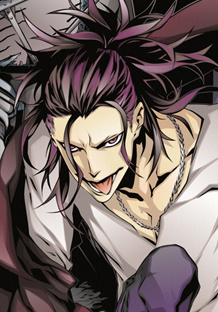 Even by the standards of this series, he's absolutely nuts.

A young man who was trained and raised by Fuyumine alongside Naoto. Never get within arms' length of him.

A mysterious man who raised Magato and Naoto.

Badou's older brother. Seven years ago, he was a freelance Intrepid Reporter who got too close to discovering Einstürzen's opperation and was killed for it by Beltheim, then little more than one of Einstürzen's puppets.

The Director of the Central Administration Office.

A pig man in the underground.

Head of the Calcerino family.