DC Extended Universe Character Index
Others
Smallville and Metropolis | US Military and Government | Krypton | Gotham City | Amazons and Gods | World War I | The Seven Seas | Philadelphia | Knightmare | Companies | Other Humans
The people inhabiting the depths of the Seven Seas.
open/close all folders
Advertisement: 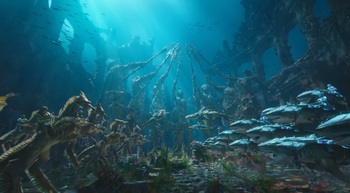 "The ocean is not just our home, it is who we are. Being Atlantean is more than just being able to breathe under water, your body is equipped to survive in the extreme cold and pressure, and your eyes adjust to see in the darkness."
—Vulko

The old and highly advanced civilization inhabiting Atlantis, the legendary kingdom located deep underwater in the Atlantic Ocean. Inhabitants of the kingdom of Xebel, which is one of the Seven Kingdoms formed after the sinking of Atlantis, share the same biological features as those of Atlantis. 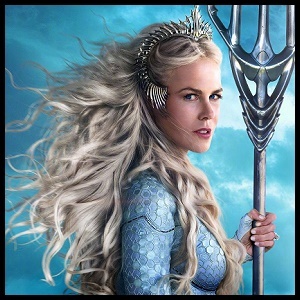 "You'll get to unite our worlds one day."

"A king fights only for his own nation. You fight for everyone."

The former queen of Atlantis. A human lighthouse operator, Thomas Curry, found her washed up on his island after she fled an arranged marriage with King Orvax. The two of them fell in love and Arthur/Aquaman was born of it.

The father of Orm and king of Atlantis before him. Atlanna was his unwilling betrothed. 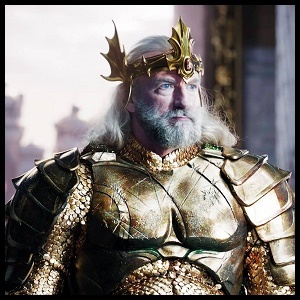 "In this trident resides the power of Atlantis."

"If you seek my power, you must prove your worth. Journey beyond the edge of the world to the Hidden Sea. Look inside the bottle for the charted path. Only in the hands of the True King can he truly see."

An ancient king of Atlantis who forged a trident that grants power over the oceans. He ordered experiments on the trident's powers and these destroyed and sank Atlantis. He ended up exiling himself in an unknown location beyond the Hidden Sea and took the trident with him. An unnamed ancient king of Atlantis who took part to the battle against the first invasion of Earth by Apokoliptians with his people. 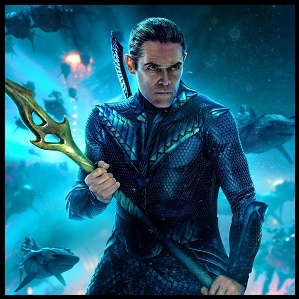 "You have to forget all the teachings of the surface world. Go deeper." 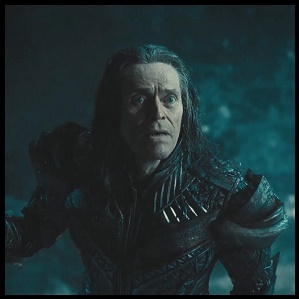 "You can't turn your back on the world forever, above or below."

Affiliation(s): Atlantean Royal Family (in service or Orm, but actually a loyalist of Arthur/Aquaman)

"Arthur may only be half-Atlantean, but he's already twice the king you'll ever be!"
—Vulko to Orm

Vizier to the king of Atlantis and Arthur/Aquaman's secret mentor. 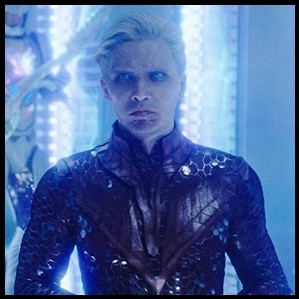 "In the name of his highness King Orm, I'm placing you under arrest." 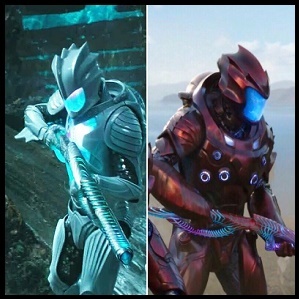 The soldiers of Atlantis. 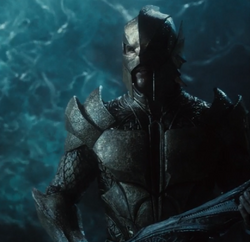 "I will never betray my own people!"

Portrayed by: Will Coban, Taylor James

"No son or daughter of Atlantis will ever tell you!"

Atlanteans tasked with watching over the Motherbox entrusted to them thousands of years ago. 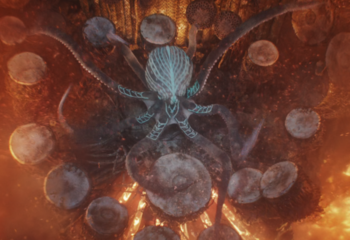 An octopus that can play the drums. 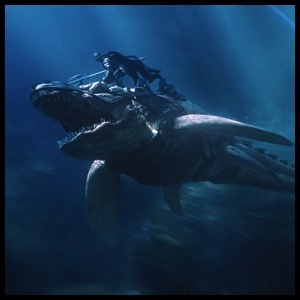 Affiliation(s): Atlantis (in service of Orm) 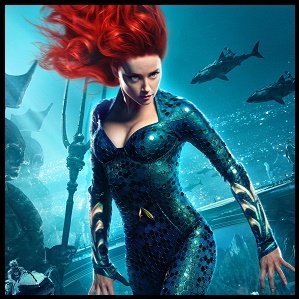 "Atlantis always had a king. Now it needs something more."
Click here to see her wearing her Justice League outfit 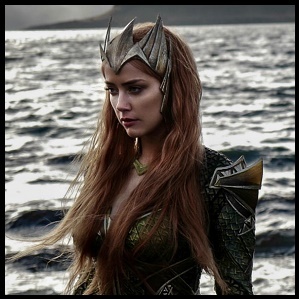 "Your mother left you to save your life. You cannot imagine how it hurt her. What it cost her. But you're not a defenseless child now. It would have been her responsibility to follow that monster to the surface and stop him. Now, it's yours."

Other appearances: The Adventures of Aquaman & Mera

"Your half-brother King Orm is about to declare war upon the surface world. The only way to stop this war is for you to take your rightful place as king."

The daughter of King Nereus, Mera was raised by Queen Atlanna and betrothed to Orm. She convinces Arthur Curry/Aquaman to go against Steppenwolf and he ends up joining the Justice League as a result. Later, she convinces Arthur to claim his heritage as king against Orm to protect both the remaining kingdoms of the Seven Seas and the surface world from the latter's wrath. 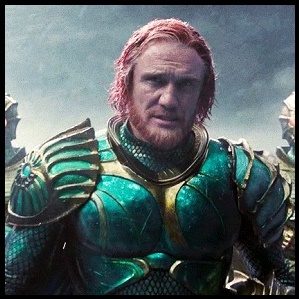 "Without me and my army to convince them, your plans are stillborn."

"You may sit on the throne of Atlantis, but your claim to it is weak. How can you possibly hope to unite the empire?"

The king of the Atlantean colony of Xebel, in the Bermuda Triangle, and Mera's father. 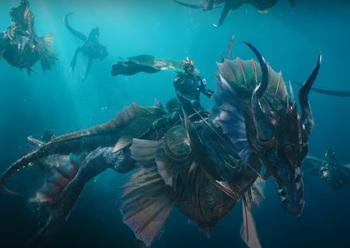 Mounts of the Xebellian royal family and their military

Kingdom of the Fishermen 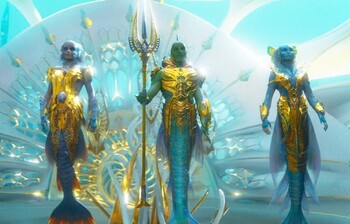 A race and kingdom that emerged after the sinking of the original Atlantis. Its inhabitants evolved from humans into fish-like humanoids. 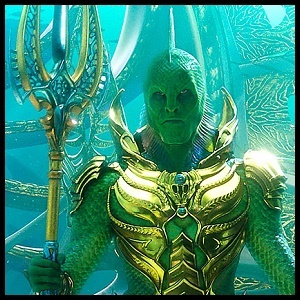 Affiliation(s): Royal Family of the Fishermen

The king of the Fishermen. 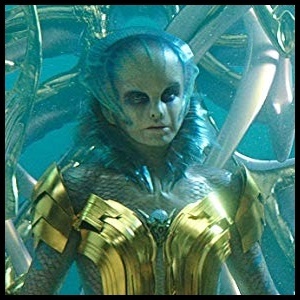 The young heir to the Fisherman king Ricou.

Affiliation(s): Royal Family of the Fishermen

The queen of the Fishermen.

Kingdom of the Brine 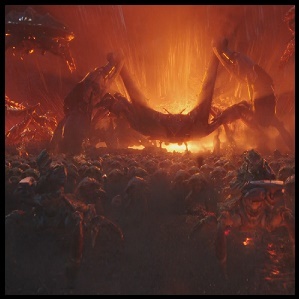 A race and kingdom that emerged after the sinking of the original Atlantis. Its inhabitants evolved from humans into crustacean creatures. 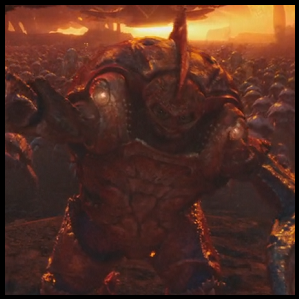 "Death to the Atlantean codfish!"

Citizenship: Kingdom of the Brine

The King of the Brine. 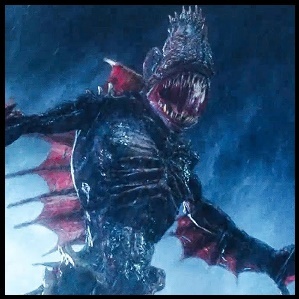 A savage race of underwater dwelling creatures. They are the most extreme case of evolution (or de-evolution) of ancient human Atlanteans and, unlike the Fishermen and the Brine, have practically become beasts with nothing left of a civilized behaviour.

Kingdom of the Deserters 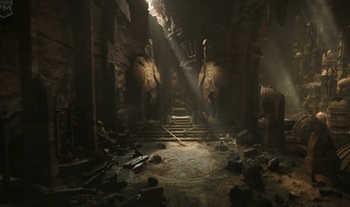 A kingdom that splintered off from Atlantis to establish a civilisation in the Sahara. They forged the Trident of Atlan and developed technology of their own, only to die out at some point.

A long-lost kingdom that is shrouded in mystery. 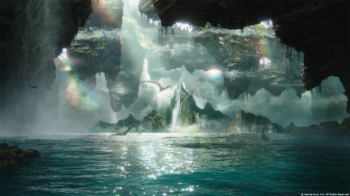 A hidden ecosystem located in the centre of the Earth. 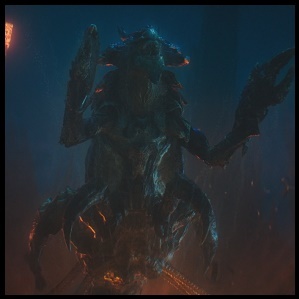 "No man has ever freed the Trident from Atlan's grip. Should he deem you unworthy... well, I haven't feasted in eons, and I am famished."

"You do not belong here. I have guarded the Trident against false kings since the beginning. And for a thousand years I have seen the greatest champions try and failed, but never have I sensed one as unworthy as you. You dare to come here with your tainted mongrel blood to claim Atlantis' greatest treasure?"

A legendary sea monster from Atlantean myths. She guards King Atlan's trident in a cave in the middle of the Hidden Sea.