Main Character Index
A group of Human Aliens from the lost planet Krypton, Kal-El/Superman's birth world. Led by General Zod, a Renegade Splinter Faction from the Kryptonian military named "Sword of Rao" attempted a coup to take over Krypton's high command. The coup failed and Zod was subsequently banished in the Phantom Zone along with a few of his most loyal followers. They managed to get out of it following the planet's destruction, and survived in space for 33 years, relentlessly seeking traces of their kind. Unlike Superman, they are hostile to Earth and attempt to terraform it without any regard for human lives.
open/close all folders 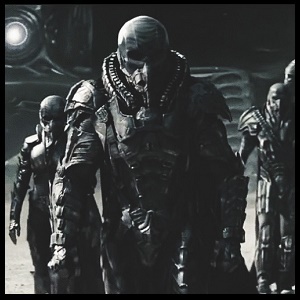 "You led us here, Kal! And now it's within your power to save what remains of your race."
— General Zod

The only survivors left after the destruction of their homeworld aside from Kal-El, these ruthless Kryptonians led by General Zod escaped the Phantom Zone and wandered in space in search of surviving colonies of their destroyed civilization, but found nothing but death and technology to scavenge. Until the day Clark Kent/Kal-El activated a Kryptonian scout ship in Canada, which sent a signal that brought them to Earth. 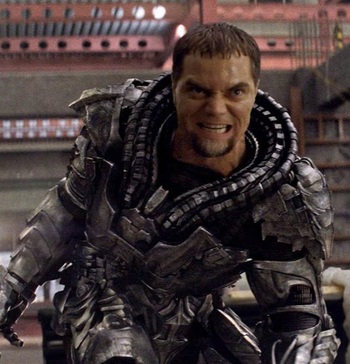 "I was bred to be a warrior, Kal. Trained my entire life to master my senses. Where did you train? ON A FARM?!"

"Every action I take, no matter how violent or cruel, is for the greater good of my people."

The general in chief of Krypton's military and a former longtime friend of Jor-El. Zod believes Jor-El's warnings about the hopeless state of Krypton and launches a coup after concluding that the Council is incapable of saving their race. When the coup fails, the Council has him and his most loyal followers imprisoned in the Phantom Zone, a decision which ironically spares them the fate of their home planet. After arriving on Earth in search of Kal-El, he decides to terraform it for the sake of building a new Krypton, endangering the human race in the process. 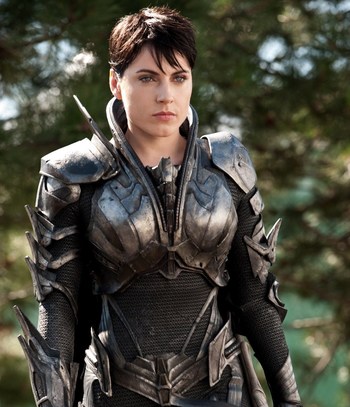 "You will not win. For every human you save, we will kill a million more."

"The fact that you possess a sense of morality and we do not gives us an evolutionary advantage. And if history has proven anything, it is that evolution always wins."

Zod's second-in-command, and the most dangerous warrior of his crew. She is physically brutal, and combines Kryptonian enhanced strength and speed with lethal martial arts. 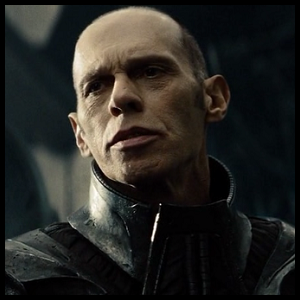 "It is of little consequence, because I have located the Codex. It was never in the capsule. Jor-El took the Codex, the DNA of a billion people, and he bonded it within his son's individual cells. All of Krypton's heirs, hidden in one refugee's body."

Zod: Does Kal-El need to be alive for us to extract the Codex from his cells?
Jax-Ur: No.

A Kryptonian scientist and follower of General Zod. 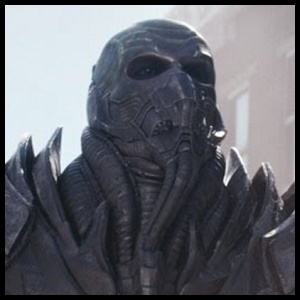 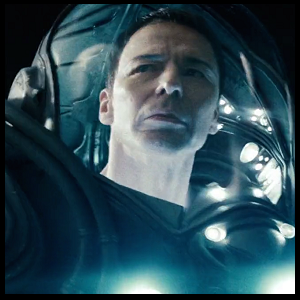 One of General Zod's officers (of unspecified rank), he is mostly seen beside Faora-Ul. 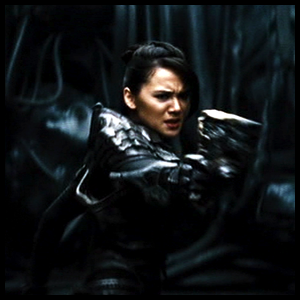 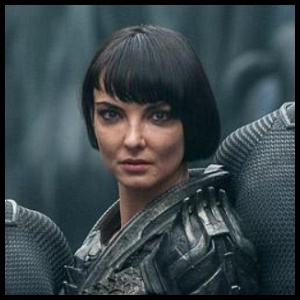 A former Kryptonian soldier and follower of General Zod.