For characters from the sequel, see here.

Tropes associated with all of them but Wombat:

A lover of all things fluffy and a Big Eater. His family runs the Kurotamayu, a hot spring bathhouse.

A Binan High 3rd year who goes at his own pace unless in a bind. Atsushi and him were just chilling out at the Kurotamayu when Wombat appeared.

The Smart Guy (aside from Kinshiro) who has to take care of En often due to his slothfulness. Atsushi's sheltered and quite serious. He used to be Childhood Friends with Kinshiro, but for some reason they drifted apart. Until the end of season 1.

A guy who loves money, so much that he dabbles in the foreign stock exchange.

A pink haired guy whose phone is always ringing with dates from girls, and he claims to be a Casanova (though this is questionable at best). He also happens to be friends with Io, who's in the same year as he is.

A Talking Animal who came from a distant planet. For some reason, he has a heart symbol on his side.

Tropes associated with all of them but Zundar: 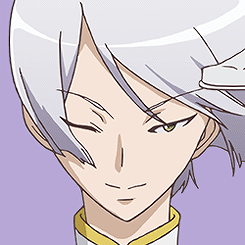 The smartest guy at Binan High School who is the Student Council President. 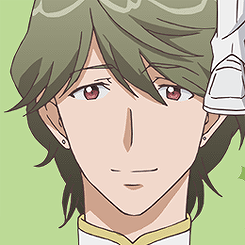 Kinshiro's right hand guy who understands the student council president's anguish better than anyone else. 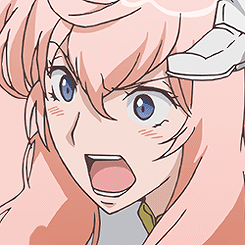 A noble guy who doesn't like Ryuu for some reason.

A green hedgehog from a faraway planet who wants to Take Over the World. Or does he? 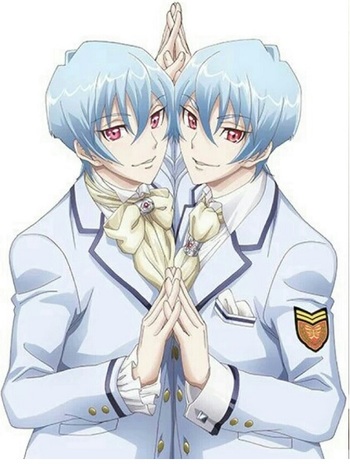 A duo of Dark Magical Boys introduced in season 2. They're idol second-year transfer student twins. Haruhiko is the younger one with poor expression, while Akihiko is the elder, well-mannered one. Both have an abrasive personality. (Basically, wherever one smiles, the other is frowning.) 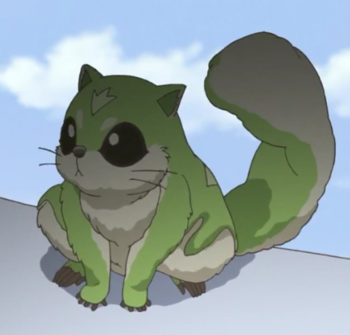 Introduced in season 2. Comes from the same planet as Zundar. Currently works as the Beppu twins' manager. The younger brother of Zundar, last season's villain.

A teacher at Binan High School that serves as advisor for the Defense Club. After Wombat accidentally knocked him down a flight of stairs, Mr. Tawarayama became a corpse that Wombat uses to keep a low profile.

A duo, consisting of Kou Kinosaki and Masuya Tazawa, who poke their noses into the affairs of the Defense Club in episode 5 and then show up occasionally afterwards.

A mysterious shopkeeper from episode 7.

Monsters of the Week (Season 1)
People who have strong negative feelings that get turned into monsters by Zundar whom the heroes have to defeat through showing them The Power of Love. They have Punny Names in Japanese and are voiced by guest VAs.

An extremely average boy who is angry that people overlook him in favor of more exciting people (or "oden ingredients", in the context of the Space Whale Aesop).

A boy who hates asymmetry and odd numbers, he loses it over not being able to break his disposable chopsticks evenly.

A ballet advisor (with nobody in his ballet club) who loses it over people not thinking he's the prettiest boy in the school. Turns into a black swan monster with the power to make everybody love him.

A high school student with the face of an old man who gets sick of people thinking he's old. He becomes a beautiful young man with the power to make everyone else younger as well, which he uses to turn our heroes into children who can't fight back.

A boy with an overly controlling father who desires to be the one controlling others for once.

An extremely smart boy who talks in a low Creepy Monotone and is furious that Io beats his test scores. The other students think he has a screw loose, so he becomes a screw tank monster.

A shut-in who lives above his dad's convenience store, who becomes convinced after spending too much time on the internet that friendship is worthless. His monster form has the power to make people argue with their friends - the stronger the friendship, the worse the argument is.

An extremely self-conscious student who drives people away by constantly worrying what they think about him to the point that he can't focus on anything else.

A friend of Yumoto's, and the manager of the baseball team. He acts cute and pleasant, but inwardly he takes great pride in his cuteness and feels threatened when someone cuter than him shows up.

Monsters of the Week (Season 2)
People who are overcome with jealously and are turned into monsters by the VEPPer. The heroes have to defeat through showing them The Power of Love. Most of them have Punny Names in Japanese and are voiced by guest VAs.

A boy who wishes time would stop because he is tired of being the oldest student in his class.

A pathological liar. He is the first one to meet Aki and Haru, and instantly becomes their biggest fan.

The president (and only member) of Binan High School's Speaking Poets Society.

An Italian transfer student who is jealous of his twin brother's chest hair.

A shy boy who wonders how it feels to be a beloved idol.

A classmate of Yumoto's. He hates spending Christmas Eve working on his father's ramen shop instead of partying like everyone else.

A 23-year-old who keeps failing his university entrance exams.

These Beppu Apes (followers of Akihiko and Haruhiko) haven't received chocolate for Valentine's Day at all, so they ended up turned into monsters.

A monster that claims to have 32 pages of detailed backstory. Notably the first monster to have any CGI on him whatsoever.

Seen on the Beppus' TV as part of CIDE 1.

A monster partially responsible for the Beppus' childhood trauma. Goura saved them.

A Featureless Protagonist who has to disguise herself as a boy and attend Binan High for reasons only a Lovracelet can give. Can get into either the Defense Club or the student council, although on the Hara and Sakegaki routes it would be assumed she joins the Defense Club.

The school physician who has his own game storyline, in which he (mostly) interacts with En and Atsushi. He's kind to the students but after the protagonist gets turned into a cat and he has to take care of her, he treats her harshly.

Exclusive to the Hara and Sakegaki routes.

A guy who works at the canteen. He has his own game storyline, in which he (mostly) interacts with Ryuu, Yumoto and Io.

Exclusive to the puzzle game. A first year at Binan High in the puzzle club. He has blue highlights in his actual hair, so he wears a black wig at school to disguise them.