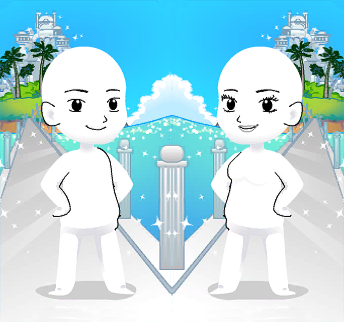 Marshmallow-kun and Marshmallow-chan, standing side by side.
The MC of the game. While there is no given name in-game, Word of God confirmed it as Marshmallow 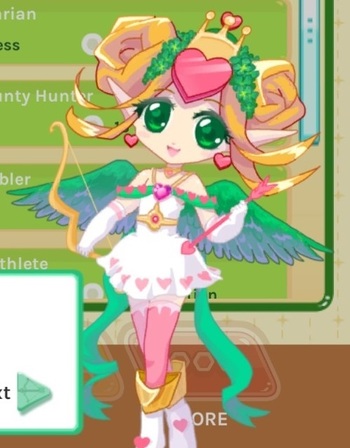 Professor Wood
A researcher that makes appearances in the introduction of all four monster girl events.

A stereotypical Tsundere, and the first girl unlocked in the game. Marshmallow first encounters her by crashing into her with their bike while they are distracted by a pigeon, CRUSHING her ribs and sending her to the hospital.

All I want is someone smart, tech-savvy, motivated, with decent mid-control skills and a nice butt. Is that too much to ask?

A Gamer Chick and the second girl unlocked in the game. Marshmallow encounters her when they button-mash through an arcade game and CRUSH her high score, leaving her crying and devouring ice cream.

Do you want to share a tuna sandwich? Or a can of tuna? Or a raw tuna? I like sharing, so let me know your preference.

A self-proclaimed Cat Girl who appears to be unaware that she is a human being. Marshmallow finds her when they accidentally CRUSH her Cardboard Box Home while fleeing from the police due to protesting.

Do you like girls? I'm not sure if you noticed, but I am one.

A narcoleptic girl with an unusual train of thought who is often confused and makes Literal-Minded or nonsensical analogies. Marshmallow meets her when she asks them to pass her a spoon while having coffee and reading existential philosophy, only for them to inform her that there is no spoon, CRUSHING her perception of reality.

Let's play truth or dare. I dare you to do me. Sorry, I don't have a very good imagination.

A girl based on the Nutaku website, which, being an adult gaming website, causes her to be extremely suggestive, vulgar and obsessed with sex. Marshmallow meets her when browsing through their favorite NSFW website (presumably Nutaku itself), at which point she enters their room by literally Breaking the Fourth Wall.

There's nothing I like better than a motivated person! I love a get-shitzu-done mentality! Work hard and play hard!

An adventurous gal whose motorbike gets "crushed" by Marshmallow while they're practicing their archery hobby.

If you're aiming to impress me, go grab a frilly apron, grab a mixing spoon, and start giving that batter what for!

A Southern-accented baker with a large family. Her first meeting with Marshmallow involves spilling a bunch of baked goods and covering her in cream.

Good afternoon, Senpai! Are you wearing a new cologne today? I mean, it's not like I make a point to smell you or anything...

The protagonist of Yandere Simulator. In the Crush Crush world, Marshmallow is her beloved Sempai, with all the secretive (and sometimes literal) backstabbing of her rivals that entails.

Logdate 7112 - The Marshmallow from the local time group remains in constant contact. I am beginning to find them physically appealing.

to see her human form

An actual bear. Met in an otherwise all-human party, in which Marshmallow accidentally hurts her feelings.

How do ye feel about fraternizin' with the staff? Because I'm definitely down with fraternizin'.

A maid that Marshmallow hires to help manage the ever-growing pile of money from taking on multiple jobs.

A digital idol singer. She notices Marshmallow practicing their "Emo" skill during one of her concerts.

"I'm vanilla flavoured. Try it! Except for one or two spots. But those are the fun spots."

A dark goddess of sex, who was trapped in the shrine seen on the forest dates, until Marshmallow accidentally paraglides into it and releases her.

I can definitely guess your alignment. It's Lawful Sexy!

A sorceress-warrior from another dimension, who is transported to Marshmallow's after they start learning magic.

Do you find me physically desirable? I have no experience with such social interactions.

A giant robot pilot who emerges from the growing interdimensional rift that had summoned Luna.

Come my Gorgeous! Let us do Sexy Yoga to free your mind and limber your body.

A master of sexy arts, who has a sordid past involving Pamu. Identifies Marshmallow as the "Sexy Chosen One" that needs to maximize their love skills to seal the interdimensional rift before it causes the Sex-pocalypse.

You must find beauty everywhere. In yourself. In the world around you. Even in your crazy ex-girlfriends.

Aww man, the evil girl falling for the hapless hero is SO CLICHE! I hate this game! Hahaha!

A manifestation of the interdimensional portal that, unless sufficiently wooed, will doom the world.

I like the dating! It's all ceremonious and nuanced. Like - oh, you're holding my hand! Are we married now?

Q-Piddy in a sexier form, cursed by Pamu for the lulz just when she was about to close the interdimensional rift and stop the Sex-pocalypse.

Bonnibel's younger cousin who accidentally texts Marshmallow trying to get notes for her Physics class when her classmate gives her a fake number. While she acts mostly like a Cute Bookworm during Marshmallow's interactions with her, her NSFW interactions with them make it clear that she is eager for "action".

A fast-food delivery girl that has made frequent trips to Marshmallow's estate.

Marshmallow's high school crush, who they confess their love to and ask to meet under the school's sakura trees for a date. Initially introduced as one of the girls, she is then immediately CRUSHED (stabbed) by Ayano, who Marshmallow runs into thinking that Generica has rejected them.

She suddenly sends a series of strange texts to Marshmallow after her death, leaving them confused until she reveals her identity and the fact that she is a ghost. Her messages come off as creepy and desperate as having a sexual fantasy with Marshmallow is her Unfinished Business, and they agree to help her carry out this fantasy so that her spirit can be at peace.

A barista contacting Marshmallow over a promotional gift card. 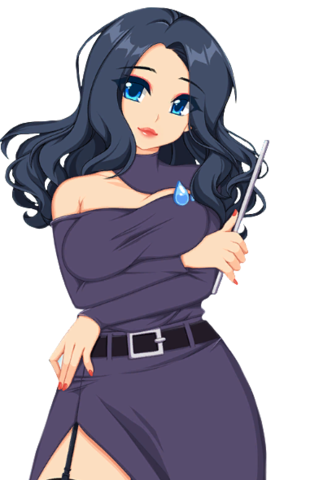 A weather girl campaigning to win a pageant consisting of other weather girls, including one that looks like a pirate. 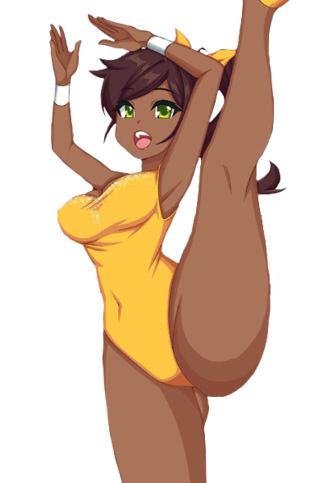 A gymnast who saw Marshmallow training, and wants to know their workout routine.

A secluded hacker that challenges Marshmallow to match her skills, with the cost of failure being to misuse all of their personal information. 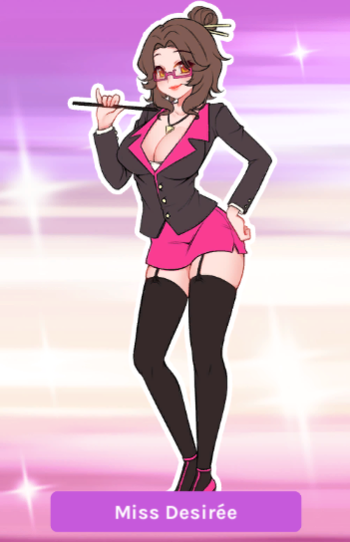 The head of S.T.F.U(niversity). Peanut gave her Marshmallow's number as a reference in her application.

A spunky girl from decades past, warped to the present on a forced journey of self-discovery.

The captain of a local volleyball team, who contacts Marshmallow mainly because of a prank by Pamu.

A quirky artist who's worried about being in a slump, contacting Marshmallow at random to get an outsider's perspective on the nature of the creative process.

A maid that texts Marshmallow for permission to deal with some stains in a non-regulated way.

A skater girl who lost her best friend/first love some time ago.

A nurse from the Centre for Learning Intimate Technologies, texting everyone as part of a health & safety campaign. 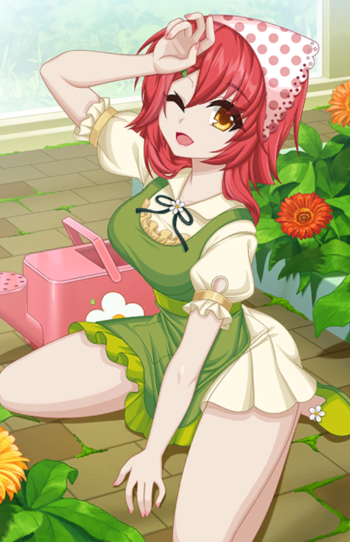 "Now, doesn't that just look like someone having the time of their life? Hahaha!"
Bonnibel's younger sister, who texts Marshmallow by accident while borrowing her sister's phone.

A shy girl that claims to have spent time with Marshmallow when they were both very young.

Francine
A good-hearted French spy. Having data that Marshmallow has displayed acts of heroism, she plays the role of one of their lovers to throw off hackers will ill intent, while actually using them as a liaison to her superiors. Actually, while she is a spy, she isn't being tailed. She just wanted to flirt with Marshmallow after reading their file.

Mur
An anime-loving, aspiring artist in the same classes as Lake. Having trouble creating a generic-looking lead for her work-in-progress harem manga, she learns about Marshmallow from Lake and seeks to draw them, preferably nude.

Amelia
A caretaker at "Sad Panda / Happy Panda", a charity organization that takes care of red pandas (and not a game development company). She calls to ask if Marshmallow would like to make a donation.

Dr. Fumi
An alternate-timeline version of Fumi, who is calling to make sure people are using common sense during the 2020 Coronavirus emergency, and rewarding the sensible with a saucy picture of herself. Expresses no interest in potentially making out with another Fumi.

You can hold my hand if you want to. I do not grasp the implications of such a gesture, but I'm willing to discover them.

An alien-gem-girl that's summoned in a ritual that involves throwing a LOT of diamonds into a lake.

(She watches you wistfully, copying your actions. Then she copies your face and it gets awkward)
A slime girl that Prof. Wood introduces to Marshmallow when the latter decides to be a Monster Girl Master.

A robot Cat Girl, and the second monster girl that Prof. Wood introduces.

A gothic girl who is fascinated by morbidity, including her own potential death.

An anthropomorphic rice cooker from Japan, who Marshmallow purchases.

A ninja-in-training who ends up becoming Marshmallow's apprentice after her Sensei's death. 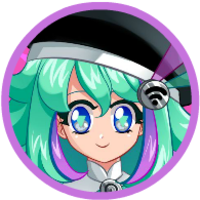 A phone's voice assistant turned into a real(-ish) girl. 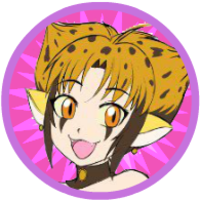 A superheroine known for her cheetah-like speed. 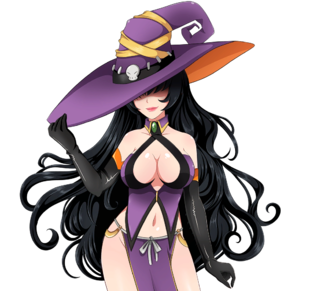 The headmaster of Snogwarts Magic School, which Marshmallow is able to attend due to their own magic studies. 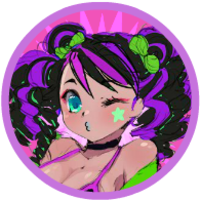 A girl that loves to groove, who befriends Marshmallow at a party.

A firefighting dog-human that crushes expectations by saving Marshmallow (from a scenario identical to one in which a dog was the victim) and then immediately falling in love. 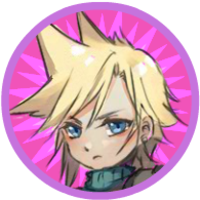 A mysterious, brooding woman of action that shows up when Marshmallow is briefly threatened by someone named "Superioroth".

A kind and generous woman, who refuses to love again after the tragic deaths of all her previous lovers.