This page is only for characters original to Cross Edge. If you're looking for a non-original character, refer to the character sheet of their respective series/game.

The protagonist of the game. Apparently the son of a jujitsu master, York became bored with this "outdated" style of fighting and took up gunplay. Very protective of his childhood friend Miko, who is the only person York isn't a Jerkass to.

York's childhood friend and classmate, who has lived with his family since her parents died. Often the voice of reason to York, and the only person who can keep him in line. Like York, she retains her memories when transported to the soul world. 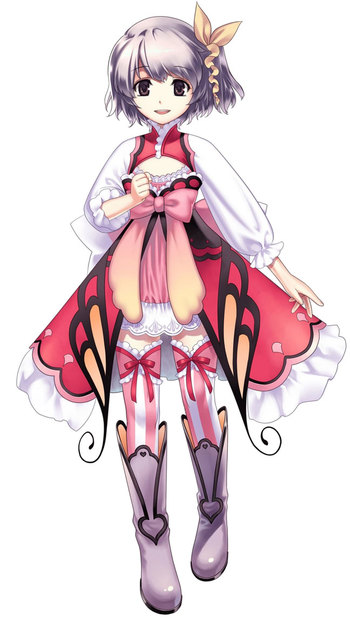 A mysterious girl who appeared before York and Miko, requesting their assistance in releasing trapped Souls. She's surprisingly mature for her age. In truth, she is the personification of Miko's powers as a Bright Baku. 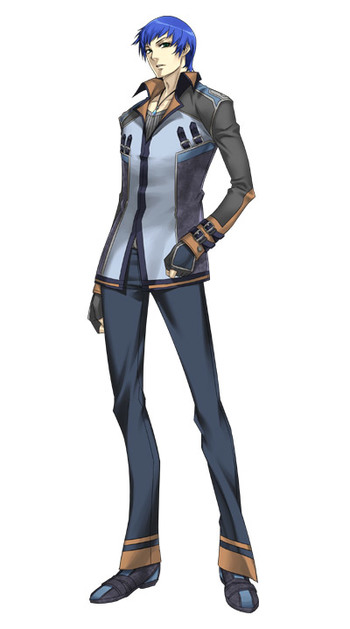 York's best friend and rival. Like York, Troy is the son of a reknowned martial artist, in his case kenjutsu. His personality being the opposite of York's, the two clashed often. Troy was with York and Miko before they were transported to the soul-world, and was also transported there. However, unlike his friends, Troy lost his memories, and wound up as one of the Twelve Knights.

Eldest and only boy of the triplets, as well as the only one of them who can hear the voice of the "Empyreal One". As such, he is often seen as the one commanding the Twelve Knights. Despite his obvious power and connection to what can be viewed as a dark god, Vivi is a very nice (and somewhat scaredy-) boy.

The middle child of the triplets and often mediator between Vivi and Mimi, she acts as Vivi's interpreter, though she can be a bit mean to him as well.

The youngest of the triplets, Mimi could very well be the poster-child of Spoiled Brat, given her attitude towards everyone working beneath her, even harassing her older brother from time to time.

The Gunslinger of the Twelve Knights, Lazarus has a rather laid-back persona, which often puts him at odds with his co-workers, even surprising the main group. Following a one-on-one duel with York, he joins the team later on. He's later shown to have a perverted streak a mile wide, which ends with him joining Prinny in attempting to peek in on the girls during the Hot Springs events (and getting beaten up). 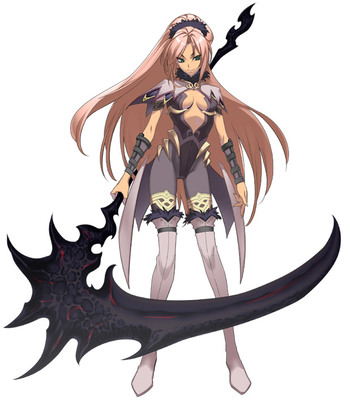 The sole woman of the Twelve Knights, Anesha loves bloody battles, even having gotten the nickname of 'Goddess of Carnage'. It's somewhat obvious she's developed feelings for Troy, though he doesn't seem to notice.

Don't let his gray hair deceive you, Raizen is an accomplished swordsman. Among the Twelve Knights, he's the calm, rational person of the group. Meu actually mistakes him for her own grandfather.

If a group has to have at least one pyscho on its team, Augustine fits the bill, his own battle stance showing him wobbling around all over the place. He's got a loud, arrogant persona, which usually leads to everyone chewing him out. 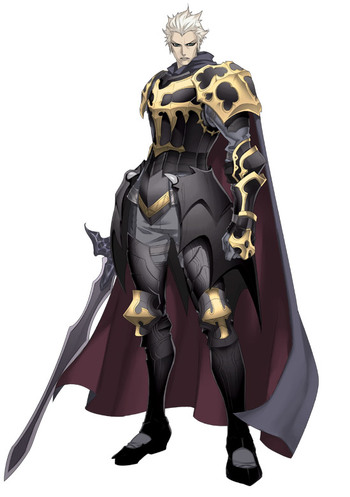 The leader of the Twelve Knights, he's the one taking commands from the triplets and relaying them to the others. Among the triplets, though, he's considerably close to Vivi, acting as a surrogate father or big brother to him.