Our heroes, a group of adventurers who travel the land in search of riches, knowledge, and general do-goodery. So, you know, the usual for D&D. All played by well-known figures in the world of English-language voice acting.

In General
Tropes involving some, but not all members of Vox Machina
Grog 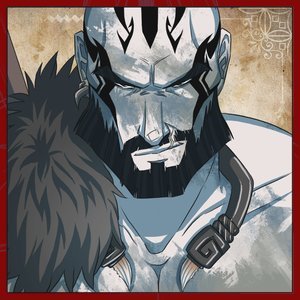 Grog is a brawny goliath Barbarian with a heart of partially gold and partially smashing things. He was beaten and exiled from his nomad tribe after intervening to save the life of Pike's grandfather, and has been best friends with Pike ever since she helped nurse him back to health. Grog is not very intelligent but is by far the strongest (melee) fighter in the group.

Keyleth of the Air Ashari 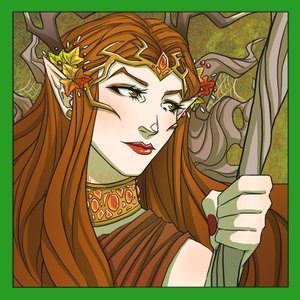 "I think faith and trust are not mutually exclusive."

An introverted and awkward half-elf druid of the Air Ashari, one of the four elemental druid tribes that safeguard the barriers between the Material and Elemental planes of existence. Due to her talents in the druidic arts, Keyleth has been (unwillingly) nominated to undergo the Aramenté, a grand pilgrimage to the four Ashari tribes that will eventually crown her as the new Headmaster of the Air Ashari. Keyleth is earnest and perseverant but struggles to control her self-doubt. 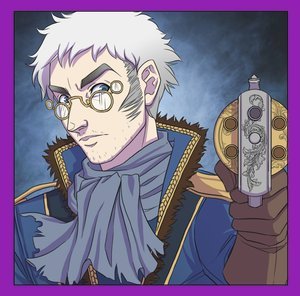 "Your secret is safe with my indifference."

Percy is a human gunsmith and tinkerer with a noble upbringing. He was forced to flee his hometown after his family were slaughtered in a coup, barely escaping captivity and torture. He continued to stay undercover until he was visited one night by a dark spirit of vengeance who inspired the creation of his first firearm and a resolve to take revenge on those who had wronged him. As a classically-trained intellectual, Percy is mostly disillusioned with the noble lifestyle but knows exactly how to exploit it to achieve his ends. 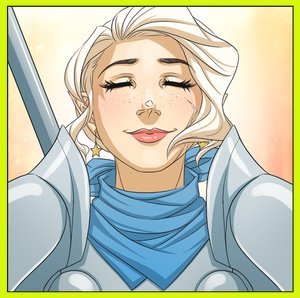 "I don’t think any of us can fully understand. If we did then we would be gods."

A pious gnome cleric of Sarenrae (a minor goddess of Healing and the Sun). Pike comes from a long line of tricksters and brigands, but was gifted a different destiny when she was whisked away as a child by her grandfather after he received a divine vision of her future. She works hard to rehabilitate her family name and is often regarded as The Heart of Vox Machina, though occasionally indulges in her own vices. She is best friends with Grog, who saved her grandfather's life. 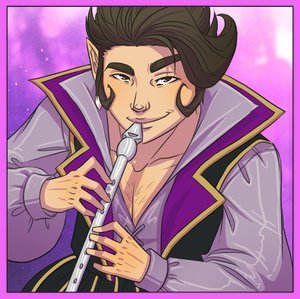 "You will leave when Burt Reynolds tells you to leave!"

Scanlan is a gnome bard who considers himself more of a lover than a fighter. Raised by a single mother until she was killed in a sudden goblin attack, Scanlan trained as a musician and scoundrel under a travelling troupe led by the charismatic Dr. Dranzel. Having left his share of broken hearts in his past, Scanlan is trying to turn over a new leaf and prove himself as the kind of gnome worthy of someone else's love. 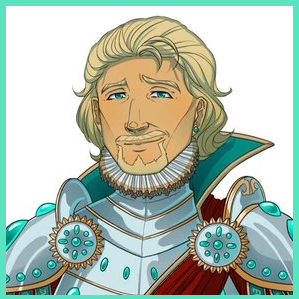 Race: Human
Class: Artificer (Alchemist/Battlesmith)note Used the original Unearthed Arcana class during Campaign 1; subsequent appearances moved him over to the finalised version of the Artificer introduced in late 2019, and changed his archetype to Battlesmith

A pompous nobleman and writer. Aspiring to become a famous adventurer, he travels the lands of Exandria alongside his personal golem and scrivener Doty with the goal of eventually publishing a grand book of his exploits. He initially meets Vox Machina in Ank'harel, where he was looking to hire an experienced group of adventurers as his (new) travelling party.

Race: Construct
Class: Mechanical Servant/Steel Defender note Used the original Unearthed Arcana class during Campaign 1; subsequent appearances moved Tary over to the finalised version of the Artificer introduced in late 2019, and changed his archetype to Battlesmith

Tary's robotic companion who chronicles all of his adventures. 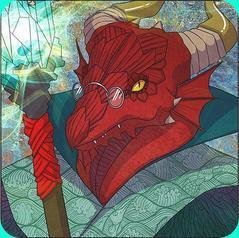 "No one threatens a goddamn Stormwind!"

Tiberius is a red dragonborn sorceror from the far-off land of Draconia. A prodigy of the magical arts and son of a powerful Draconian noble house, Tiberius has become obsessed with a collection of tomes detailing a number of powerful magical artifacts and has set off on a journey to investigate their veracity. While extremely intelligent, Tiberius can prove to be a bit scatterbrained. 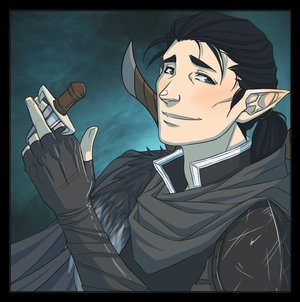 A serious and focused half-elf rogue with a weak spot for practical jokes. He is the twin brother of Vex'ahlia, with whom he shares an almost inseparable bond. After cutting all ties with his elven homeland, which discriminated against himself and Vex for their human heritage, he took to the streets and trained as a thief and assassin. 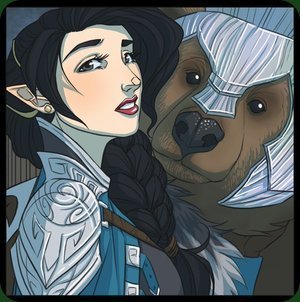 "We don't do anything with dignity."

A skilled half-elven ranger and archer with a particular love of money. She is the twin sister of Vax'ildan, with whom she shares an almost inseparable bond. Along with him, she cut ties with their elven homeland after they were discriminated against for their human heritage. She went on to train as a Ranger within the wilds, befriending a bear named Trinket as her animal companion.