All spoilers pertaining to this character's true identity and backstory have been left unmarked. You have been warned. 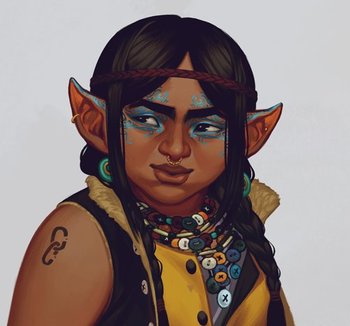 "Everyone back up! We're gonna Fluffernutter this bitch!"
Click here 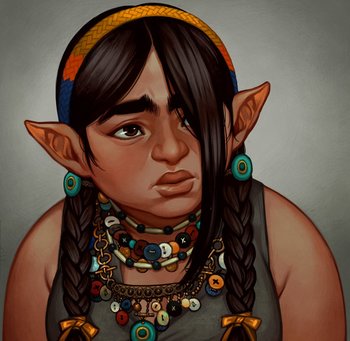 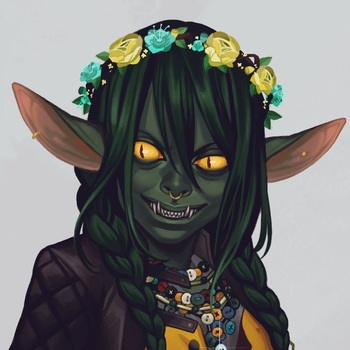 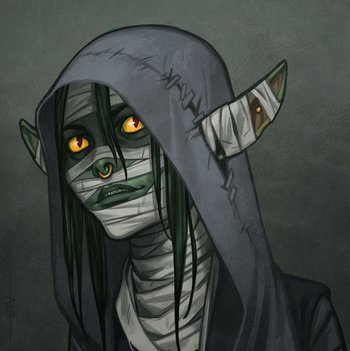 to see Veth as Nott before Level 10.

A halfling rogue with kleptomaniacal tendencies and an alcohol addiction. Formerly transformed into a goblin, during which period she disguised herself with a half mask made of a porcelain doll's face. Caleb's travelling companion. She is incredibly bad at lying.