Your in-progress guide to the heroes and villains of Crimestrikers.

The founding team members who appear in the Pilot Episode, "It All Began on Doomsday". 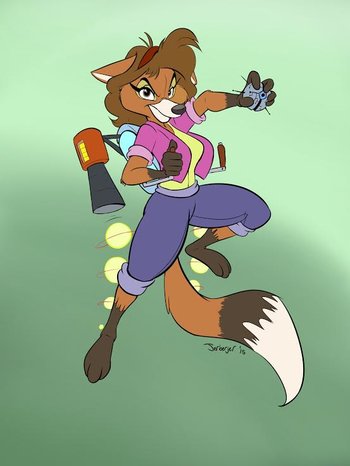 The creator and leader of the Crimestrikers, Diana is a red fox who organized the team in response to the mass escape from the Quarry. 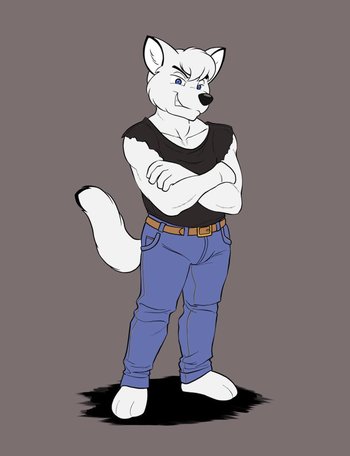 An arctic fox from rural Norden, Hendrik became a big city cop by accident — a decision that wound up propelling him into the Crimestrikers. 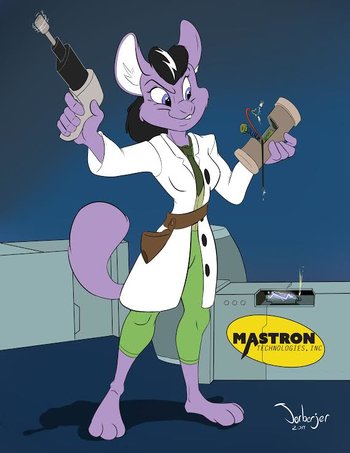 A brilliant, lovably eccentric chinchilla who creates much of the Crimestrikers' futuristic equipment and vehicles. 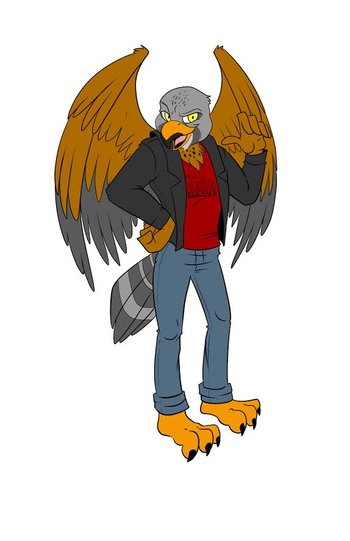 The Crimestrikers' skyfighting specialist, this bold, brash bird grew up in a poor neighborhood of Tamessa, the Creaturian equivalent of London.

This young Hydreran is not only the Crimestrikers' underwater specialist, but strives to be a role model for peaceful relations between her people and the surface world.

These are most of the Sixth Rangers who joined the team after it had been established. 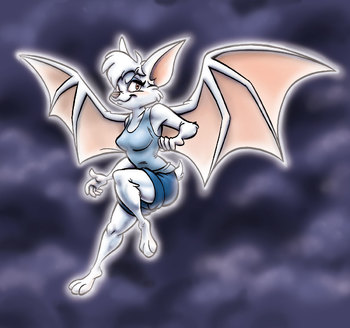 A white-furred bat who works primarily at night, when her skills are most useful. She also helped form the subteam Operation Overnight. 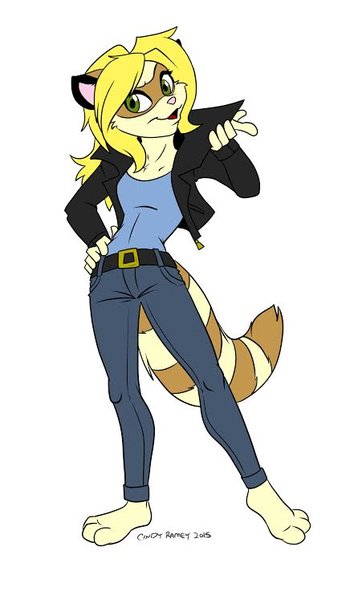 The Crimestrikers' vehicular expert, a blond raccoon who can drive and repair anything on wheels — including her own creation, an enclosed motorcycle-like speed machine called the Rapid Pulse.

An autistic mouse who serves as the Crimestrikers' communications expert and all-around techie. 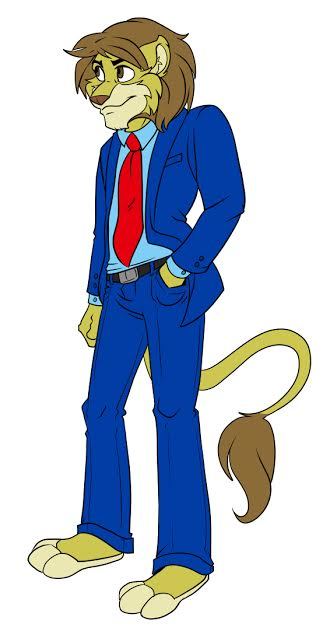 A middle-aged lion who's an experienced cop and forensic scientist, Ade is something of a mentor to his younger colleagues. 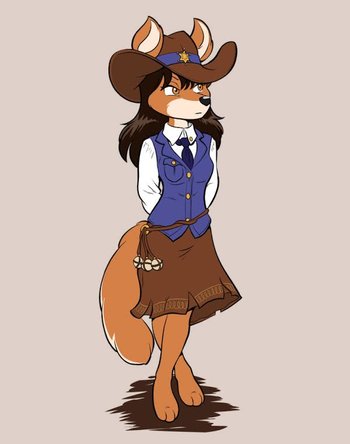 Last of the Frontier Era Crimefighters

A crimefighting coyote from Freeland's Frontier Era (the Creaturian equivalent to The Wild West), Audrey was accidentally transported to The Present Day, where she soon joined the Crimestrikers. 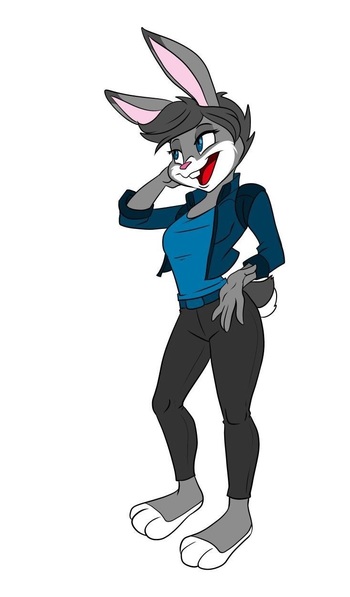 Clever Crook with a Conscience

A rabbit who started out as a burglar, Con Artist and industrial spy until an encounter with the Crimestrikers caused her to rethink her life — and ultimately join the team. 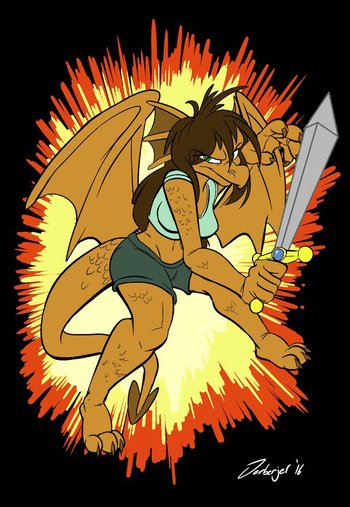 A dragon who Roderick Norco cobbles together from the DNA of the original Creaturian dragons, who were hunted to extinction a thousand years ago. She rebels against her evil creator and chooses to become a Crimestriker.

The Forces of Outrage 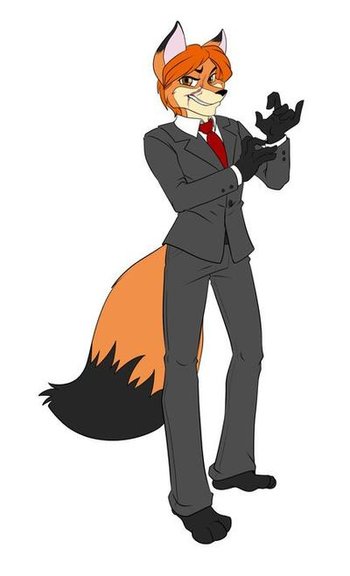 The major villain of Crimestrikers, this red fox is the only surviving child of Outrage's former leader, Alvar Coffin. He was in the process of revitalizing the international crime syndicate until he met his match in Diana, who sent him to the Quarry, but this turned out to be just a temporary setback. Now he's returned with a goal so audacious and world-changing that only his closest associates know the truth... 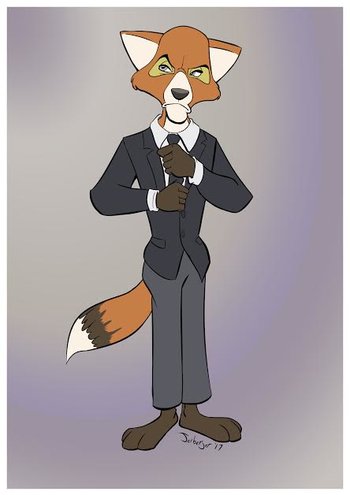 Diana's father is a red fox who was simultaneously the CEO of Mastron Technologies and a secret partner in Vance Coffin's criminal schemes. However, when Diana discovered that he'd murdered his wife Vanessa while Vance murdered Blaine Turney, she put them both in the Quarry. After the Great Escape, Vance made Walter second in command of Outrage. 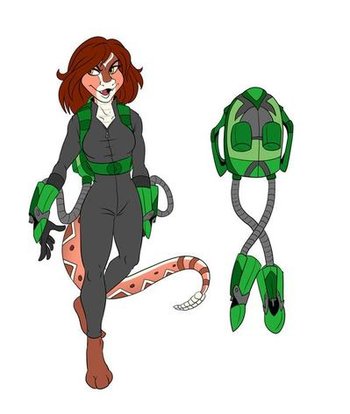 One of Outrage's technical geniuses, a rattlesnake who specializes in creating deadly weapons to use against the Crimestrikers. 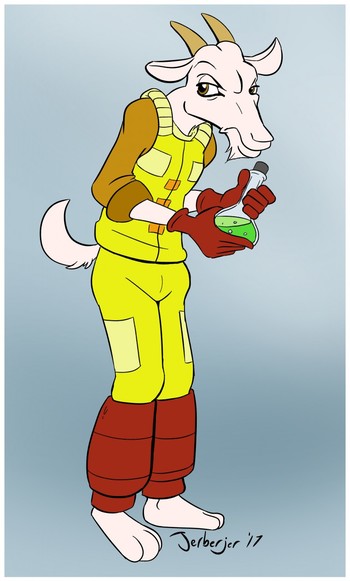 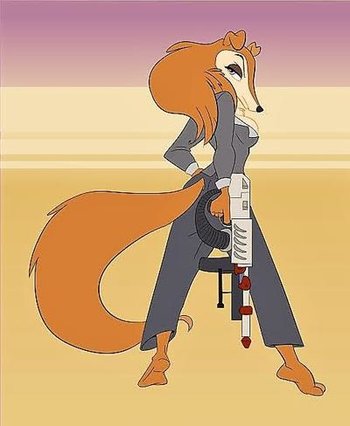 A rough collie who had a really rough childhood, Kali (born Moira Kennon) grew up with an abusive criminal mother whom she was forced to kill. She became the "Crime Queen of Creaturia" before winding up in the Quarry, where Vance Coffin invited her to join Outrage and she joined in the great escape.

Villains fought by the Crimestrikers that have little to no affliation with Outrage.

Warlord of the Seas

Formerly a Hydreran politician named Keldem, who took bribes from a crime boss named Marota, until Marota betrayed him and he found himself on the receiving end of an attack from PARCH, an anti-Hydreran terrorist movement that disfigured and nearly killed him. Feeling betrayed by the broken government he served, he faked his death and assumed the identity of Rasavanto to reenter politics and briefly became Hydrera's prime minister, then sought to conquer all of Creaturia to prove Hydrerans the superior species. He was defeated and imprisoned in The Quarry, only to later escape in the massive prison break out, swearing that he will try again to seize Creaturia for all Hydrerans.