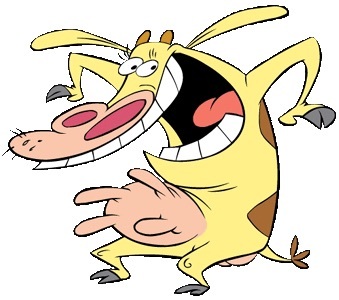 "Fairy princess!"
Click here to see her as Supercow 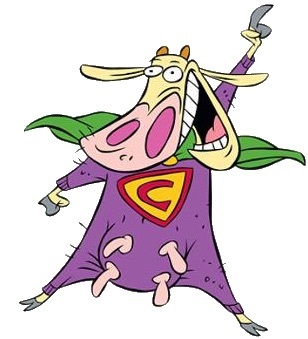 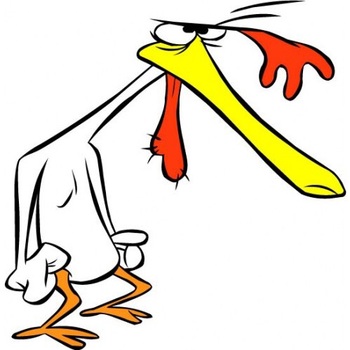 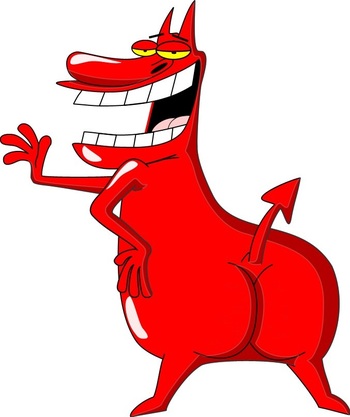 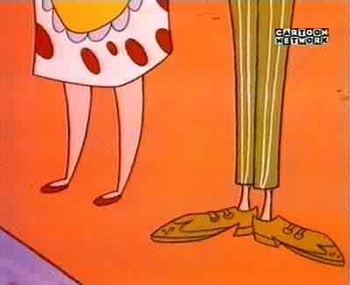 Mom: "It's times like these that make me proud to be a woman!" Dad: "Me, too!"
Voiced by: Candi Milo and Dee Bradley Baker (English), Aya Yamakawa and Masayuki Nakata (Japanese), Liza Willert and Genaro Vásquez (Latin American Spanish), Dany Laurent and Cedric Dumont (French)
Flem and Earl 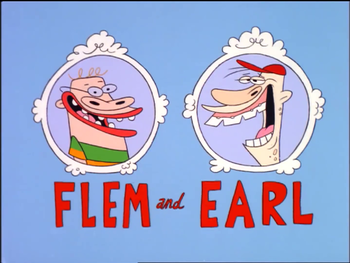 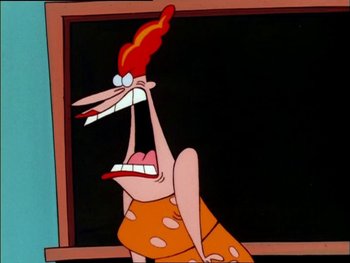 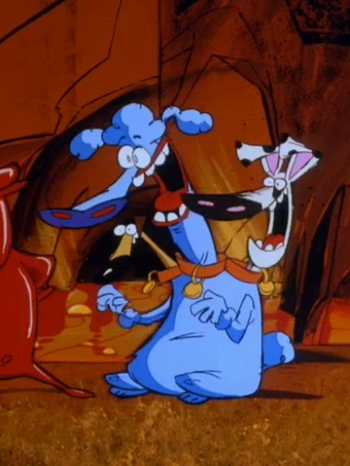 "[Mr. Devil], you hate goodness! You only like cute and fluffy things! Oops! Uhhh... no! Evil things! GAHHHHHHHHHH!"
Cousin Sow 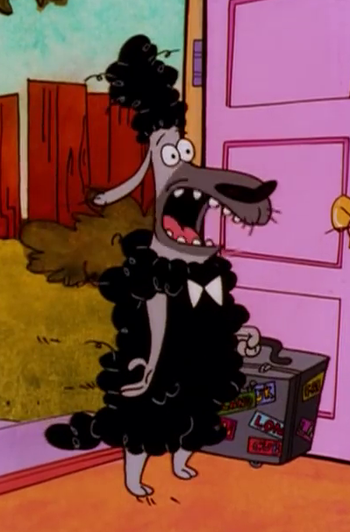 "Hello! I'm your long-lost Cousin Black Sheep who's come to stay with you!"
Flem's Dad 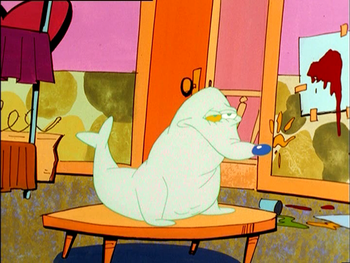