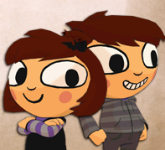 Twins and main characters. The player chooses which of the two they want to play (the only real difference being the gender), and the other is kidnapped by the monsters, leading to the game events. Voiced by Sloane Letourneau (Reynold) and Gabriella Graves (Wren) in the animated series.

The first friend the player sibling makes in the adventure. Voiced by Issac Ryan Brown in the animated series. 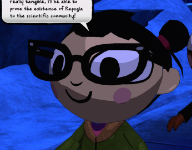 The second friend the player sibling makes in the adventure. Voiced by Allie Urrutia in the animated series.

A strange man who helps the heroes. Dorsilla's brother.

A wicked witch who leads the candy theft.

The leader of Repugia, the monsters' dimension. He wants to devour every candy in the universe. 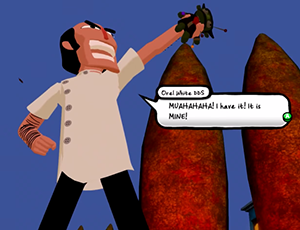 The main antagonist of Costume Quest 2. A dentist who wants to eradicate halloween and candy from the timeline to create a dental hygiene utopia.