Warning!! Due to the nature of this series, there will be a lot of Death Tropes and spoiler tropes. Including, but not limited to installments such as: Corpse Party PC-98, Blood Covered, Book of Shadows, Blood Drive, its novel, manga, Drama CDs, and Sachiko's Hysteric Birthday. Spoilers will be unmarked, and detailed gruesome notes can be found within this page. You Have Been Warned. 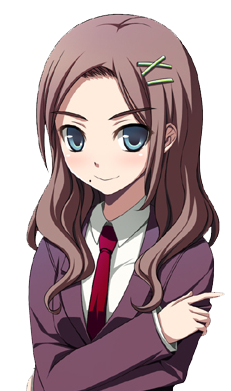 A student at the same high school as Naho who does work in the talent industry. She's good friends with Naho due to them both being involved with the media.

A young man who attended Kisaragi Academy six years ago with Yui. They apparently dated, but never even kissed.

A very old woman who actually dies of old age in the game, but conveniently comes back as a friendly if still majorly creepy ghost. She's Yoshie Shinozaki's aunt and the great-aunt of Sachiko and Sachi Shinozaki. 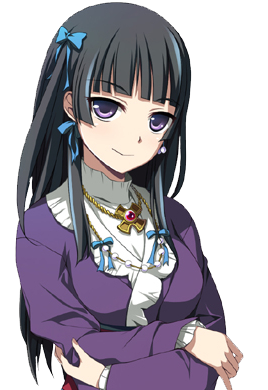 A third year student from Paulownia Academy, with a knack for money and paranormal items, also possessing spiritual powers like Naho. 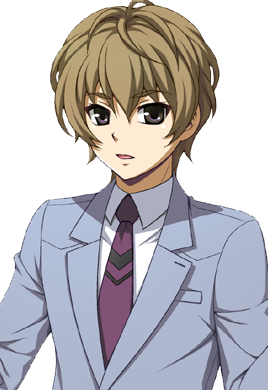 A second year student at Paulownia Academy. He's a childhood friend of Sayaka, and fell in love with her. She harshly rejects him however, which he doesn't seem to mind. 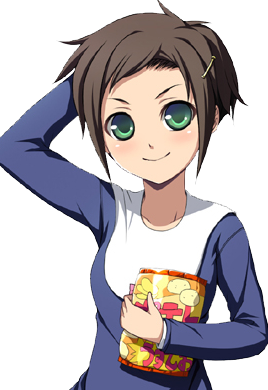 Yuka's classmate at Kisaragi Academy Junior High School and also a Humanoid Abomination created by means of unholy powers. She's very sociable when she's not eating anyone, though.

A former second year student at Sugatani Senior High School and St. Cruz Girls' High School, as well as a high-ranking member of the Tomb of Martuba. She may have a special power that makes people like her and think highly of her.

A former second year student at Sugatani Senior High School and St. Cruz Girls' High School. She's in love with Azusa and very eager to please and keep her. 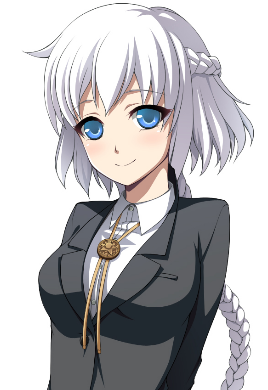 The older sister of Aiko Niwa and a both physically and mentally gifted woman. Too bad it comes at the cost of her life energy, causing her to age rapidly. She's the CEO of Perfect Life and the teacher who replaced Yui Shishido after she was erased.

A mysterious girl from Martuba's Tomb who appears to the cast, and has a mean-spirited, somewhat murderous personality. She has an affinity for dolls and somewhat has the looks of one. It's unclear what her goals are.

The mysterious young man who suddenly appears in front of Ayumi and tells her that she can bring her friends back to life if she retrieves the Book of Shadows.

A first year student at Paulownia Academy. She's an admirer and friend of Sayaka as well as part of her planned-for harem.

A member of the Wicca Institute and a colleague of Hinoe Shinozaki.

As can be gathered from the name, Sachi is related to Sachiko. Specifically she is her vanishing twin, of which upon birth only two teeth remained lodged inside Sachiko near her heart. The teeth were surgically removed, and Sachi has been a ghost ever since.

CORPSE-PARTY ZERO introducees
CORPSE-PARTY ZERO (and its two remakes that only exist as demos) is a fan game set as a prequel to the original 1996 CORPSE-PARTY. It was released in full shortly after the 2006 Corpse Party remake's first chapter. The creator of Corpse Party liked the game so much that he canonized the two female leads and some of the events of the game. Also canonized are the two male characters that were added to the first remake demo, CORPSE-PARTY ZERO -Rebuilt-. However, Corpse Party itself also added two male schoolmates of the four as corpses, which were then added to the second remake demo, CORPSE-PARTY-0. As such, the Zero depiction of these last two is a fan interpretation (by the people who made the previous Zero games, mind you) rather than Ascended Fanon. Regardless, all six are included here because explaining the situation is difficult enough as it is with all the facts present.

A student of either Kisaragi Academy (ZERO) or Tendo Senior High School (Corpse Party) as well as brains and beauty all in one. Kaori is part of the student council and loves ghost stories.

A student of either Kisaragi Academy (ZERO) or Tendo Senior High School (Corpse Party), Shiho is a longtime classmate of Masayuki. She adores her big sister, but hates ghost stories.

A student of either Kisaragi Academy (ZERO) or Tendo Senior High School (Corpse Party), Hideki is the student council president. He's highly respected at school, a realist, and among the best-graded students.

A student of either Kisaragi Academy (ZERO) or Tendo Senior High School (Corpse Party), Masayuki is a longtime classmate of Shiho. He's a member of the student council despite his immaturity and a good friend of Yuuya.

A student of either Kisaragi Academy (ZERO) or Tendo Senior High School (Corpse Party), Kyosuke is the student council accountant. He's a childhood friend of Yuuya. He tries to make his parents proud with great grades.

A student of either Kisaragi Academy (ZERO) or Tendo Senior High School (Corpse Party), Yuuya is a pseudo-member of the student council due to his friendship with both Masayuki and Kyosuke.

Mayu's mother. She is sad about her daughter having to transfer and resents her workaholic husband for not protesting against his job transfer.

One of Seiko's younger brothers.

Exclusive to Corpse Party: Musume, Miyu was with the First Five listening to Ayumi's horror stories and got sucked into Heavenly Host together with them, though she and Yuka were separated from the group in the process.

Exclusive to Corpse Party: Another Child, Saki is the ghost of a girl that was murdered for being a "demon child". She's a murderous ghost looking for a friend who'd understand her.

Exclusive to Corpse Party: Another Child, Mayuri is part of one of two groups of Satsukiyama Academy students who went to Heavenly Host simultaneously. She has a spiritual powers and a dark past that she tries to deal with whichever way necessary.

Exclusive to Corpse Party: Another Child, Tamaki is part of one of two groups of Satsukiyama Academy students who went to Heavenly Host simultaneously. She has spiritual powers and is bullied, a combination that attracted the attention of Saki Akagiri, a powerful ghost, who wants them to be exclusive friends.

Exclusive to Corpse Party: Another Child, Yuuma is part of one of two groups of Satsukiyama Academy students who went to Heavenly Host simultaneously. He's a childhood friend of Tamaki Minase, whom he has a crush on.

Exclusive to Corpse Party: Another Child, Shinichi is part of one of two groups of Satsukiyama Academy students who went to Heavenly Host simultaneously. He's a good friend of both Yuuma Shindou and Tamaki Minase.

Exclusive to Corpse Party: Another Child, Erina is part of one of two groups of Satsukiyama Academy students who went to Heavenly Host simultaneously. Erina is in love with Yuuma Shindou and because he likes Tamaki Minase, she makes her life hell.

Exclusive to Corpse Party: Another Child, Yuma is part of one of two groups of Satsukiyama Academy students who went to Heavenly Host simultaneously. Coming from an abusive household, Yuma only looks out for herself and the girl who looks out for her: Erina Yuzuki.

Exclusive to Corpse Party: Another Child, Miyako is part of one of two groups of Satsukiyama Academy students who went to Heavenly Host simultaneously. She's a nice person, but that doesn't stop her from being a bully due to her loyalty to Erina Yuzuki.

Exclusive to Corpse Party: Another Child, Minoru is part of one of two groups of Satsukiyama Academy students who went to Heavenly Host simultaneously.

Exclusive to Chapter 4 of Corpse Party: Coupling X Anthology, Eiko is a second year student at St. Catherine Academy High School. She's died in Heavenly Host a while back, but she still enjoys to take pictures with her new spirit powers.