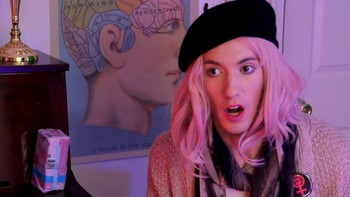 DOST THOU BLEED?
"You'll never know what it's like to squeeze life out of your sacred passage."
— "Incels"

A pink haired radical feminist who spends more time attacking trans women and people with kinks than she does tackling women's issues. She's published several books, including the critically acclaimed You Can Come For Free At Home: The Case Against Prostitution; The Trans Menace: Lesbian Genocide and the Rape of Feminism; and her recent doctoral thesis, titled "Sacred Passage: The Divine Femininity in Flux and Flow". 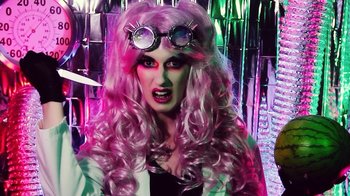 Introduced in "What is Gender?", The Doctor usually shows up to explain complex concepts from a scientific standpoint. Usually. 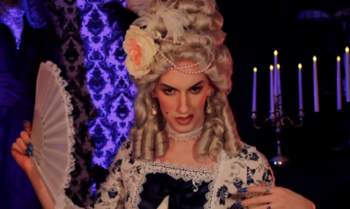 Long Live the Lobster Queen!
"That is not what they were discussing at the Parisian salon..."

An 18th century dandy first appearing in What is Race? Foppington embodies the historic roots of many of the prejudices that exist today, including race and degeneracy. Identifies as a Lord Foppington in her first two videos before transitioning over to Lady Foppington in Jordan Peterson. 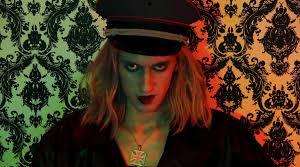 I want to talk to you about the Jewish question.
"Hello, fellow whites, do you have a moment to talk about the need to secure a homeland for our people and a future for white children?"
— "The Left"

A transgender Nazi and overall troll. Despite being blatantly a Nazi, Freya is incredibly effective at promoting Nazi ideas to the masses. 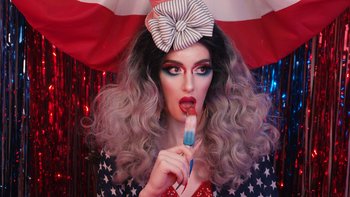 Oh yeah! This is a hot exchange of ideas!
"Should women be allowed to vote? Can black people do science? Is a cabal of Jewish elites colluding with the Trilateral Commission to turn Atlantis gay? I guess we'll never know. The important thing is that we never stop debating."
— "TERFs"

A self proclaimed "Classical Liberal" and host of The Freedom Report – a not-so-subtle parody of The Rubin Report. Although she tries to take the center position in any debate, she often ends up parroting right-wing talking points. 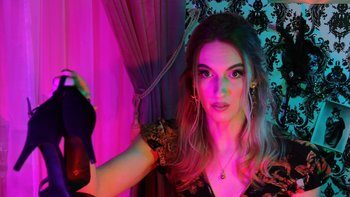 I like stuff.
"I just realized that I actually hate you."
— Tabby to Justine, "The Left"

A left leaning moderate who is friends with Tabby. She often tries to hold back Tabby's more extreme tendencies to little success. She also hangs out with Tiffany Tumbles while constantly bickering with her over politics and gender theory. 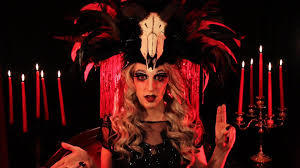 An Elvira-esque horror hostess who is first seen as a presenter for Pronouns. 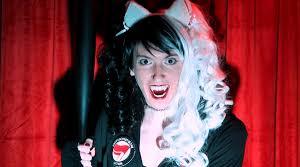 Liberals get the bullet too!
"Cat girls of the world, unite!"
— "Violence"

A far-left communist antifascist Cat Girl. In complete contrast to Freya, Tabby is well-meaning but struggles to connect with the common person, coming across as overly intellectual and militant; either lecturing people on dialectical philosophy or threatening to bash their skulls in with her trademark baseball bat. 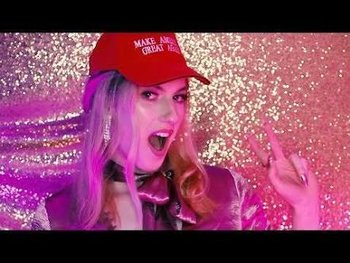 I am not a victim. I am in control.
"Make traps gay again!"
— "Tiffany Tumbles"

A trans YouTuber who does vlogs and makeup tutorials giving lifestyle tips for trans women. Once an intersectional feminist debating TERFs, she's now become an Islamophobic Trump supporter, and thinks appealing to conservatives is the most important goal of trans politics - in order to be seen as "normal". 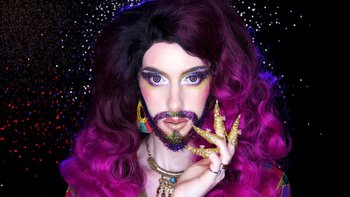 Why does it matter? Why do you have to know?
"If my existence is a statement, I think that says more about society than it says about me."
— "Transtrenders"

A non-binary person who was on The Freedom Report in a debate with Tiffany Tumbles. They have a very loose view of gender and embrace non-conforming identities. 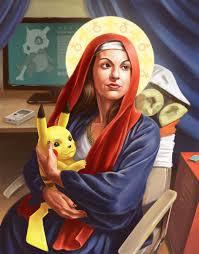 The all powerful, dark figure worshiped by Abigail Cockbane and Contra herself throughout the series. Apparently takes the form of Anita Sarkeesian.