Characters who appear in Conception II: Children of the Seven Stars.

open/close all folders
Wake and the Heroines 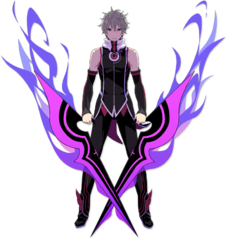 The protagonist of the game, and a young man arriving at the Academy for the first time. He turns out to have an off-the-charts Ether count that reveals him to be none other than The Chosen One. He's generally a laid-back but responsible sort. 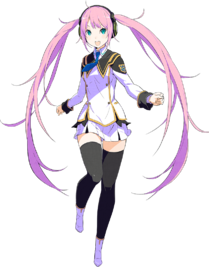 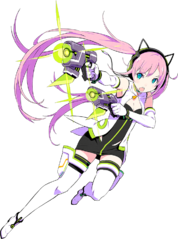 The first Heroine Wake meets after he rescues her and Chlotz from some Dusk Monsters. Generally quite cheerful, although this is actually a mask hiding deep-rooted insecurities about her appearance, skills and moral fibre. Her associated element is Water. 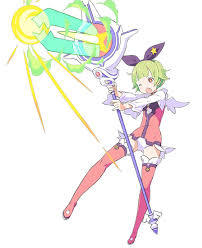 The second Heroine Wake encounters. Cheerful, friendly and helpful, she is one of Wake's most enthusiastic companions. At first she comes off as harmless, but it soon becomes clear there's far more to her than meets the eye — in every sense of the phrase. Her associated element is Fire.

The third heroine Wake meets. Highly intelligent, she is a teacher at the Academy despite only being a year older than Wake. She is very popular with the students, who she cares deeply for. However, certain fellow teachers feel differently about her. She is Chlotz's older sister. Her associated element is Wind. 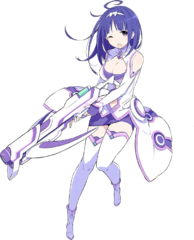 The fourth Heroine Wake meets. She is initially very shy, but begins to overcome this as she bonds with Wake. While typically sweet and gentle, she is also prone to jealousy. Her associated element is Earth. 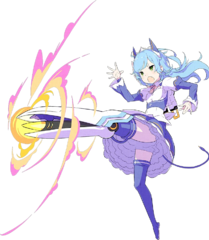 The fifth Heroine to join Wake's team. She appears after the 1st Dusk Circle is cleared. She is very insecure about her height and childish appearance, and is initially hostile towards Wake. However, she begins to reveal new sides of herself as her relationship with him progresses. Her associated elements are Fire and Earth. 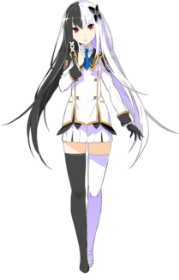 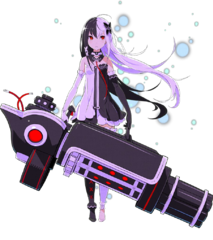 The sixth Heroine to join Wake's team. She joins after clearing the 2nd Dusk Circle. She is very friendly and kind-hearted, but often behaves eccentrically due to being raised in a lab and having very little social experience. Keeping promises is very important to her. Her associated elements are Water and Wind. 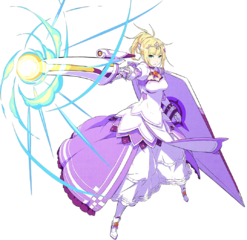 The last Heroine Wake meets. She joins after clearing the 3rd Dusk Circle. Feene has a composed, polite and modest personality. She is grateful to Wake for clearing the Dusk Circle near her hometown, and wishes to repay him, but is also worried about how things are at home without her. Her associated element is Dusk.
Advertisement:
The Star Children

Small, chibi-like constructs willed into being using a combination of Star Energy, a power source prominently produced by female Disciples, and Ether, a conductor of Star Energy only produced by male Disciples, with a special doll-shaped container called a matryoshka; this process is known as Classmating. Although they are childish in appearance and personality, they are capable workers and powerful warriors. Wake must produce them by Classmating with the various Heroines, increasing his Bond with the Heroines to produce stronger Star Children as he does so, so that they can accompany him into the Dusk Circles to fight the monsters within.

The God of Magic, and apparently analogous to captital-G God in the setting. Is responsible for creating Disciples and providing the means to create Star Children. Worshiped as a benevolent deity by the local church.