This page is for characters who appeared in Red Alert 2 and its expansion, Yuri's Revenge. For Tanya and Einstein, see Command & Conquer: Red Alert Series - Factions and Characters. 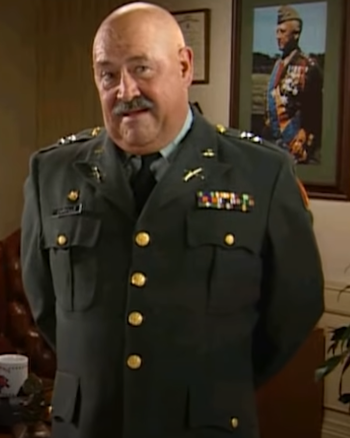 When the Soviet Union invaded the United States, General Carville was the senior officer in command of the military. He was ordered by President Dugan to launch a full retaliatory nuclear strike, but when the Soviets sabotaged their nuclear arsenal, he was forced to deal with the invasion conventionally. With the sole surviving field commander, he ran a campaign to drive the Russians from US soil. 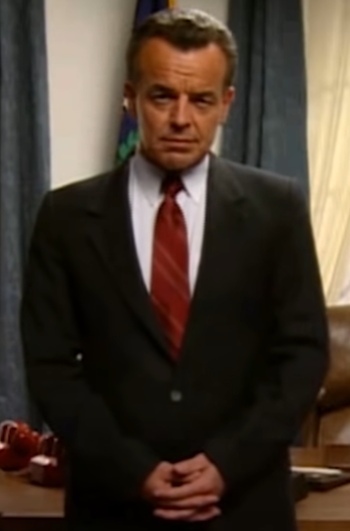 Dugan was the President of the United States when the Soviets invaded. He immediately attempted to persuade Soviet Premier Alexander Romanov to call off the attack. When this failed and left with no other choice, he ordered General Carville to launch a nuclear counterstrike, but this failed due to Yuri's manipulation. He, along with Carville, directed the war and gave orders to their last commander. Naturally, he became a very high priority target, and as such began moving around the country in an effort to elude the Soviets. 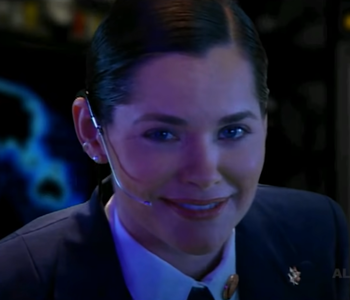 "It looks like Yuri's got the studio filming another dinosaur movie. He's not very creative, is he?"

Eva Lee, commonly referred to as Lt. Eva, is an American intelligence officer when the Soviet Union invaded the United States. She was assigned to the field commander that was tasked with repelling the invasion. Throughout the war, she provided briefings and updated intelligence. 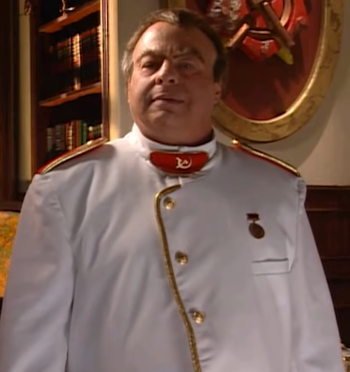 Played by Nicholas Worth

"Listen very carefully. I'm not your pet, Mr. president! We Romanovs have our legacy to consider!"

After the Soviet Union was defeated in the Second World War, the victorious Allies installed Romanov as the premier. They did so based on his reputation as a man of peace who would curb any communist aggressions. They were fooled, however; Romanov held a deep bitterness over Russia's defeat that was matched only by his hatred for the Allies that had wrought it. His deception was to enable him to gain the power he needed to exact his revenge on them. With his position secure, he was able to fake a crisis in Russia's ally Mexico that would necessitate a military build-up. From there, he would begin his master plan. 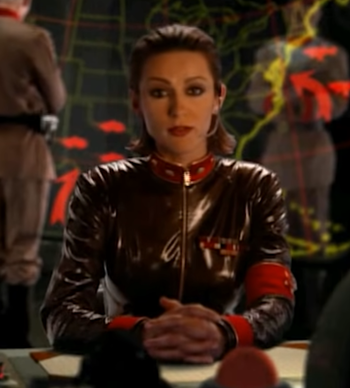 "Winter is cold, yes? But this winter... could be different?"

Zofia is a Soviet intelligence officer when the war with the United States began. She supported her commander throughout his campaign, giving briefings and intelligence. 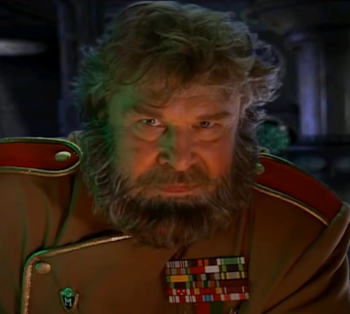 "Now is the time to strike! Glory for the Motherland!"

A senior Soviet officer, Vladimir was given command of the forces invading the United States. He has a brash and boastful personality, and has little patience for officers under his command, particularly when they prove to be better commanders than he is. 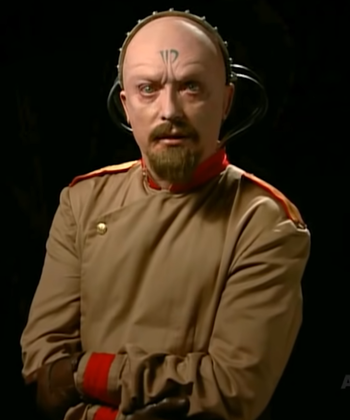 Much of Yuri's past remains unknown. He is of Romanian ancestry and inherited a castle in Transylvania from his family. During the first Soviet-Allied war, he took part in Stalin's secret project, whose aim was to create an army of psychically-gifted soldiers to guarantee victory. However, the war ended with the Soviet Union's defeat and Stalin's death, although this likely did not stop Yuri, who single handedly continued it. It is possible that his implant is the original World War II model initially created by Soviet scientists. Following the war, Yuri joined Premier Romanov, whom he helped in rearming the USSR, developing psychic technology and forming the backbone of the Psychic Corps. Though he is one of Romanovï's top advisors, there are indications he is influencing things more than he should be.

The Soviet hero unit in Yuri's Revenge, and their counterpoint to Tanya.