Argent is a descendant of the H'San Natall and she can construct solid silver energy plasma.
The Atom
AKA: Ray Palmer
Abilities: Able to shrink to microscopic size

Captain Marvel, Jr. is the sidekick to Captain Marvel, receiving incredible powers from the wizard Shazam whenever he speaks his predecessor's name. His alter-ego, Freddy Freeman, is a crippled impoverished orphan who cannot walk. See Captain Marvel character sheet for more info. 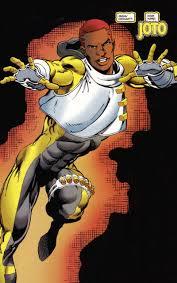 Formerly known as Joto, he is an human-alien hybrid with the ability to sense & generate heat. His physique has drastically altered and he has taken on the name Hot Spot.

AKA: Audrey Spears
Abilities: Made of living crystal, flight, refracts light as a crystal.

Prysm is a half-human half-H'San Natall member of the Teen Titans. Able to capture and reflect light, she later departed to space with fellow Titan Fringe. 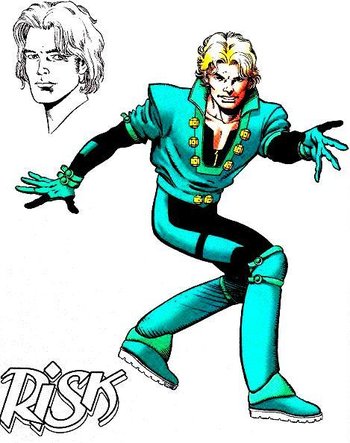 Risk is a human/alien hybrid who received his powers on his 16th birthday.