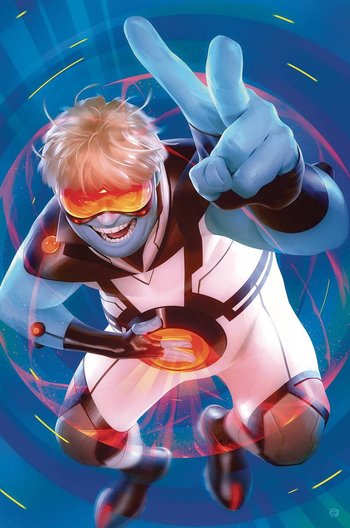 "I'm Billy Wu, the dashing blond in the sick super suit. My teammates call me Roundhouse."

A large, blue, and chubby teen who is recruited into the Teen Titans by Kid Flash. 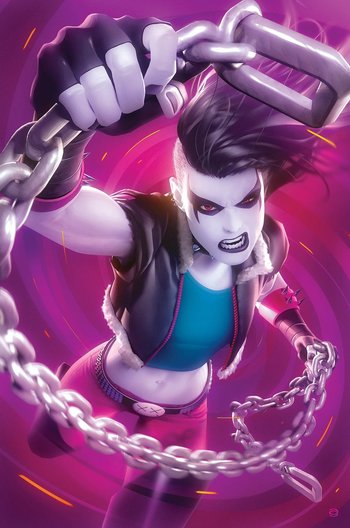 "I go by Crush, 'cuz that's what I do. Sometimes that gets me in trouble. But I like trouble."

The daughter of Lobo. She sets out to be a hero of her own. 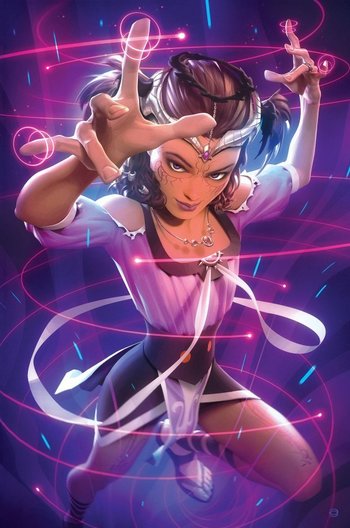 A female genie who has existed for four millennia.