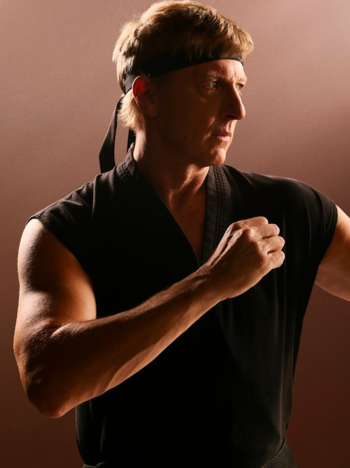 "Cobra Kai will always be badass. But there's a difference between no mercy and no honor."
Played by: William Zabka, Owen D. Stone (1979 flashback)
"I wasn't always the badass sensei that I am today. Just like a cobra, I had to shed my loser skin to find my true power. And you guys will too."

34 years after his defeat against Daniel LaRusso, Johnny's life doesn't seem like it could be worse, but that's all about to change now that he's bringing back Cobra Kai, his beloved dojo.