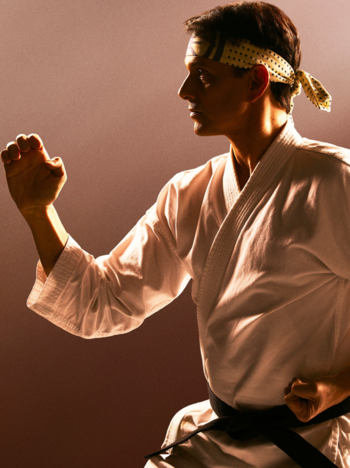 "Balance is my thing!"
Played by: Ralph Macchio
"When I was a kid, you... seemed to always have all the answers. And I guess I thought when I got older, I had it all figured out too. But now, I guess... like I'm clueless."

34 years after his victory against Johnny Lawrence, Daniel's (professional!) life couldn't be better, but the return of his hated rival and the dojo that made him threaten to upset Daniel's balanced life.