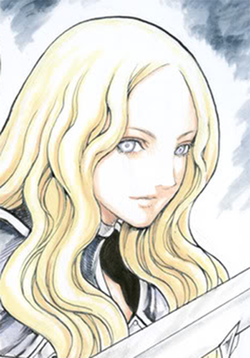 Former Number 1; 77th Generation. She is named Teresa of the Faint Smile as she has no signature technique or personality trait—only her faint smile as she effortlessly slaughtered enemies. She is also regarded as the most powerful character in the story for her unparalleled combat ability, Yoki perception, and Yoki reserve, and was a mother figure to Clare before her untimely death.
Voiced by: Romi Paku (JP), Christine Auten (EN) 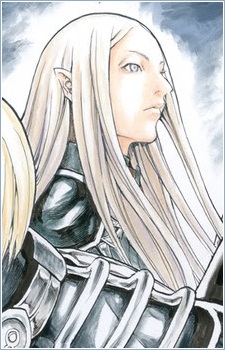 Former Number 2. note until Priscilla showed up. She is known as "Quicksword Ilena" for her power to fully awaken her sword-arm, yet control it in making near-unpredictable attacks. She, along with Sophia, Noel, and Priscilla, were assigned to an execution team led by Priscilla, an event that lost her left arm and made her go into hiding. Years later, Ilena saves Clare from an awakened Ophelia and tries to teach her the Quicksword.
Voiced by: Minami Takayama (JP), Wendy Powell (EN)
Rosemary 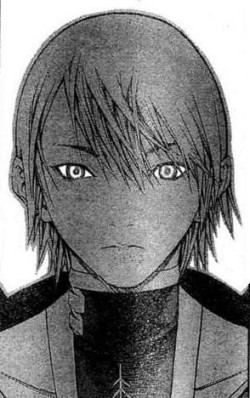 Former Number 2. Was Number 1 before Teresa was ranked.
Noel 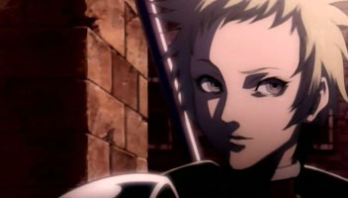 Former Number 5. Was Number 4 Before Priscilla was ranked. She was known as "Stormwind" for her exceptional agility. She is sent with Priscilla, Ilena, and Sophia to execute Teresa, but is killed by an awakened Priscilla.
Voiced by: Junko Takeuchi (JP), Leah Clark (EN)
Sophia 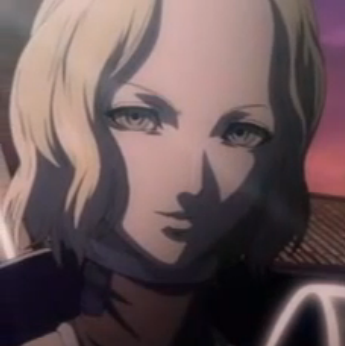 Former Number 4. Was Number 3 Before Priscilla was ranked. She was known as "Muscular" Sophia for her immense physical strength. She, along with Ilena, Sophia, and Priscilla, were sent on a team to execute Teresa but is killed by an awakened Priscilla.
Voiced by: Megumi Toyoguchi (JP), Trina Nishimura (EN) 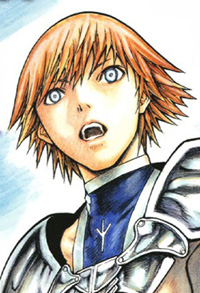 Number 47. Post time-skip, she has taken Clare's position. She is an incomplete Claymore, retaining her hair color as a result. She becomes Miata's caretaker and maternal figure.
Miata 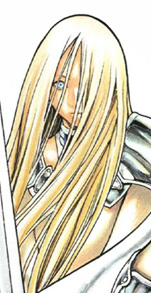 Current Number 4 in the Organization and makes the previous Number 4 Ophelia look positively sane. Clarice is the only one who can get her to do anything and only because Miata has latched onto her as a mother figure, including mock breastfeeding - which Clarice has threatened to withhold as punishment. 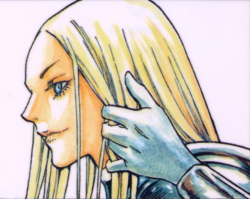 Number 3. Having a polite demeanor, she uses her sword to deflect her opponent's attack without opposing it with force, a technique Riful calls "Gentle Sword".
Rachel 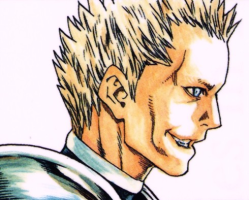 Number 5. Unlike Audrey, Rachel is hot-tempered and confrontational. She stores force in her sword blade, which she releases like a leaf spring, a technique Riful calls "Strong Sword." 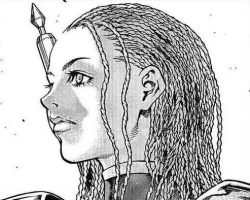 Number 6. She is the "Eye" of the Organization.
Anastasia 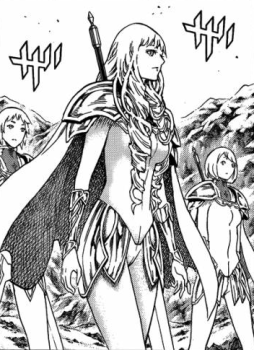 Number 7. She is known as "Winged Anastasia" for her ability to float in the air by using strands of her hair.
Dietrich 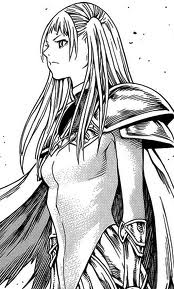 Number 8. Cunning, she tracks follows Helen and Deneve as they travel west.
Raftela 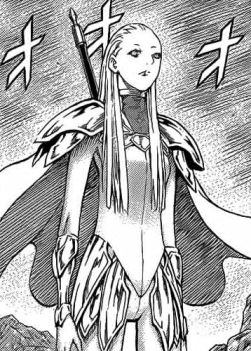 Number 10. note She has always been #10, but listed here since she makes her first appearance after the Northern Campaign Arc. She is the Organization's "Trump Card", trained to police other Claymores who endanger the Organization.
Nike 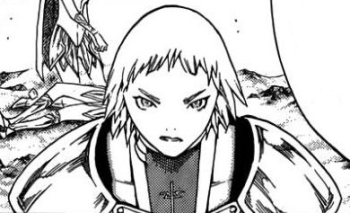 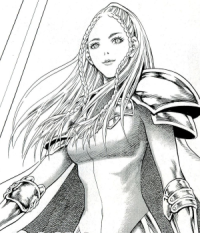 Number 1. She was known as "Hysteria the Elegant" for the fluidity and swiftness of her fighting style and special technique. She was deceased, then resurrected by Dae.
Cassandra 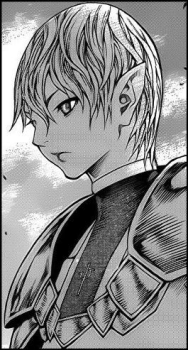 Number 1. She was a self-concscious yet powerful warrior, due to the ugliness of her signature technique, for which Roxanne gave her the nickname "Cassandra the Dust Eater". She was deceased, then resurrected by Dae.
Roxanne 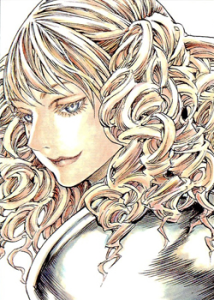 Number 1. She had great talent at synchronizing Yoki, which allowed her to copy other Claymores' signature techniques. Because of her relationships with fellow warriors and troublesome behavior she was known as "Roxanne of Love and Hate". She was deceased, then resurrected by Dae.
Elizabeth 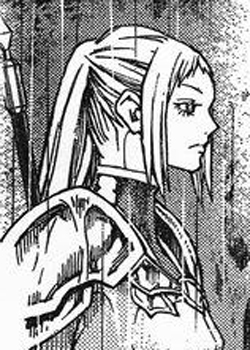 Number 5. Deceased. She was known for her "Beautiful" sword technique, which was later copied by Roxanne.
Nadeen 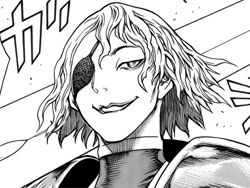 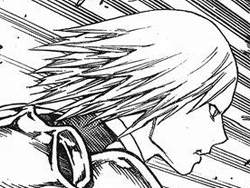 Once the Organization repelled Isley's invasion they collected the corpses of the Awakened Beings and used their pieces to generate a new type of Warrior. These warriors were tortured until they had no sense of self and conditioned to only eat the flesh of their targets. Their eyes and mouths were sewn shut so they could only rely on scent to find their prey and since their yoki was supressed, they can't sense it but also can't be sensed through it. The Abyss Feeders are the result of this experiment, a type of warrior who will relentlessly hunt their target once put on the field and is easely disposable.