Kaos / Chaos / Arche
A formless void that preceded the universe. Translates from Greek as emptiness, vast void, chasm, or abyss. In Classical Mythology, all things came into existence from Kaos. It is among the oldest of the Protogenoi, probably the oldest. It is not clear whether it is alive or not. Arche, the other term used to name this being if it is a being, translates roughly as: beginning, origin, first cause/power, sovereignty, domination, ultimate underlying substance, and ultimate indemonstrable principle. Thus, Kaos is the Arche in Classical Mythology.
Advertisement:

The Gods of Destiny

Protogenos / Phanes / Protogonos
Literally designated as the first born (implying that earlier beings like Kaos, Chronos and Ananke were not born) and the personification of concepts.
Thesis
Personification of Creation and female creation counterpart to Protogenos in some accounts. Born at the same time as Hydros. Not to be confused with Thetis, a Nymph who is the mother of Achilles by Peleus.
Nyx / Nox 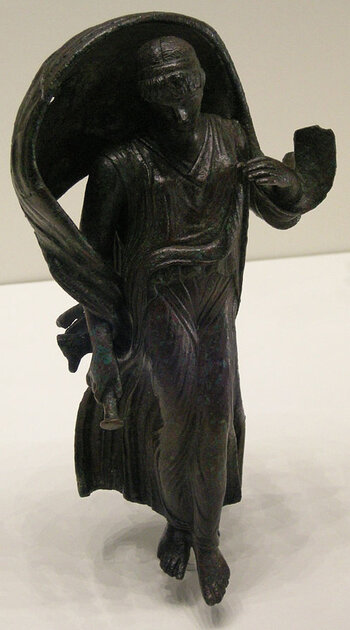 The personification of Night and daughter of Kaos. In certain texts anf poems, Nyx, rather than Chaos, is the first protogeneia from which creation comes; however those surviving texts are often lacking in context and considered incomplete accounts.
Erebos / Erebus
The personification of darkness, son of Kaos, and brother-husband of Nyx.
Advertisement:
Eros / Cupid 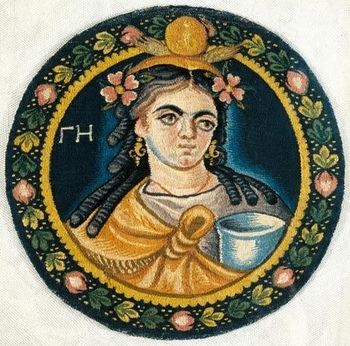 The personification of earth. Her Roman name is Terra Mater/Tellus (the first literally means "Mother Earth"). Nowadays, as you might have guessed, she is very much worshipped by NeoPagans, being thus perhaps the most well known and loved of all pagan goddesses, being the mother of humanity, gods and the universe alike.
Tartarus
The personification of the underworld, or that special part of it where the dead suffer. This makes him different from other underworld gods in mythology, as their underworld takes on their name, in the form of ruler's domain; a common mistake complicated by the fear of speaking the name of death-related deities. He is located below Gaea.
Hydros / Hydrus
Personification of fresh waters in Orphic religion, born at the same time as Thesis. 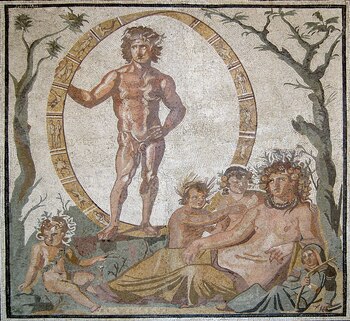 Thalassa
The personification of the primordial sea, daughter of Aether and Hemera, and wife of Pontus.