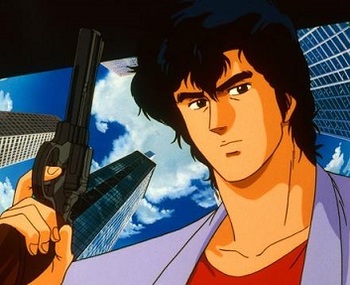 Ryô Saeba is the protagonist of the story. Living in Tokyo, Shinjuku. He's the most feared sweeper in town. He's a master of hand to hand combat, weapon manipulation and warfare tactics. He would be almost unstoppable if not for his only weakness: women.

Ryo's first partner in Japan, and his best friend before being killed. He's the reason Kaori works with Ryo. 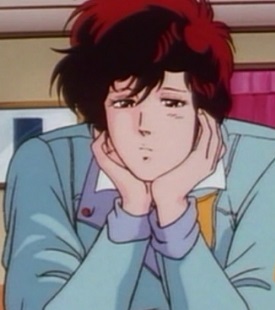 Hideyuki's little sister and Ryo's current partner. She's the only thing standing between Ryo and the female clients he lusts after. 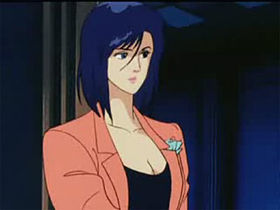 A gorgeous police inspector who tends to give Ryo very ungrateful jobs. She's also a good friend of him, and was Hideyuki's partner when he was in the police. 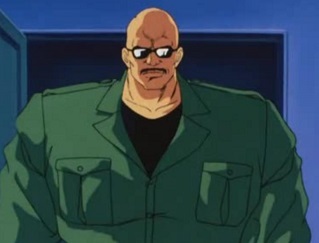 A gigantic sweeper and the only man in Tokyo that can fight City Hunter and hope to win.

When a merc, Umibozu saved a small girl and taught her to defend herself, only to run away when he realized he accidentally made her a Child Soldier in love with him. After over twenty years, Miki finally found him... And succeeded in marrying him.

The man who introduced Ryo to the sweeper job and to perversion.

A Phantom Thief who hired Ryo to help her, first for a heist and later to avoid an Arranged Marriage. She then went to work for Miki at the Cat's Eye, having been kicked out of home until she could get her heart back from Ryo (her grandmother's way to give her permission to marry her beloved Ryo).

An immunologist who ended up hiring Ryo for protection from a Corrupt Corporate Executive. She later fell in love with Ryo and started working as Doc's assistant.

Ryo's first partner in the US, and a top model to boot.Tropes associated with Rosemary Moon:
Sonia Field

The daughter of Ryo's second partner in the US. She arrived in Japan to kill Ryo by hiring Umibozu for the job.

Sonia's late father, killed by Ryo in a duel.

A friend of Ryo from Los Angeles, he's practically an American version of Ryo in both abilities, antics and perversion.

The leader of the Union's army, and their strongest fighter.

A professional killer with a long story with Ryo (mostly unscreen). We met him when he tried to kill Ryo's charge and when he decided to kill Kaori in revenge for being humiliated by Ryo.

Daughter of a Yakuza boss. Ryo was hired to guard her from a biker gang.

Kaori's biological sister, who searched her for years.

Kreutz
A general from Latoania, whose coup was indirectly ruined by Ryo, who was bodyguarding the president while he was in Japan.