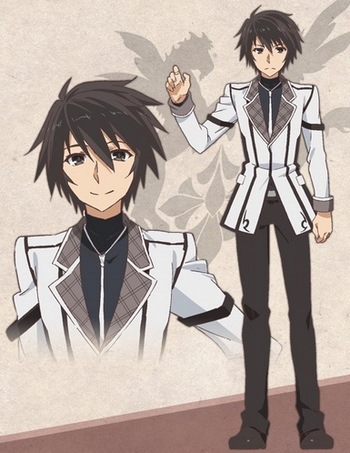 1st Year* note Was held back for 'failure to meet requirements'.
Rank: F
Device: Intetsu
Nickname: The Worst One (Failure Knight), Another One (Crownless Sword King)

"The Failure Knight" aka "Worst One" - Ikki Kurogane is famous in Hagun Academy - for being the only F Ranked Blazer in attendance. Thanks to his unwavering desire to prove himself as a capable Blazer, not only for himself, but to his family and the world, he has trained himself tirelessly in order to fulfill a promise he has with the new director Kurono Shinguji - win the Seven Star Sword King Tournament and she'll allow him to graduate. After beating Stella Vermillion, Shizuya Kirihara and Toka Todo in their duels, Ikki becomes a well-respected blazer throughout Hagun as "Another One". 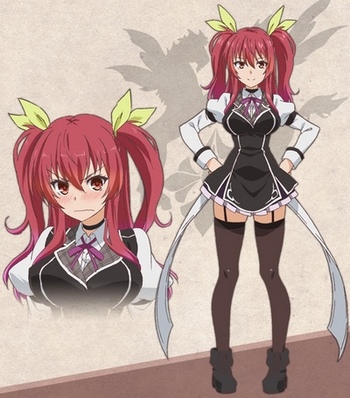 1st Year
Rank: A
Device: Lævateinn
Nickname: The Crimson Princess
Born to Sirius and Astrea Vermillion as the second princess of the Vermillion Empire, Stella became an A-Rank Blazer when she was young. She comes to Japan to study in an effort to keep aiming higher and catches the eye of Ikki Kurogane. Her drive to become the best that she can be, despite already being labeled a prodigy, is second to only Ikki himself. Her element is fire.
Shizuku Kurogane
Voiced by: Nao Tōyama (Japanese), Juliet Simmons (English) 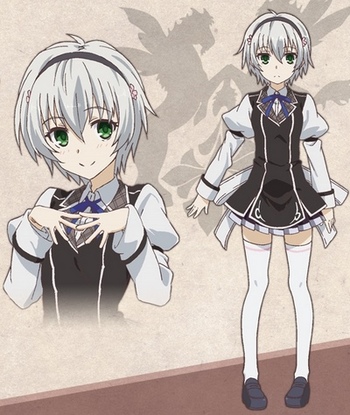 1st Year
Rank: B→A
Device: Yoishigure
Nickname: Lorelei
Ikki's little sister. She grew up in the Kurogane house along with Ikki until he ran away from home. Her element is ice.
Nagi "Alice" Arisuin
Voiced by: Shintaro Asanuma (Japanese), Chris Patton (English) 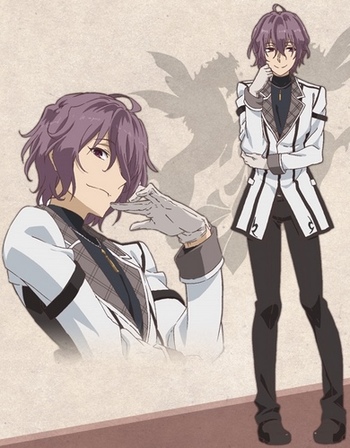