Main Character Index | Main Cast | Hagun Academy Students | Hagun Academy Faculty | Kurogane Clan | Akatsuki | Other Characters
open/close all folders
General
A prestigious clan that is known to produced many superior Blazers since the Meiji era, and one of the most distinguished families in Japan. 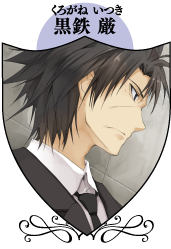