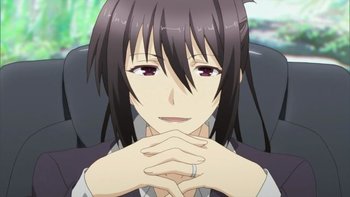 Rank: A
Device: Unnamed
Nickname: World Crisis
The new director of Hagun Academy, Kurono is a young woman in her mid to upper twenties. In learning of Ikki Kurogane's situation, she immediately fired all the faculty who were in on the plot and altered the curriculum to end any chance of discrimination using school policies. 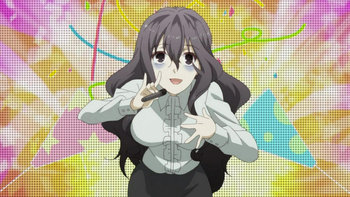 Rank: C
Device: Unnamed
Nickname: Violet Pain
Teacher of Year One - Class 1 and Ikki's previous homeroom teacher. She was one of the few teachers that sympathized with Ikki's plight but due to her weak constitution, she couldn't do anything against the other teachers.
Nene Saikyou
Voiced by: Yuka Iguchi (Japanese), Hilary Haag (English) 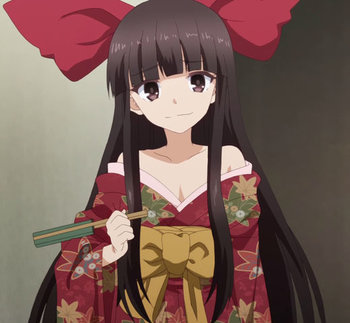 Rank: A
Device: Unnamed
Nickname: Demon Princess
The Japanese representative to the Olympics for Blazers, as well as a KOK note King Of Knights top contender, Nene is an extremely popular Blazer. She comes to the school on a teaching commission from Kurono and she immediately set her 'sights' on Ikki. Like Ikki, she's a Desperado.