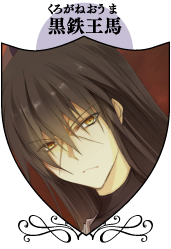 Rank: A
Device: Ryuuzume
Nickname: Sword Emperor Of The Wind
Ikki and Shizuku's older brother. The only A-rank student knight from Japan, and a participant in Seven Stars Sword-Art Festival from Bukyoku Academy.
Amane Shinomiya
1st Year
Rank: A

A very androgynous young teenage boy of Kyomon Academy representing them in the sword festival. There is far more to him than is immediately apparent.

Sara Bloodlily
Rank: C or A